There are many notable changes in Mario + Rabbids: Sparks of Hope in relation to its predecessor. One major change revolving around combat is that there are no more secondary weapons in the game. Instead, each character has their own unique weapon that they carry throughout the adventure.

What each weapon does varies greatly from hero to hero. Some weapons are focused on short-range combat, while others rely on hitting enemies from a long distance away. A couple even focus on hitting more than one enemy in one swoop. All the weapons in Sparks of Hope have their uses to them, but some may be more useful than others. 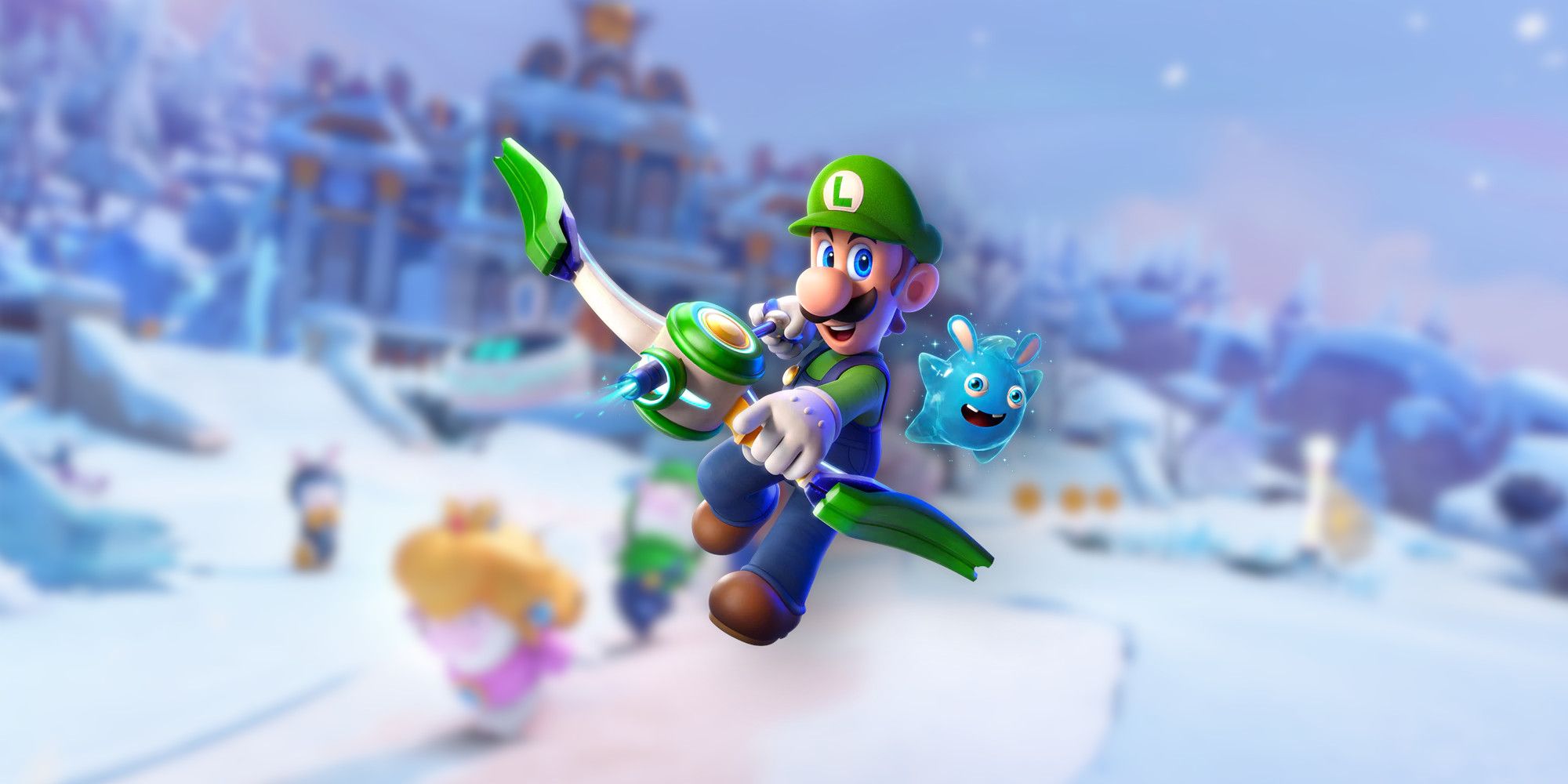 There are some massive stages that you will need to conquer in your journey through Sparks of Hope, so having a hero that enables the ability to take out enemies from a long distance can be incredibly helpful. That is where Luigi's Sharpshooter weapon comes in handy.

The Sharpshooter fires a bullet that can be aimed at enemies from a further point than pretty much any other weapon in the game. The projectile also builds speed the further it goes out, causing more damage the further the enemy is away from Luigi. Despite the weapon's power, being able only to fire once and the general lack of ridiculously big stages makes the Sharpshooter obsolete. 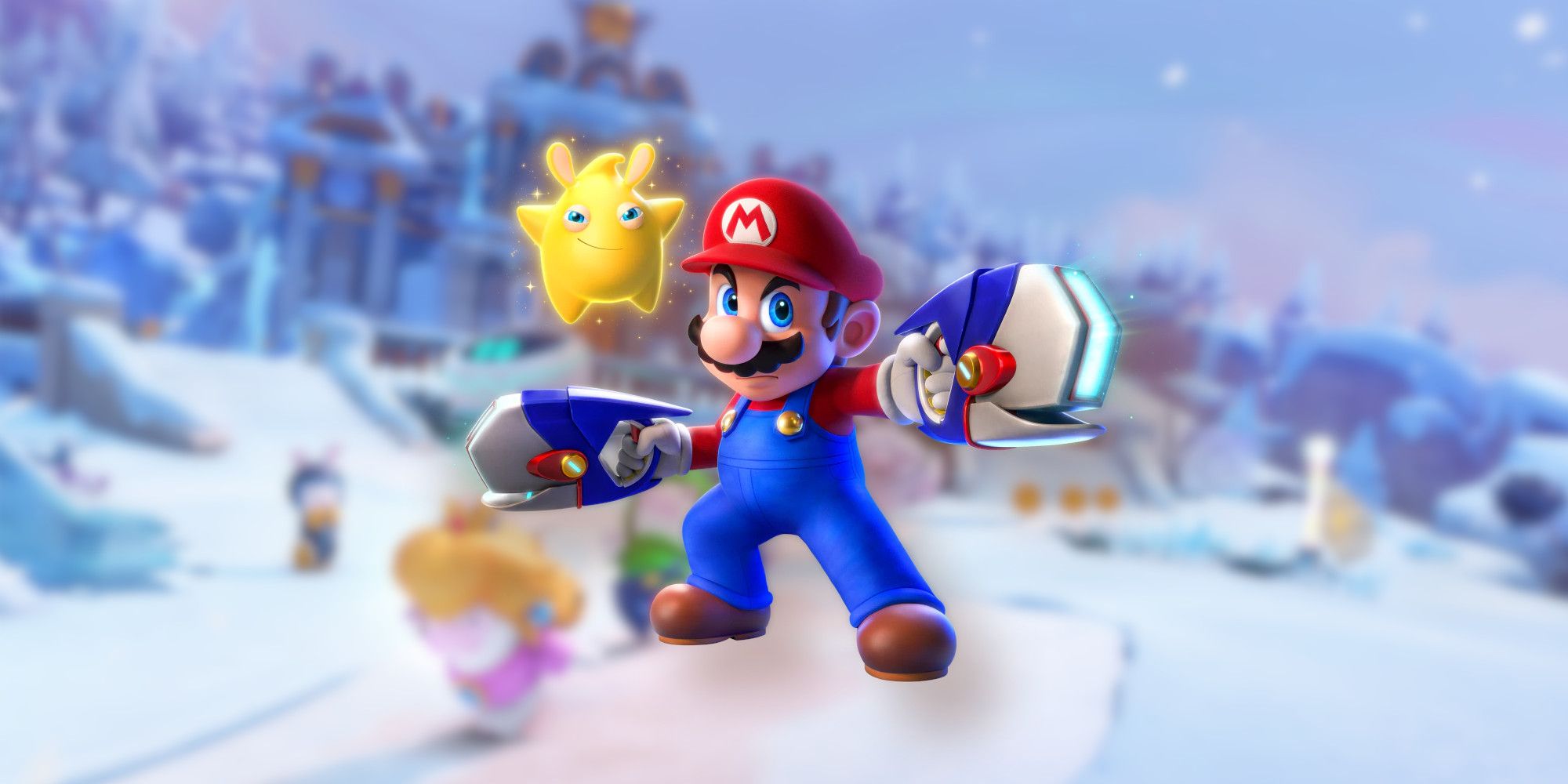 Mario always seems to get the short end of the stick in games where he isn't the only playable character, and while his weapon of choice can be useful in some situations, the Dual Slinger can leave a lot more to be desired.

This gun allows Mario to shoot at two targets, or one target twice, within 21 meters of him. While the idea of shooting multiple times seems appealing, the Dual Slinger does not ignore if an enemy is behind partial cover. Because of this, a single bullet in that enemy's direction will just hit the barrier instead. 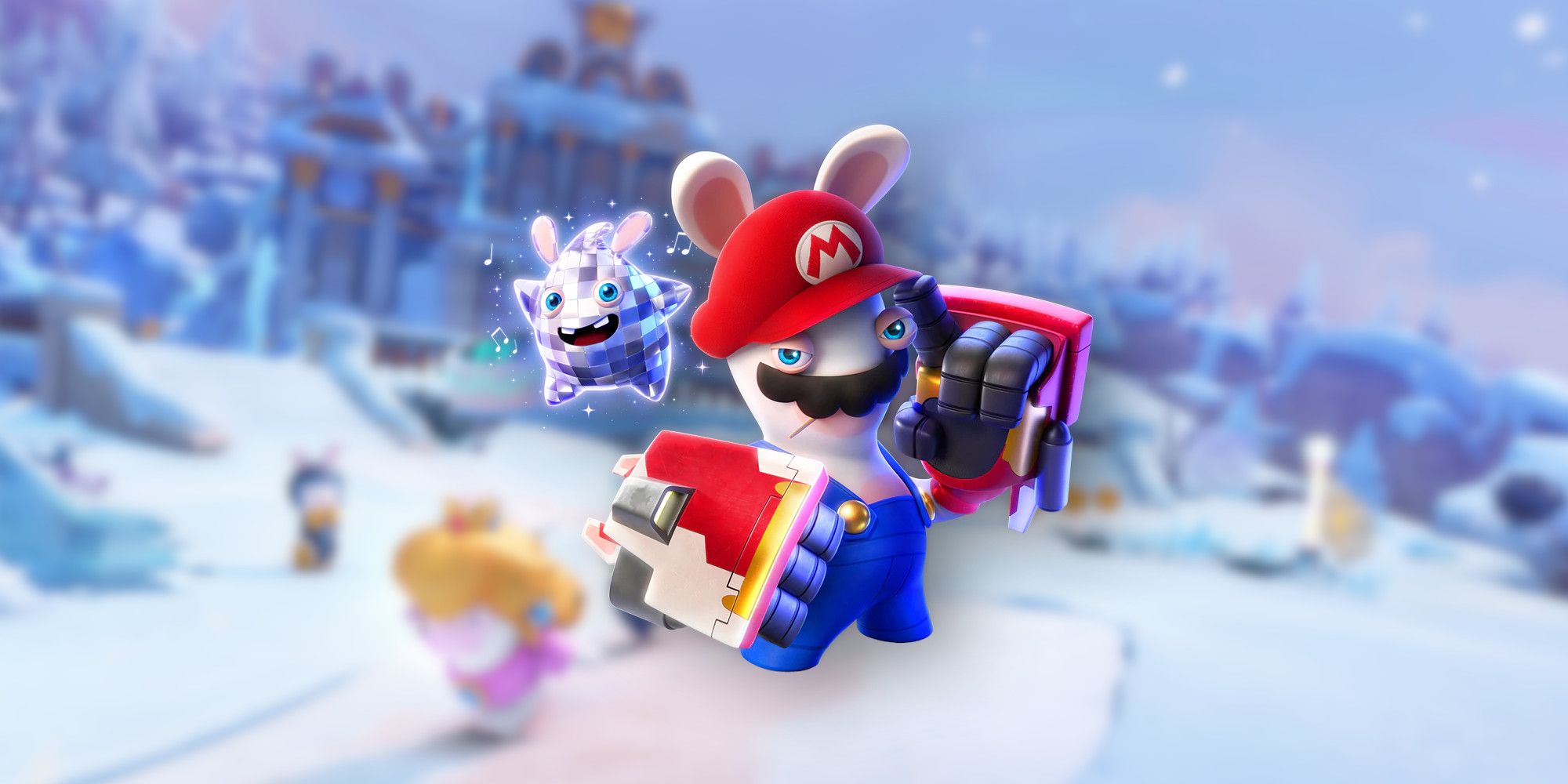 Most weapons in Sparks of Hope are guns, but there are a couple of exceptions. With Rabbid Mario, he is armed with a set of gloves known as "The Dukes." When targeting enemies that are close to him, the Rabbid can use these to hit all targets within a cone three times.

The Dukes can be incredibly strong, but their close range can be a hindrance when every enemy is too far away. Given Rabbid Mario's short hovering time, there may be points where the Dukes can't be used at all. The best weapons in Sparks of Hope are ones that should be able to be used in nearly every situation. 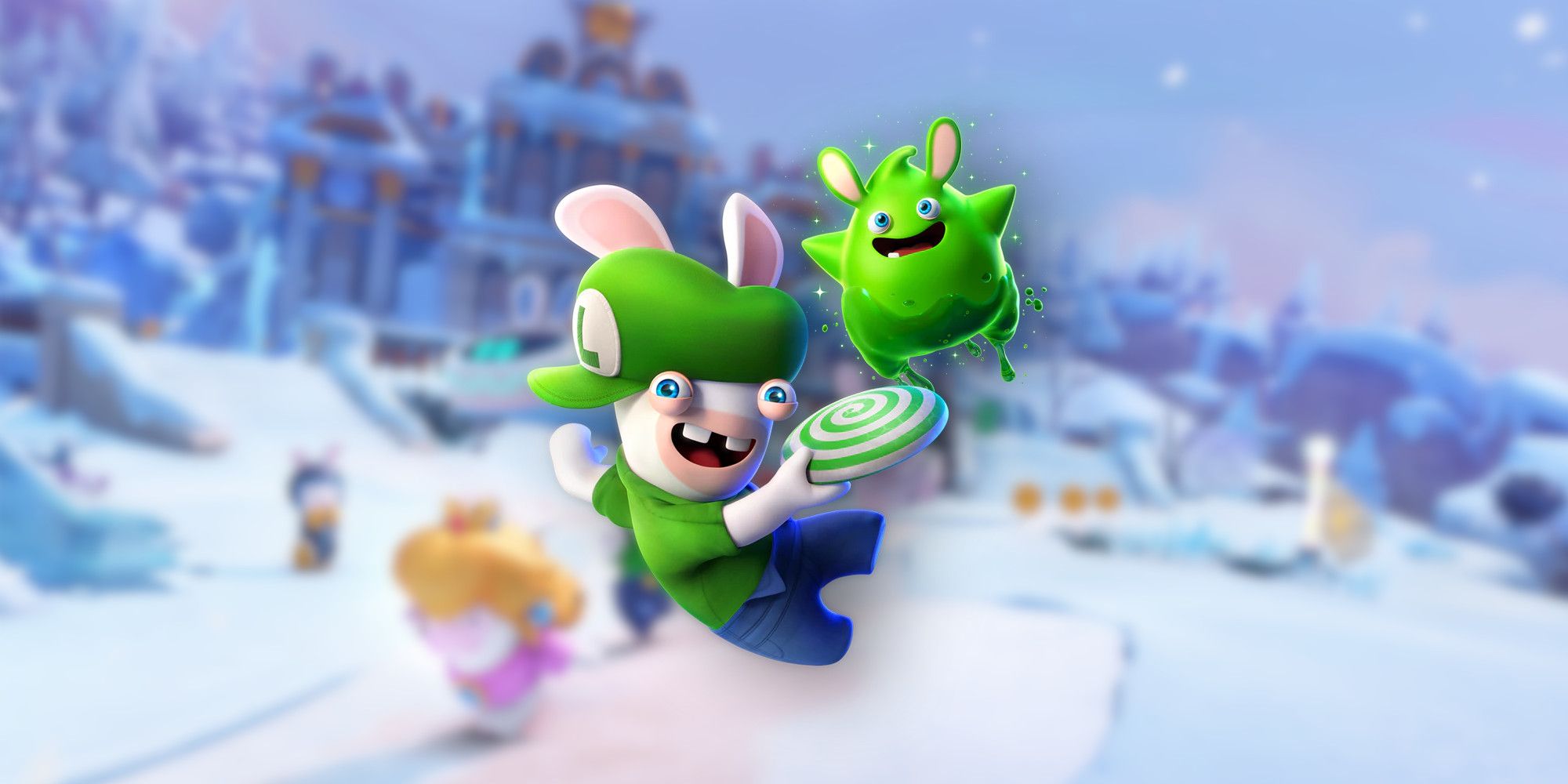 Similar to the Dukes, Rabbid Luigi's Discruptor is not actually a gun. Instead, it is a projectile that can be tossed at any point in battle and can hit up to three targets in one move. On top of that, the weapon ignores partial cover, so hitting enemies behind weaker barriers can be effective.

This is another weapon that can only be used at its full potential when Rabbid Luigi is in proximity to the targets. That said, it is slightly higher than the Dukes because of the wider area it can cover while also being a perfect weapon for applying status effects to the enemies it hits. 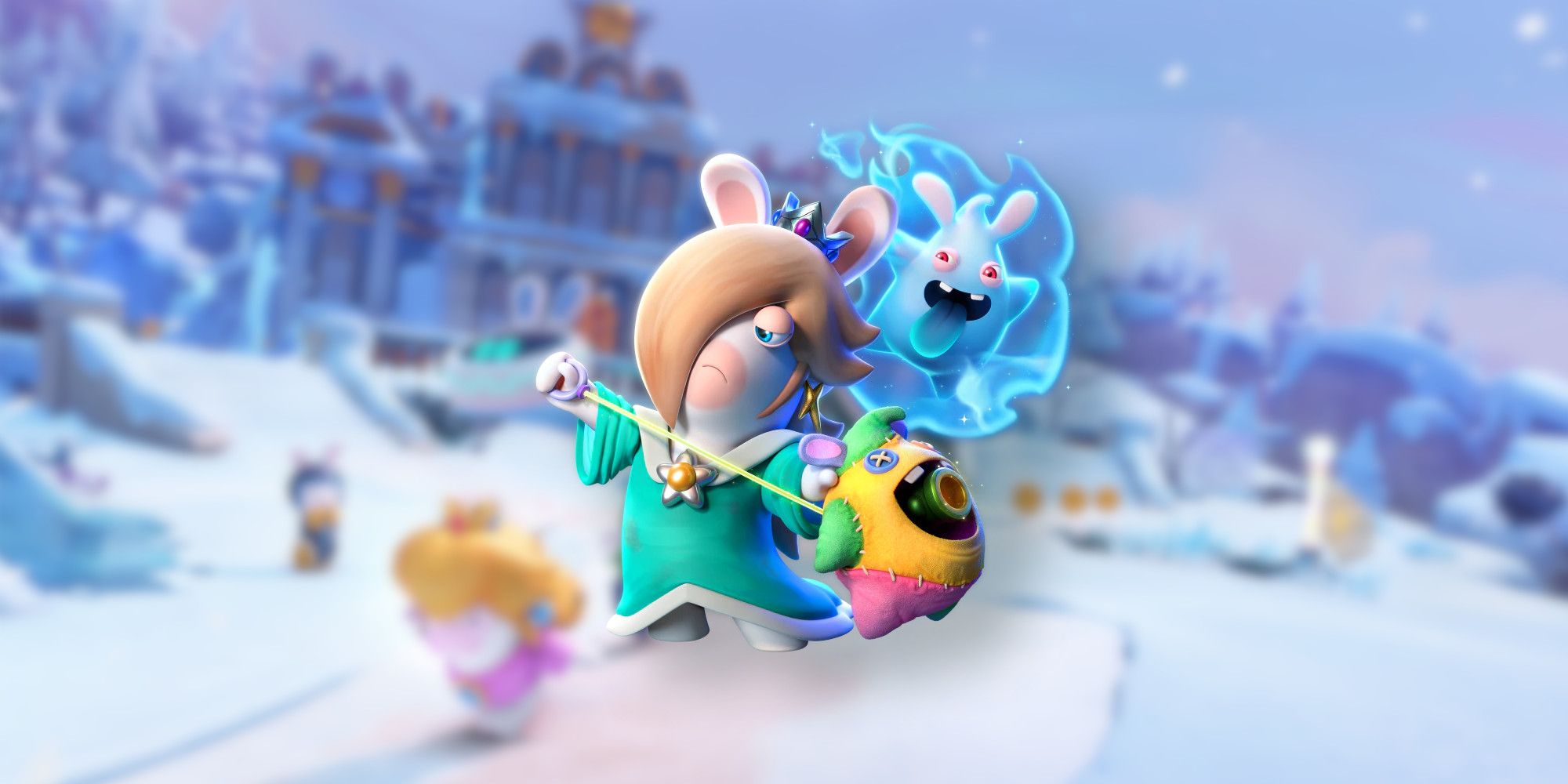 Cover can be a big problem when looking to target specific enemies in the game. Luckily, no cover is permanent as mostly everything that enemies hide behind can be broken down with various weapons or abilities the heroes have on hand.

One of the most effective weapons at clearing a barrier is the Kaboomer, which is Rabbid Rosalina's weapon. The gun shoots a series of rockets that can quickly break down a barrier and even take a few shots at the enemy that was hiding behind it. It is a limited weapon because of its short range, but it is effective in destroying enemy shields. 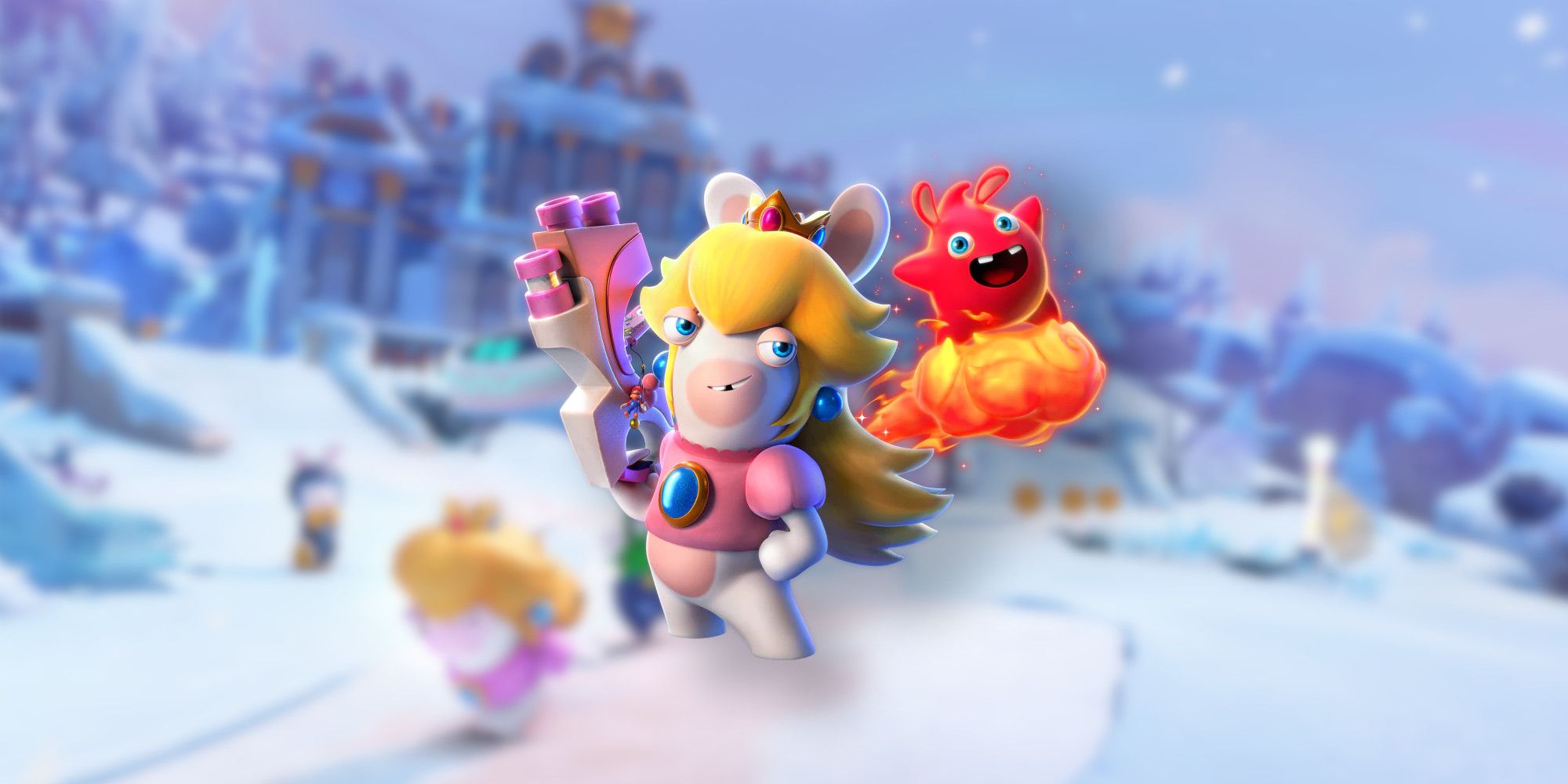 Another weapon that may not be the main tool to take out enemies but is certainly effective is Rabbid Peach's gun, also known as the Triple-Troll. The device shoots three missiles at a single enemy and knocks down their health a decent amount if it doesn't outright kill them. 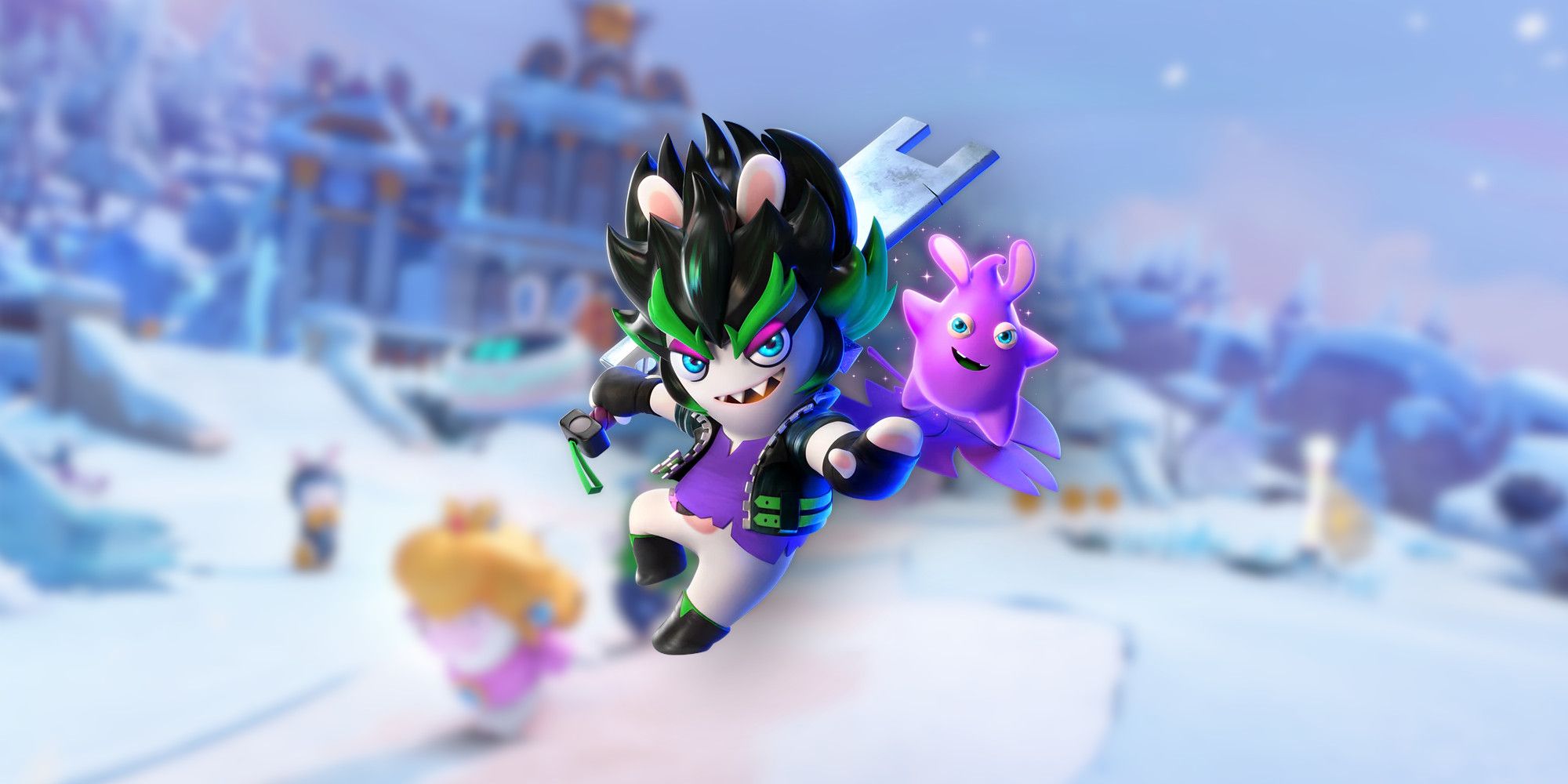 Edge is a brand-new character in the Mario + Rabbids series and one that is surrounded around mystery, even if her attitude is relatable. What is not a mystery is that she has a really cool blade that can do a ton of damage to a lot of enemies when used at the right time.

As the name implies, the Flying Blade is not really a melee weapon. Its purpose is for it to be thrown at an enemy that is a little away from Edge. The sword is effective because its spinning movement will also hit non-targeted enemies in its path. Especially with a status effect, it could cause a lethal chain of events. 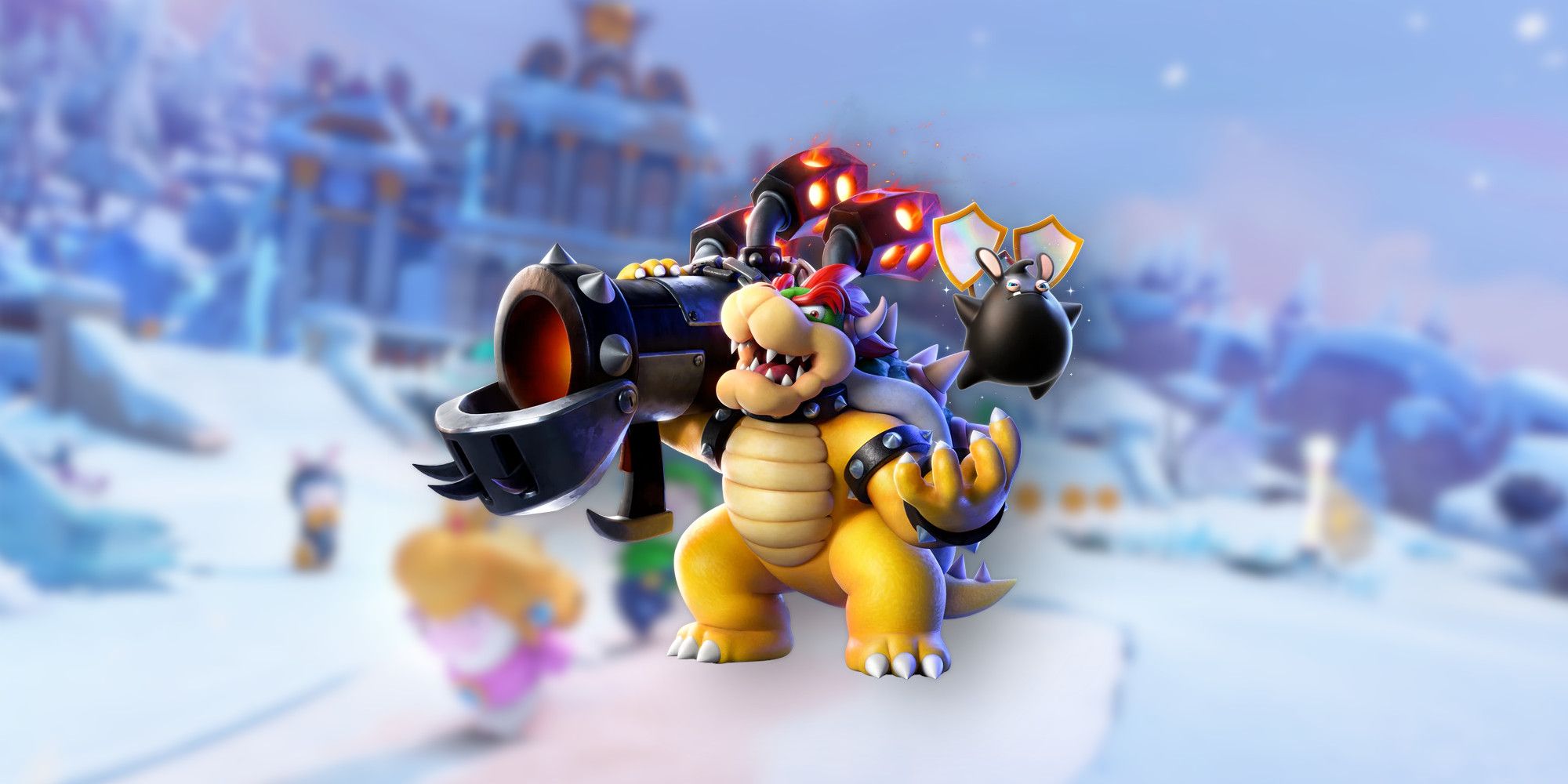 Bowser is one of the final heroes that you will recruit in the game, so it makes sense that he also has one of the best weapons in Sparks of Hope. Introducing the Bowzooka, a gun with a pun that is as brutal to use as it sounds.

The weapon fires a projectile that explodes on impact, not only dealing heavy damage to the targeted enemy, but also damaging those around the enemy. It is also yet another gun that ignores partial cover, meaning it is much easier to target enemies that are attempting to hide out of sight. 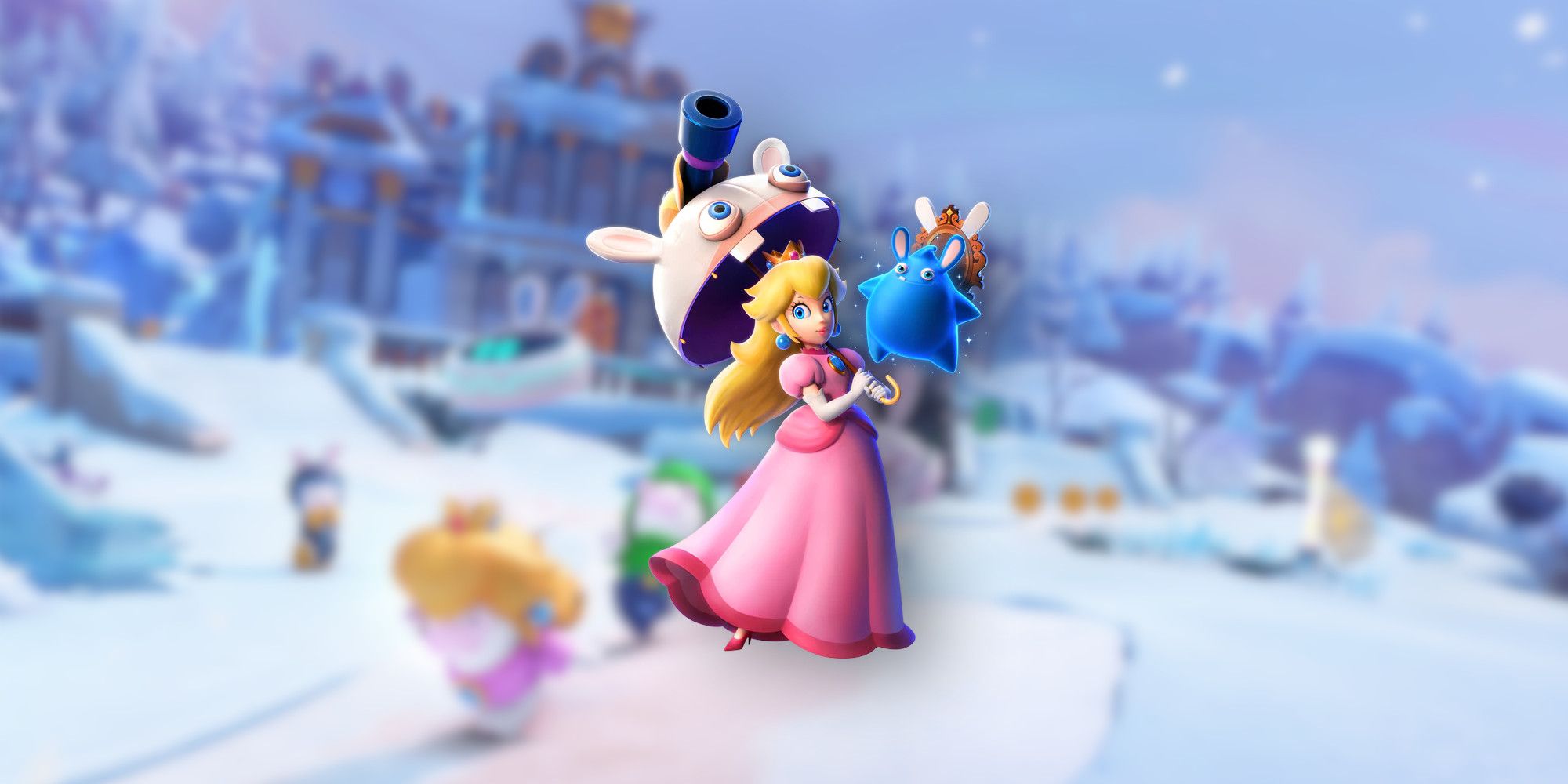 When it comes to weapons that can be incredibly deadly, it is hard to overlook the Boom-Brella. Princess Peach's main weapon, the Boom-Brella unleashes a wave of hurt at any enemies that fit within the range of its cone.

While it does do less damage the further the enemy is, it is such an effective weapon when it comes to taking out a bunch of enemies in the immediate area. This is also another weapon that is great when applying status effects, as a lot of bad guys can be hurt by the initial blast and then take additional damage.