The Shadowrun Trilogy, a collection of the three revived Shadowrun RPGs, has finally made its way to consoles. The compilation brings with it all of the improvements and extra content present in the Director's Cut editions, letting a new batch of players dig into the unique cyberpunk-meets-Tolkien series.

The games are especially worth playing for their writing and dialogue, with interesting characters and stories that stick with you. The world-building is dense and fascinating, but with so much detail, there's a lot that the games simply can't cover – and you might have a question or two once you've blasted through the campaigns.

7 What Happened In The Laughing Man Incident Of '55?

The Shadowland BBS message board is a really cool in-game resource that lets you see how other deckers are reacting to in-game events; it helps to add flavour to Shadowrun Trilogy's world. But it also raises more questions than it answers.

For instance, in Shadowrun Hong Kong, browsing the message boards will reveal a mysterious, long-running grudge that one of the admins has against slam poetry, of all things. This grudge was ignited by an event that the game only refers to as "The Laughing Man Incident of '55." To make things even more mysterious, the Laughing Man seems to refer to Harlequin, an actual character in the game. What horrible poem did he write?

6 What Did Gutshot Do? 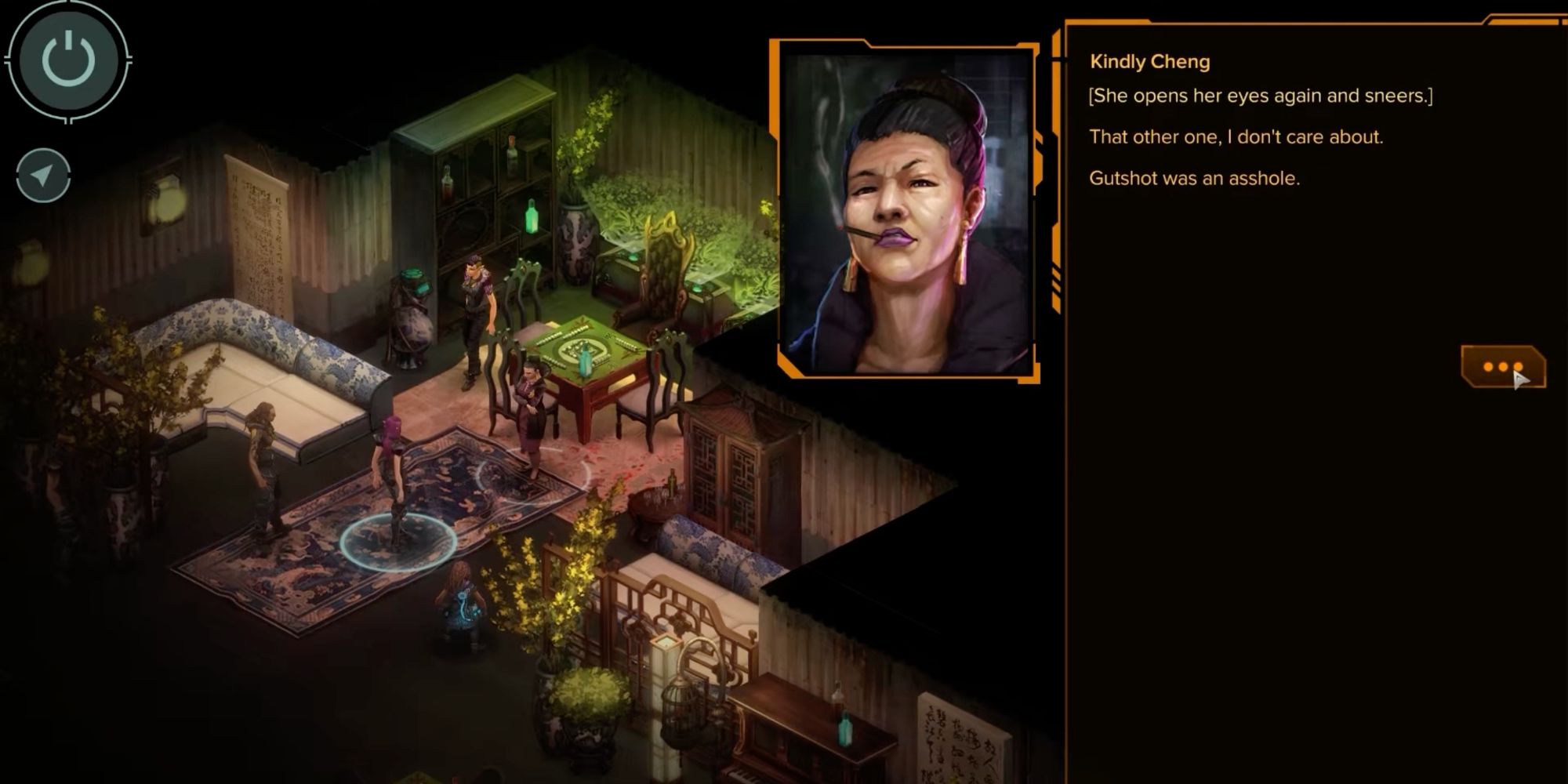 During Hong Kong's tutorial, you'll take on a mission with some new partners that goes horribly wrong, leaving several of those new friends dead. Since you've just met them, you won't know much about their personalities.

But other people do, and it seems that one of your dead teammates – someone named Gutshot – was not terribly well-liked. When mentioned, pretty much everyone will just say that they hated him. Which only raises the question: how much did Gutshot suck that no one can even be nice to him when he's dead? 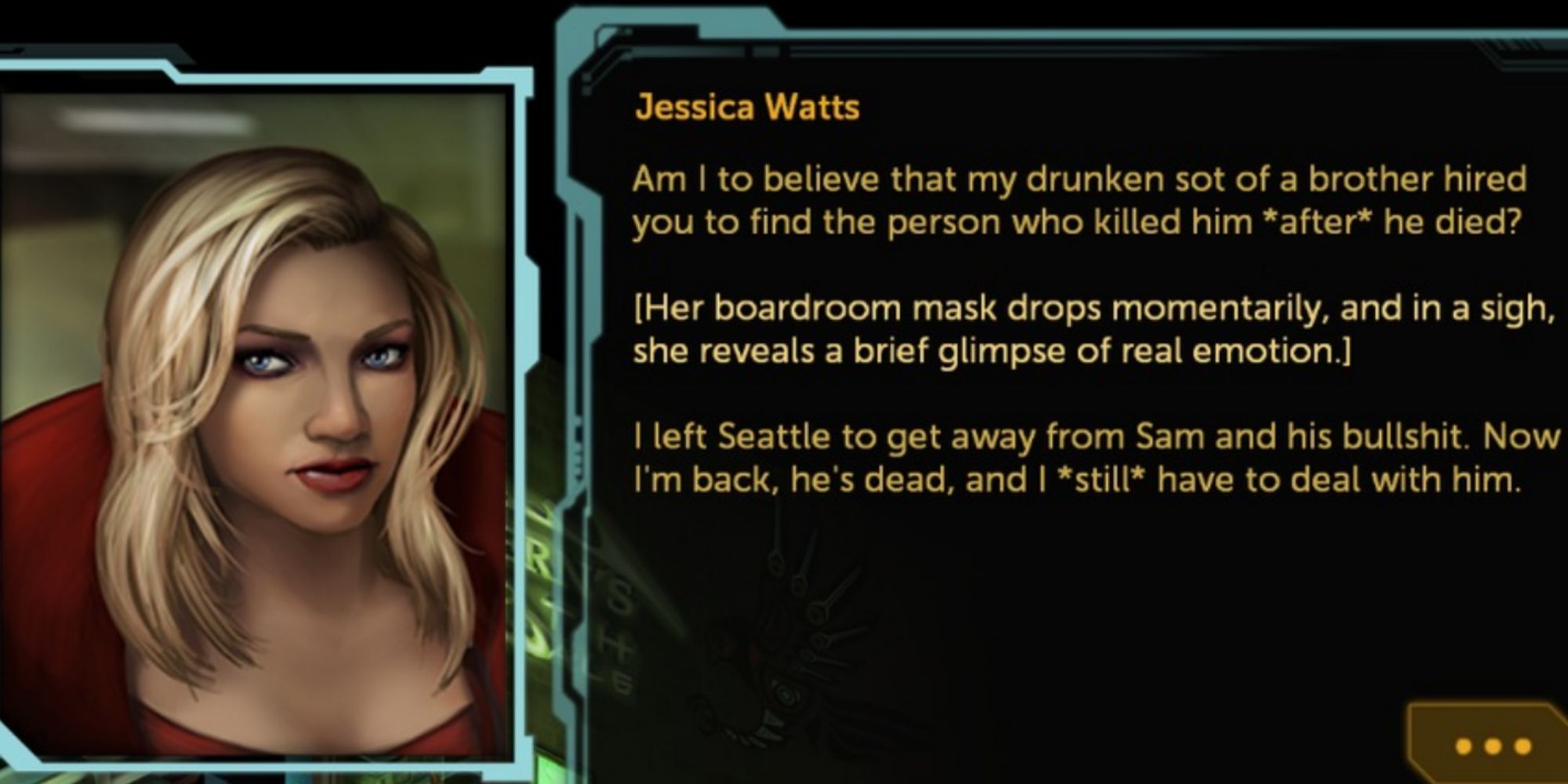 In the first installment of the trilogy, you'll be given a mission by Sam Watts – or, more accurately, by Sam's ghost. You see, Sam is dead, and the mission is sent to you posthumously. This setup brings you to Seattle, where you'll soon meet his very… suspicious sister, Jessica.

It turns out that Jessica is involved with a cult called the Universal Brotherhood, which is responsible for unleashing insect spirits on Seattle. At the end of the game, you'll discover that Jessica herself is responsible for Sam's death. But given the mind-controlling powers of the insect spirits, it remains unclear whether she was under the influence of the spirits, or if she was just a really sucky person. In Shadowrun, either is a possibility. 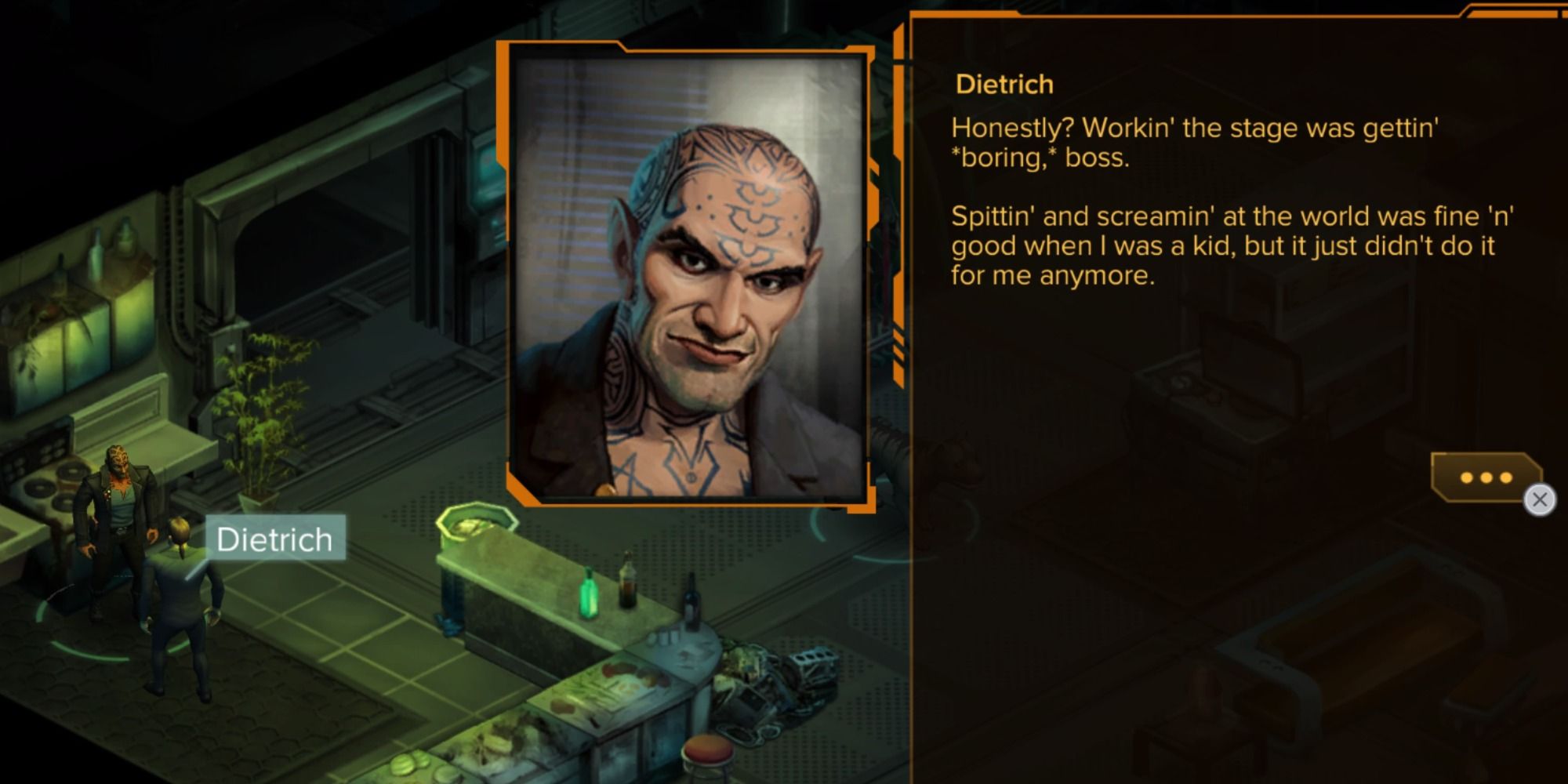 In Shadowrun Dragonfall, the second game in the trilogy, you'll meet an aged punk named Dietrich. Back when Dietrich was younger, he was the lead singer/screamer for a punk band called MESSERKAMPF! – yes, the all-caps and the exclamation point are part of the name – and while the band never quite took off, he still reflects fondly on his touring days.

Furthermore, in Hong Kong, you'll learn that MESSERKAMPF! did actually gain a fanbase further East. But you'll never hear their music in the game, which begs the question – what did they sound like? Was it truly mosh-worthy?

3 Where Did The Noodle Extruder Come From? 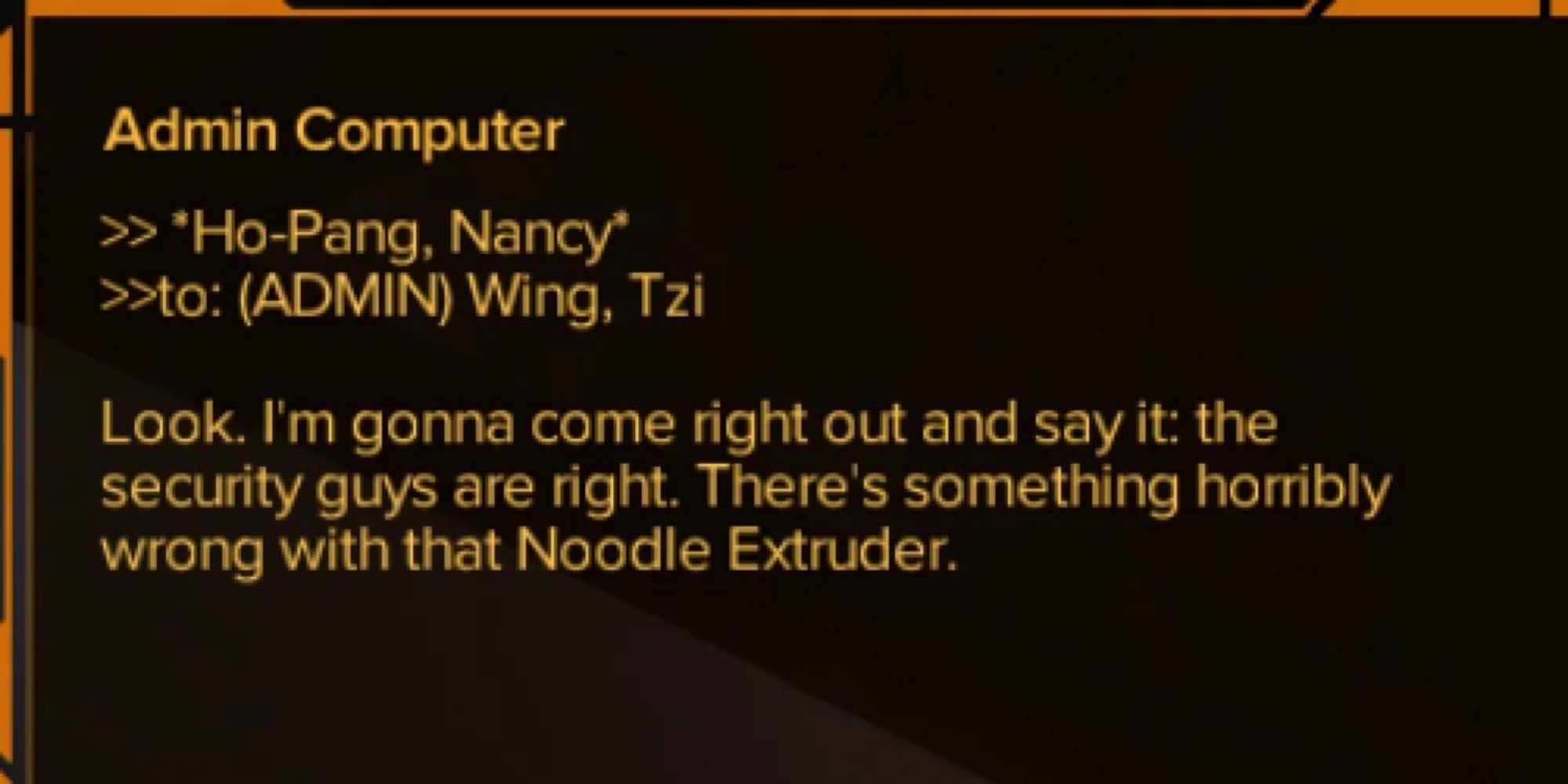 If you explore Shadowrun Hong Kong thoroughly, you might hear whispers of a terrifying, unexplainable object of supernatural origin: a Noodle Extruder. Yes, a device that creates noodles.

But this Noodle Extruder never needs to be plugged in, nor does it need to accept payment in order to produce its carb-loaded eldritch horrors. It can simply extrude noodles whenever it's asked, no matter the circumstance. No one knows where it came from, how it works, or what spirit has taken up residence inside the machine. It's a deliciously terrifying mystery.

2 What Has Jake Been Up To?

In a delightful callback for series fans, the first game in the trilogy lets you briefly party up with Jake Armitage, the hero of the first Shadowrun console game for the SNES. Back in the day, Jake was one of the most powerful characters in the Shadowrun universe, able to wield both magic and hacking abilities with equal aptitude.

However, when you meet him, his abilities have been drastically downgraded, and he's fallen on some difficult times. He's still a tough cookie, of course, but it makes you wonder what the intervening years have been like for him.

1 What Happens To Ku Feng? 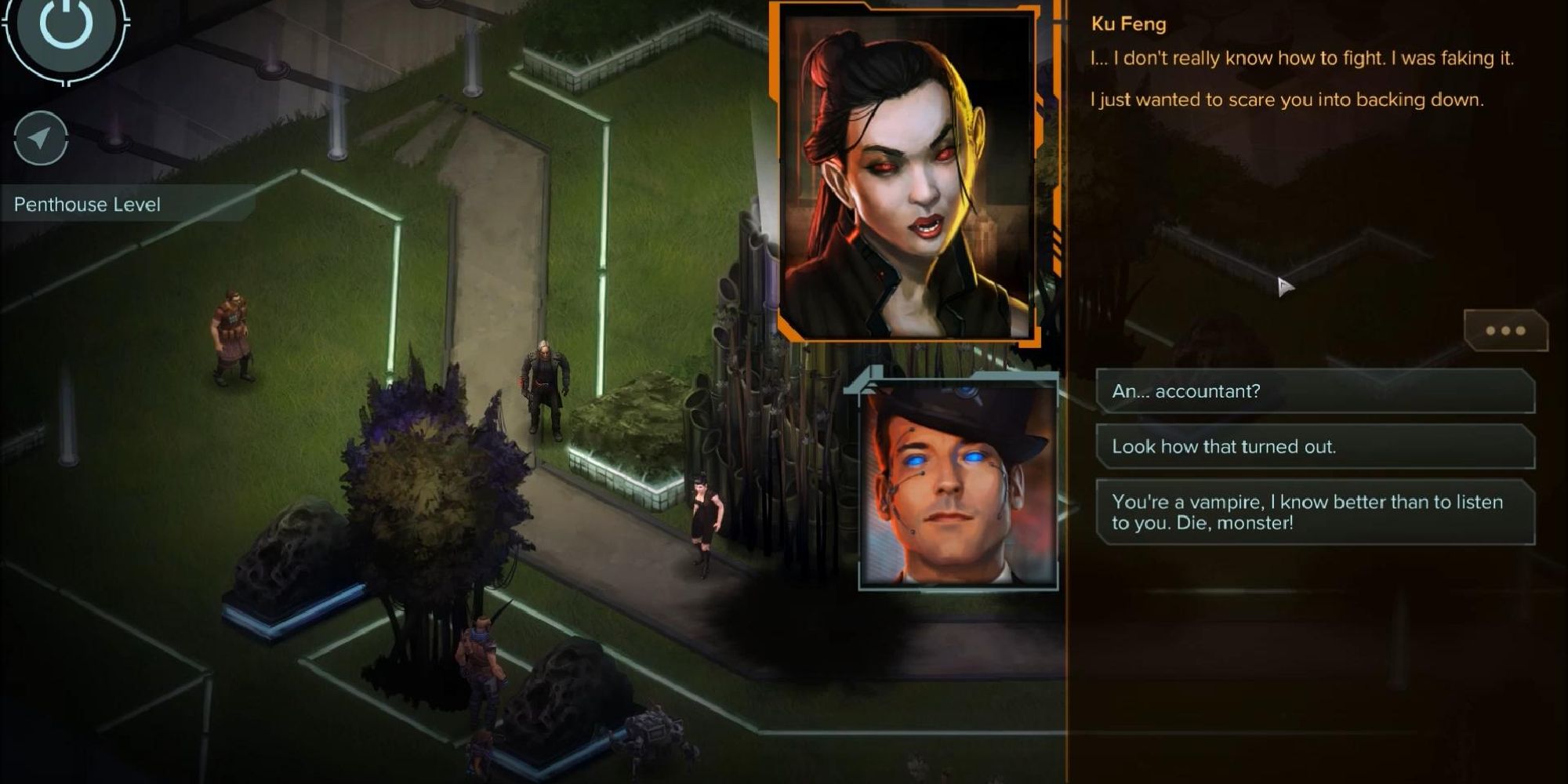 In one of Hong Kong's more interesting subplots, you'll come across a vampire named Ku Feng, who presents herself as a fearsome denizen of the night. But when you get to know her better, you'll learn that she was just an ordinary accountant before she was turned, and she still struggles with anxiety over her new status.

If you persuade her to fully embrace her true form, she'll transform into a badass and will even join you on your final mission… though she'll duck out before the final boss. Her character arc begs the question: what happens to her after you complete the mission? Does she become a true queen of the underworld? Does she go back to accounting?