5 Things To Do After You’ve Beaten Chrono Cross

Chrono Cross ends the first time you beat it. The credits roll, and whether you got the game's true ending or its less-than-stellar one, it won't be long before you're shuffled back to the main menu. Wait, that's not how to kick off a guide about things to do after beating the game. Let's start over again.

It's accurate to say you've claimed victory over the story's villains when those credits first roll in Chrono Cross. On the other hand, you've by no means completed everything the game has to offer – and that is doubly true in the case of Square Enix's April 2022 remaster, Chrono Cross: The Radical Dreamers Edition. Allow us to serenade you with five big tasks ahead of all those who seek even more fun time in a gorgeous little archipelago called El Nido.

5 Max Your Stars for Optimal Stats 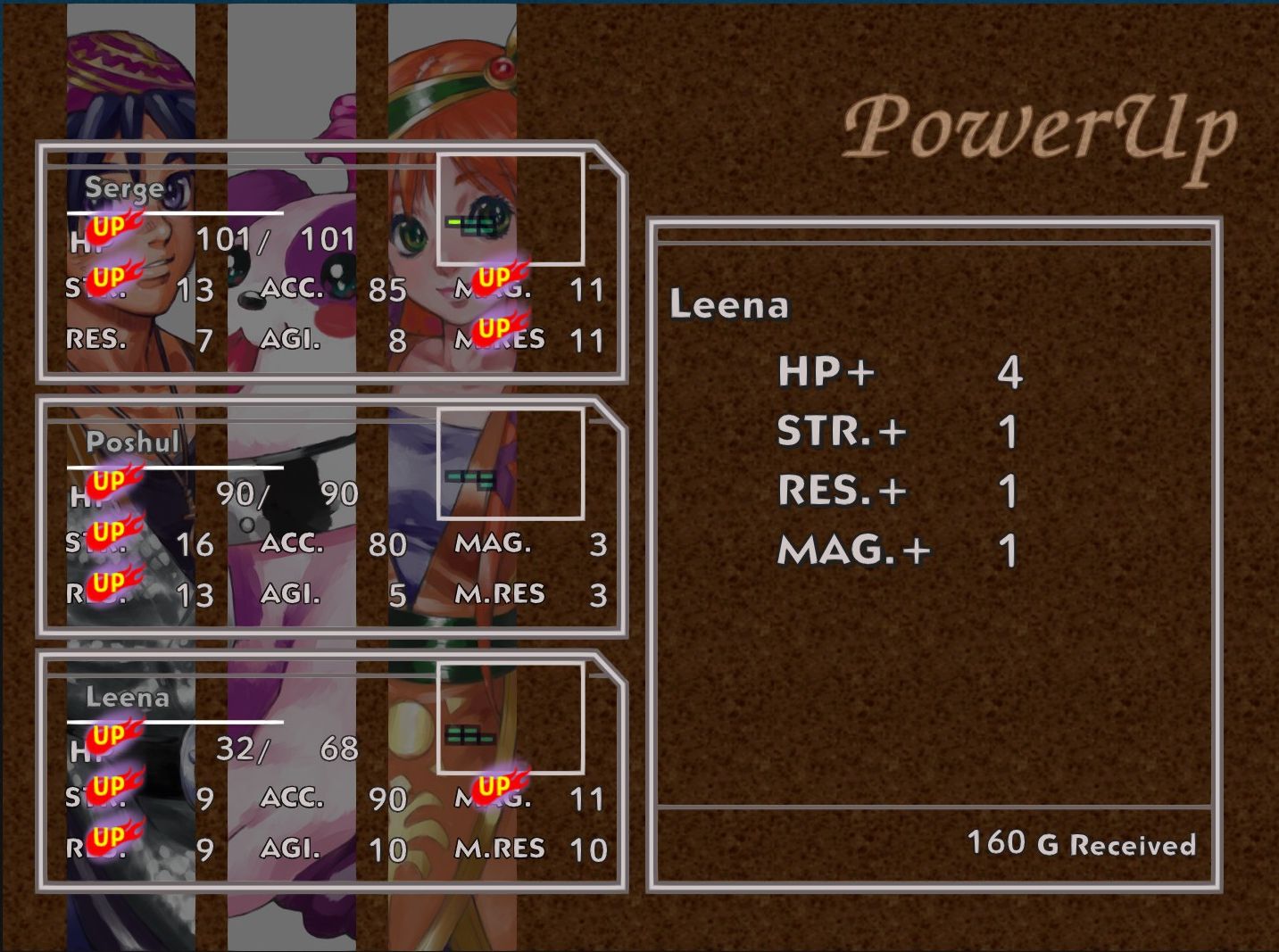 You've probably figured this one out already unless you're reading our list without putting any time in the game just yet, but most of Chrono Cross' pivotal battles conclude with an increase in Star Level. One of these is from an optional fight, so upon beating the game you will have attained either Star Level 47 or 48.

The important thing to note about all this is that while your characters can ultimately achieve a maximum Star Level of 99, there are nowhere near enough bosses to accomplish this in a single playthrough. Carrying things over to New Game Plus, you will notice that even ol' Mama Komodo will fork over not your first start, but likely your 49th. Since your stats carry over, you'll brutalize the poor thing on your way to maxing out all your stats. Hey, at least pesky fellows like Garai may still leave you with more than a glancing blow!

4 See Story Sequences You Missed On Your First File 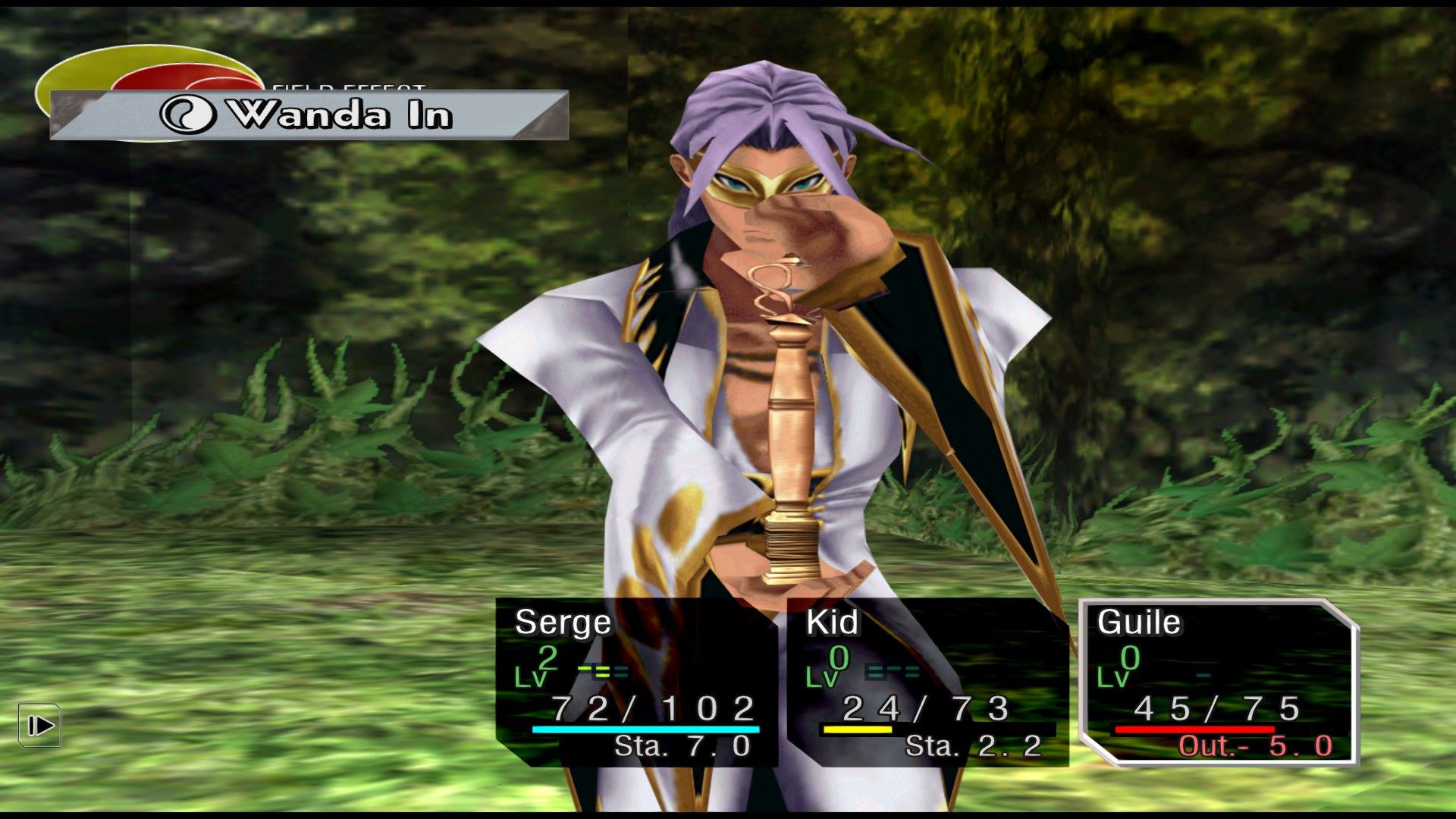 Very early on, Chrono Cross forces players to choose between three characters to serve as a guide for Kid's goal of sneaking into Viper Manor. Your choices are Nikki, Guile, and Pierre. Each of them offers a bit of unique story content, though it's nothing major. Nikki's, for the record, ties into the main plot a bit more. But if you're on New Game Plus, there's no good reason not to explore another of them, and then the final option on your third run.

Far more consequential is your decision to either help save a certain illness-stricken heroine or leave her be and carry on with your adventure. This happens fairly soon after our aforementioned guide-picking portion, and the next hour or so of Chrono Cross' plot – as well as not one, not two, but three changes in characters you can recruit – is determined by your action. One more playthrough and you'll get to see the other side of the story.

There are, in fact, even more divergences. Go forth and experience all the narrative has to offer! 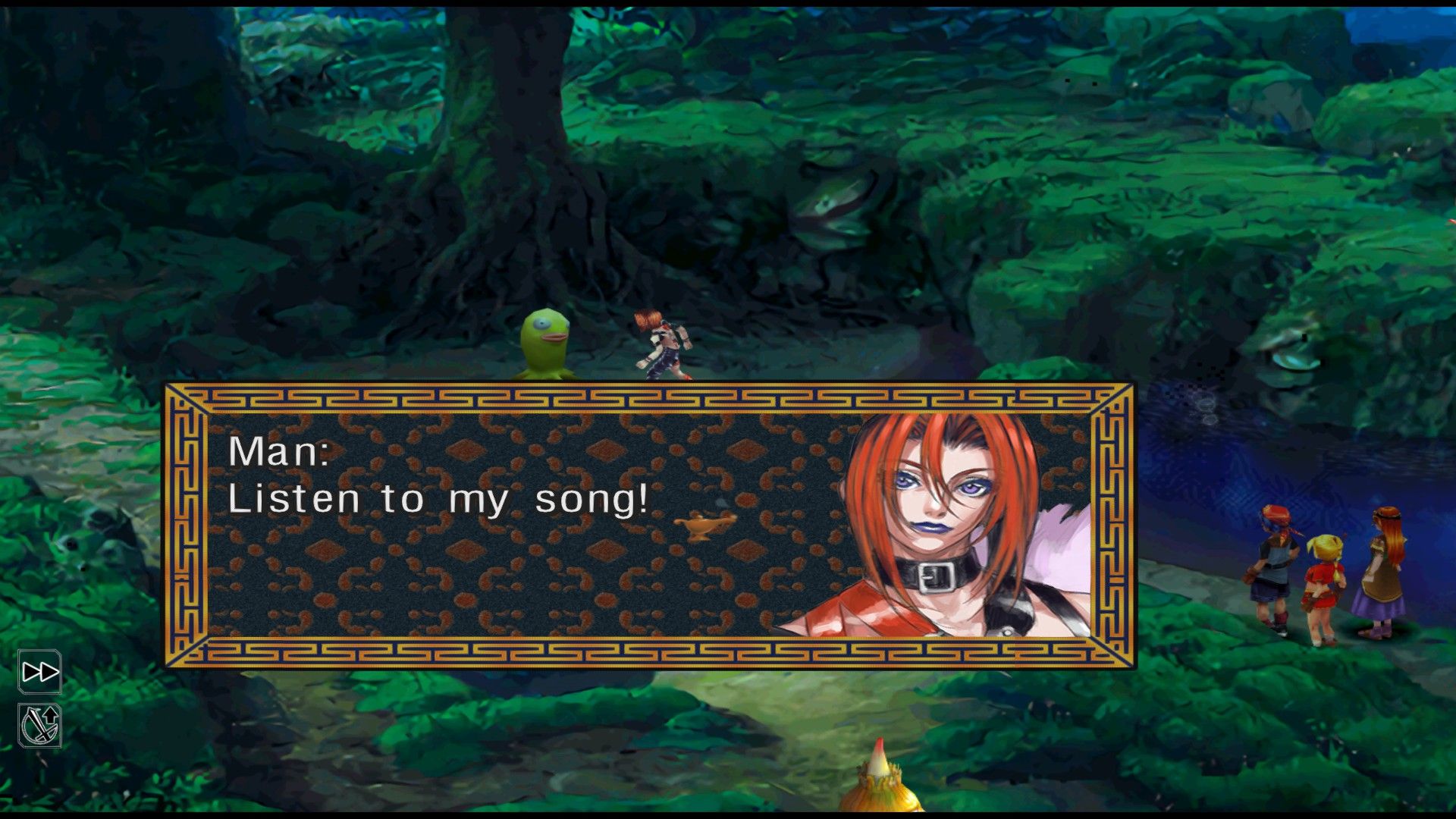 Surely, you're interested in gathering together all 45 (!) potentially recruitable characters in Chrono Cross, yes? Well, if we're wrong, feel free to skip this section. But bear in mind that this is kind of the end goal most players have set for themselves through the years, and the tacked-on sweet and simple reward of finding out how different people react to Serge's quest is arguably worth the effort.

A total of 19 characters will tag along with you on your first playthrough no matter what you do, and several others must be selected from along the way, but you'll still have plenty left to snag on future runs. 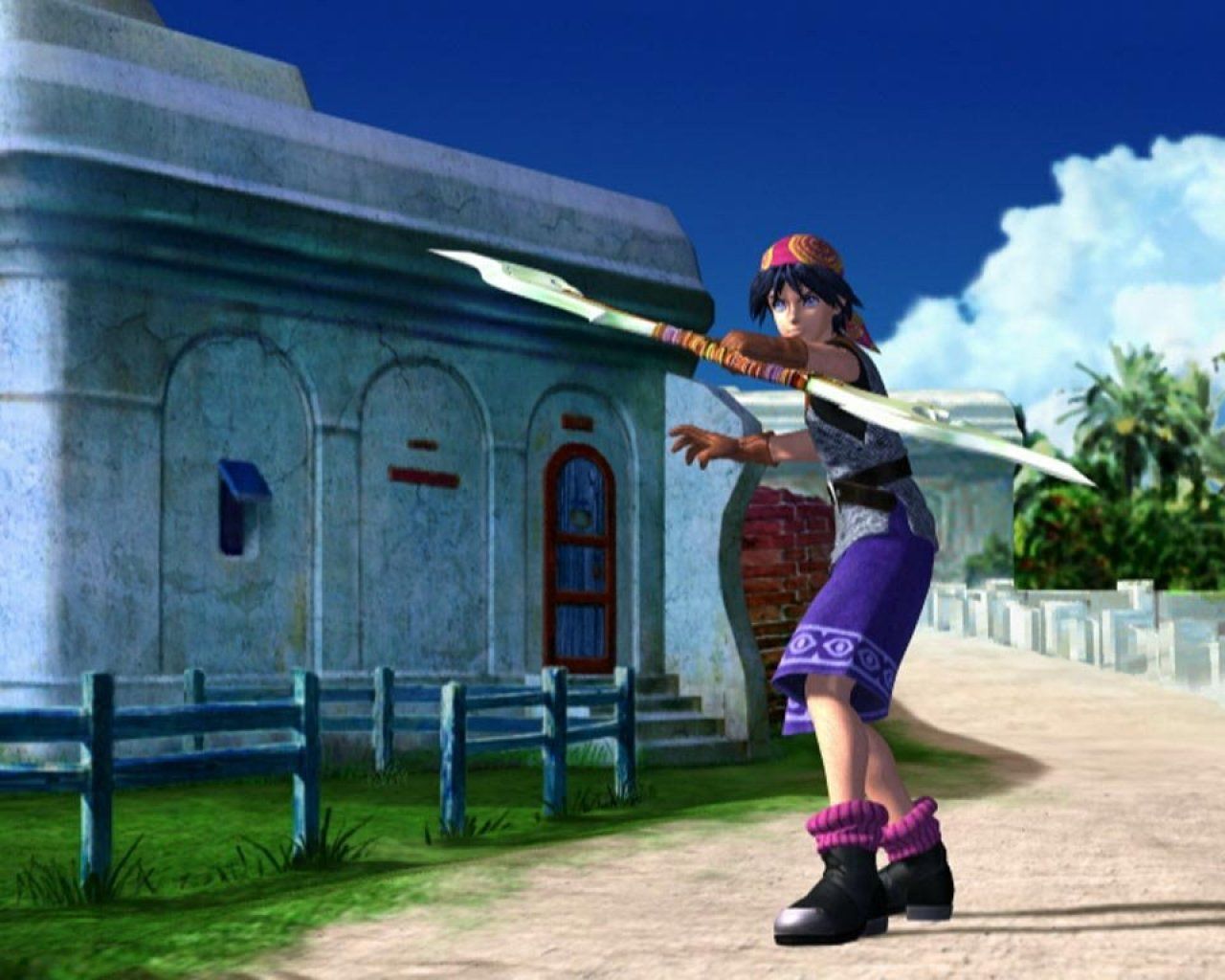 Needless to say, the original version of Chrono Cross didn't offer trophies. Those shiny virtual representations of a job well done didn't enter the gaming world until the days of Playstation 3, when Sony took a note from Microsoft's playbook with Xbox's highly successful achievements system.

Some games have fairly underwhelming trophy lists. You'll be rewarded seemingly every step of the way, and you can grab another Platinum with your eyes half-shut. Others, like Chrono Cross: The Radical Dreamers Edition, are actually pretty demanding. Earning this game's Platinum is going to take some effort, not to mention the multiple times through the story that we keep mentioning for everything else. You'll pat yourself on the back enough times to leave a bruise if you aren't careful, so maybe be careful, yeah. 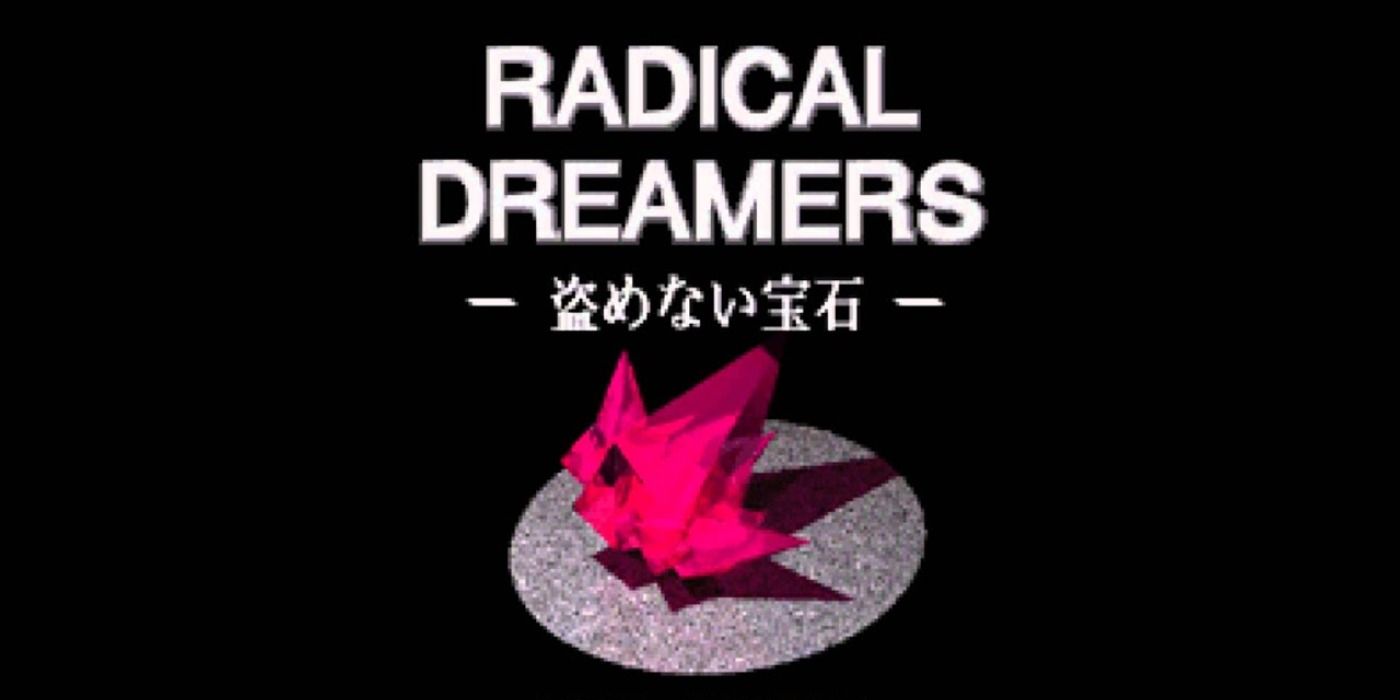 If you did this before or during your time with Chrono Cross, then obviously our suggestion won't apply, but the somewhat daunting nature of this 1996 visual novel may have put you off. Radical Dreamers features an oddity, namely an invisible HP bar; you'll note that Serge worries increasingly after mistakes are made that death could be in his immediate future.

Get past all that, however, and you'll find a remarkably well-written text-based adventure that's finally been officially localized 22 years after Chrono Cross reached North American shores. (Poor Europe and so forth never got the game until now, so your wait is over for the entire package.)

On that note, we'll leave you with a strong recommendation. After you've beaten Chrono Cross and Radical Dreamers at least once, watch the credits again via the game selection screen (the first screen you'll encounter upon booting up Radical Dreamers Edition). They're long, and nothing new will emerge until the tail end, so feel free to multitask. But keep your TV, monitor, or portable-mode Switch in your peripheral, because there's a lovely little story bonus that only appears here. Longtime Chrono fans in particular should find this brief but glorious bit absolutely fantastic.