Games stick with us for a variety of reasons. Perhaps you became addicted to the cycle of progression; powering up your character, unlocking new gear, leveling up. Maybe the gameplay held enough variety and excitement to keep you hooked for hours. Perhaps you wanted to see every corner of a game’s expansive open-world.

For many gamers, it’s the story that ropes them in. Some gamers only play games for their story; they want an interactive narrative that they can be a part of and be whisked away by. For this list, we have avoided the games that have more story than gameplay, and instead focused on those with excellent stories that are also mechanically strong and well-designed experiences. These are the stories that have gripped us won’t let go.

Updated on February 27th, 2020 by Anastasia Maillot: The year 2020 holds a lot of promise when it comes to brand new story driven games. Upcoming titles like The Last Of Us Part II and Cyberpunk 2077 are bound to expand the selection of such games, and pave the way for even better releases in the future.

While waiting for the major story-driven releases of 2020, we decided to expand this list by five more games. These titles are guaranteed to satisfy any gamer’s thirst for incredible, compelling storylines, with the option to also influence where the story is headed through quests and choices. Some might even pull a tear or two from even the most hardened players. 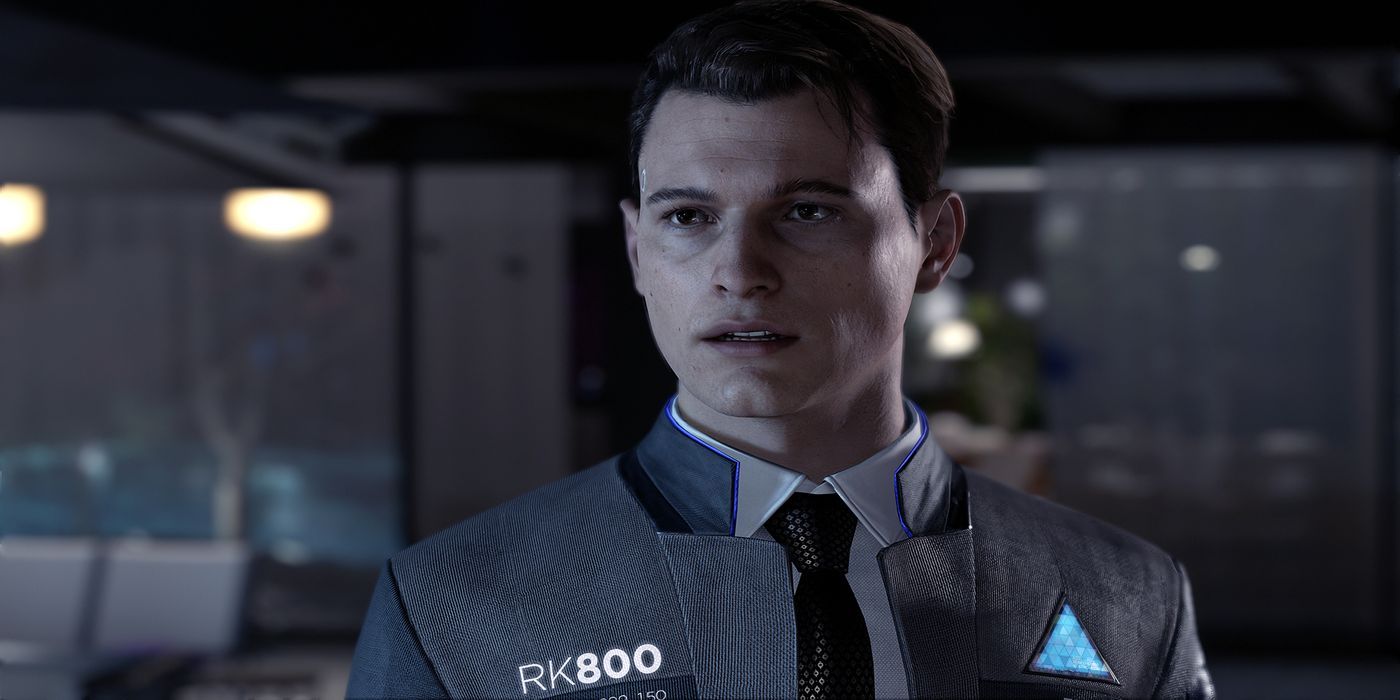 In 2019, Detroit: Become Human saw its PC release after being a PlayStation 4 exclusive for some time. As one of the strongest titles to have come out in 2018, it was a massive addition to the ranks of games with robust storylines the player could actively influence by making specific choices.

DBH takes players into a near future, where androids serve every whim of mankind. However, underneath the surface androids are rising up to protect their rights and fight against their masters. By controlling each main character the player gets to decide the fate of androids. 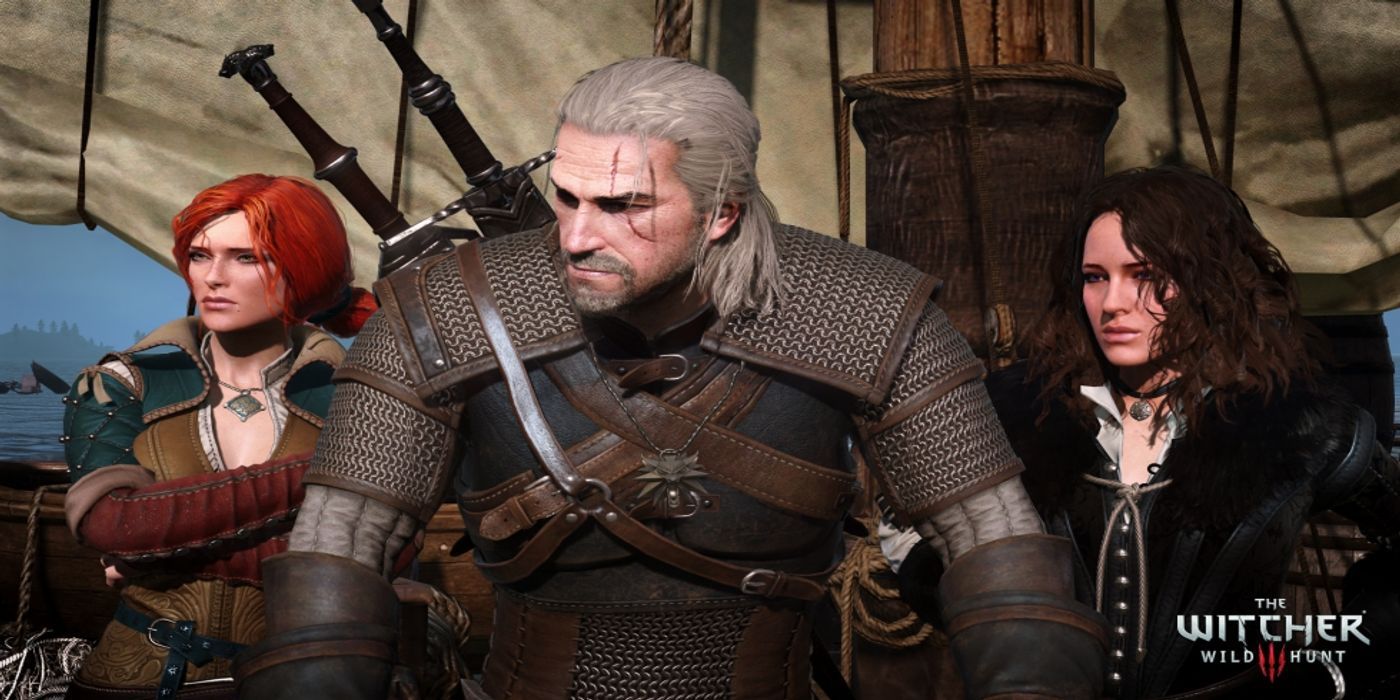 The third installment of the popular game and book (and now Netflix) series, The Witcher 3: Wild Hunt is one of the best and most iconic medieval fantasy RPGs to have come out in the last decade. Toe to toe with Skyrim, it introduces players to a much darker and sinister world of monsters and magic.

The player must navigate the vast open-world as Geralt, hot on the trail of Yennefer. On the way, a myriad of quests, tough boss fights and various secondary storylines help to build a rich and diverse world that any player hungry for lore and story would be delighted to dive head first into. 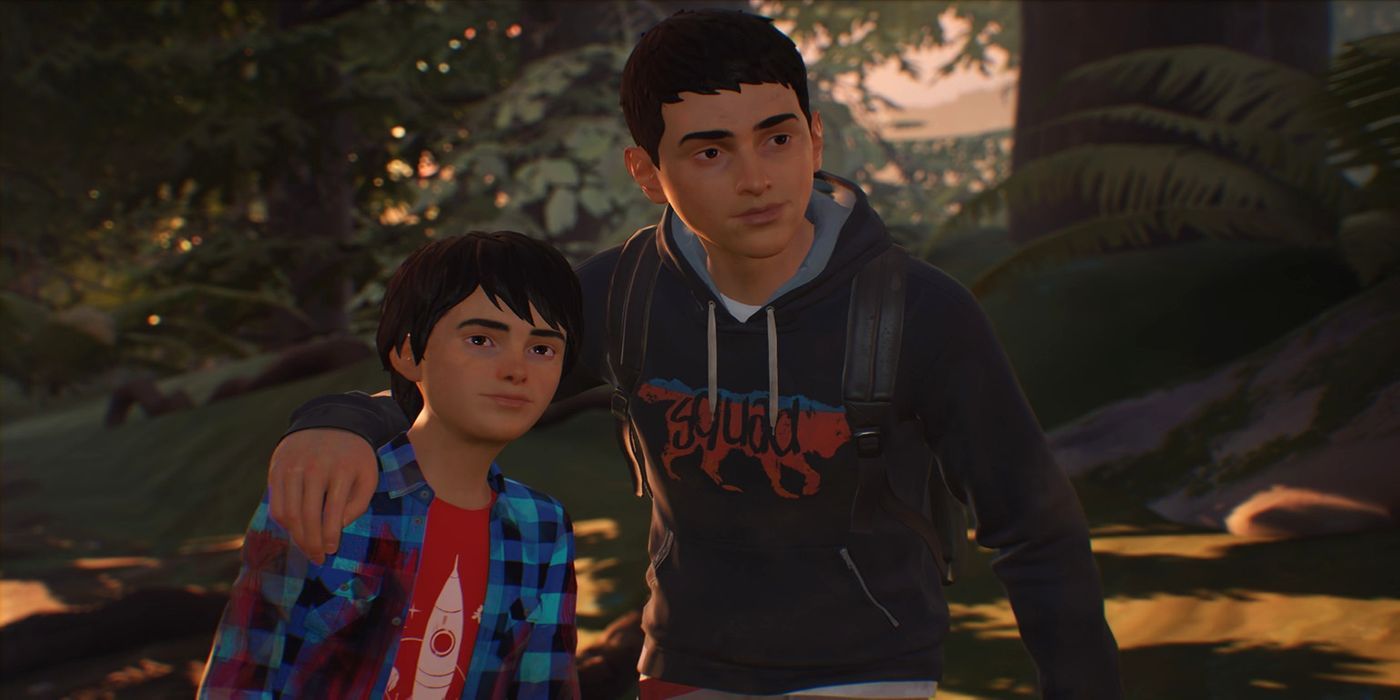 The episodic game of Life Is Strange 2 might not be filled to the brim with action, but it’s an incredible work of art and storytelling nonetheless. The game focuses on the choices the player makes, which will ultimately determine the outcome at the end.

After a misunderstanding with the police and a strange explosion, two brothers Daniel and Sean are forced to flee as fugitives. During their hunt, Daniel discovers that he has a special ability: he can use the power of his mind to move objects. Puzzle-solving and dialogue choices aside, the characters alone and their touching bond are what make this game so good story-wise. 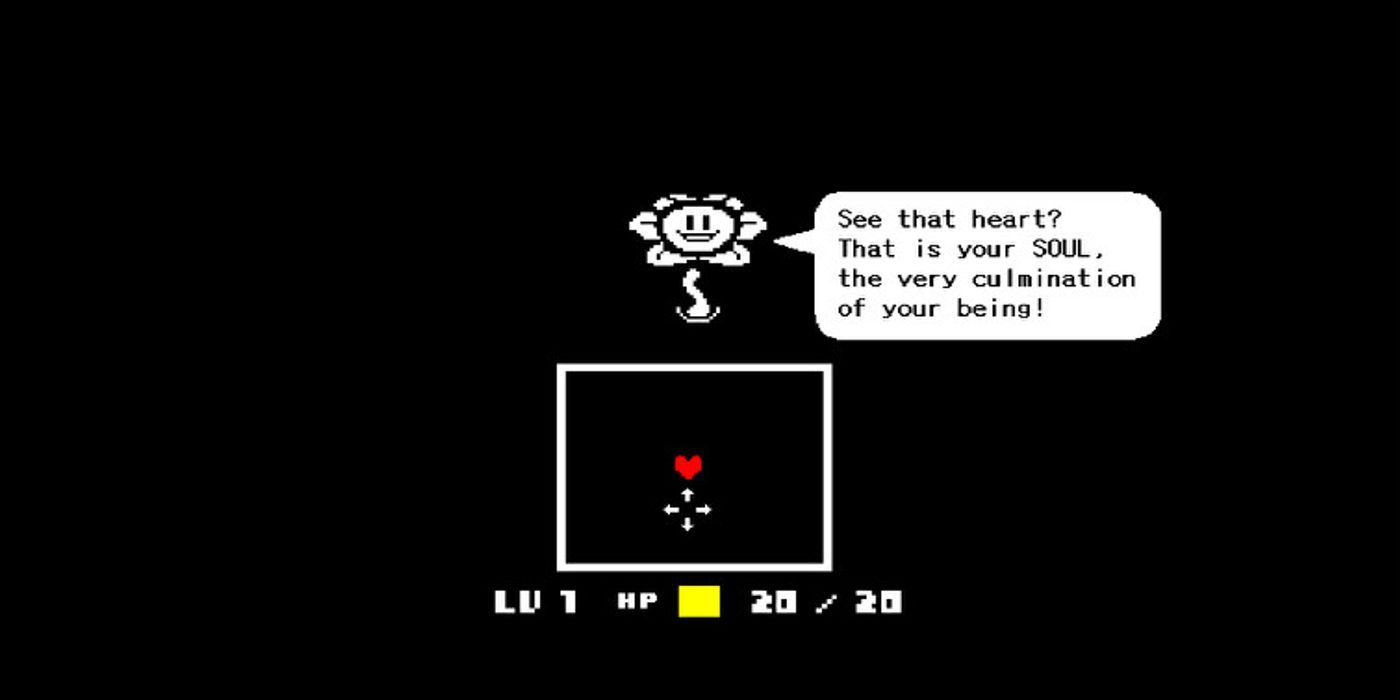 Undertale is a great example of telling a compelling story without splurging on high tier graphics. Inspired by retro games, the look and controls of this game closely mimic old hand-held console games while bringing in a fresh, extremely touching story.

Undertale is the story of a young child falling inside a mountain, which is protected from the rest of the Earth with a magical barrier. In order to return back home the child must interact with the inhabitants of the mountain, all of which are various kinds of monsters. Depending on the approach the player takes (pacifist or violent), the outcome of the game will be significantly different. 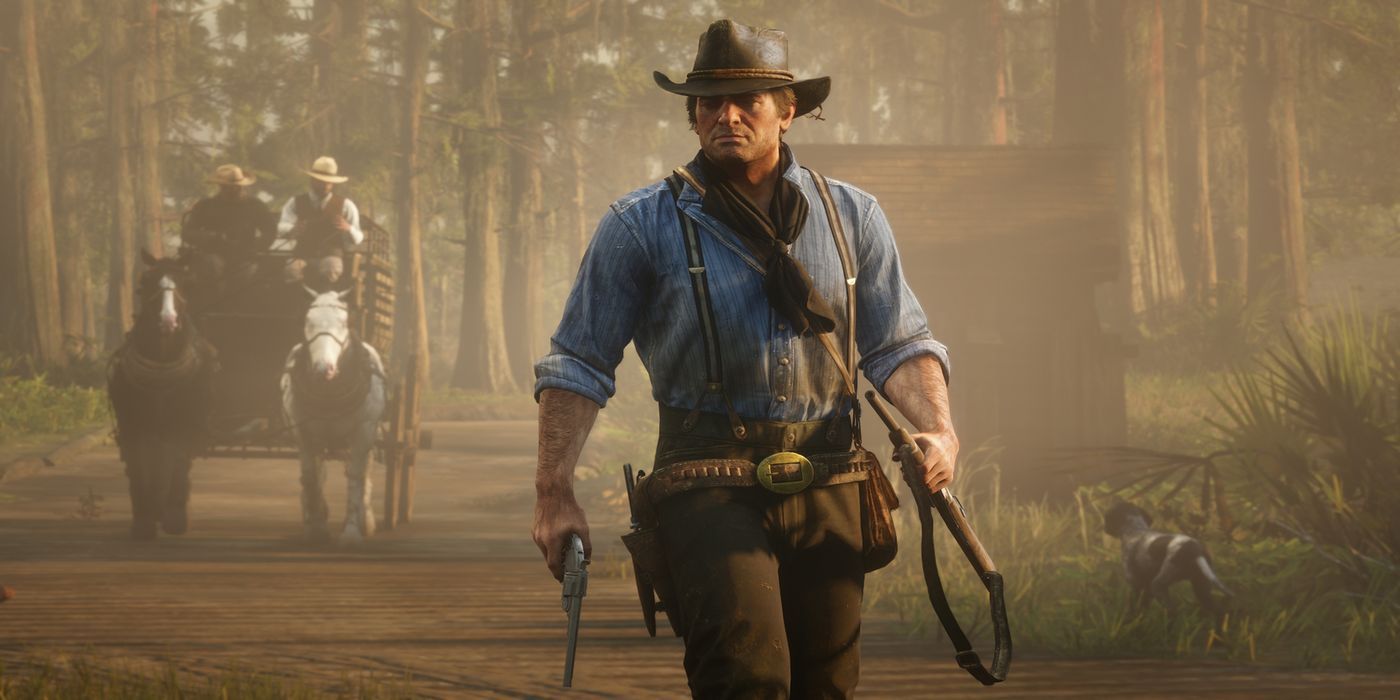 Now that those on PC also have the pleasure of experiencing the imaginary Wild West world of Red Dead Redemption 2, there’s no better time to praise its impeccable storytelling. Despite being an action-packed game at its core, the gorgeous world and all of its rich details create the setting for perfect stories that are bound to leave no one cold.

The players steps into the shoes of Arthur Morgan, who works for the Van der Linde gang along with John Marston. His life is guided by numerous quests, often pitting him against outside forces like other gangs. Again, the player has control over so many of Arthur’s choices, which is what makes this game so beautiful in terms of story. 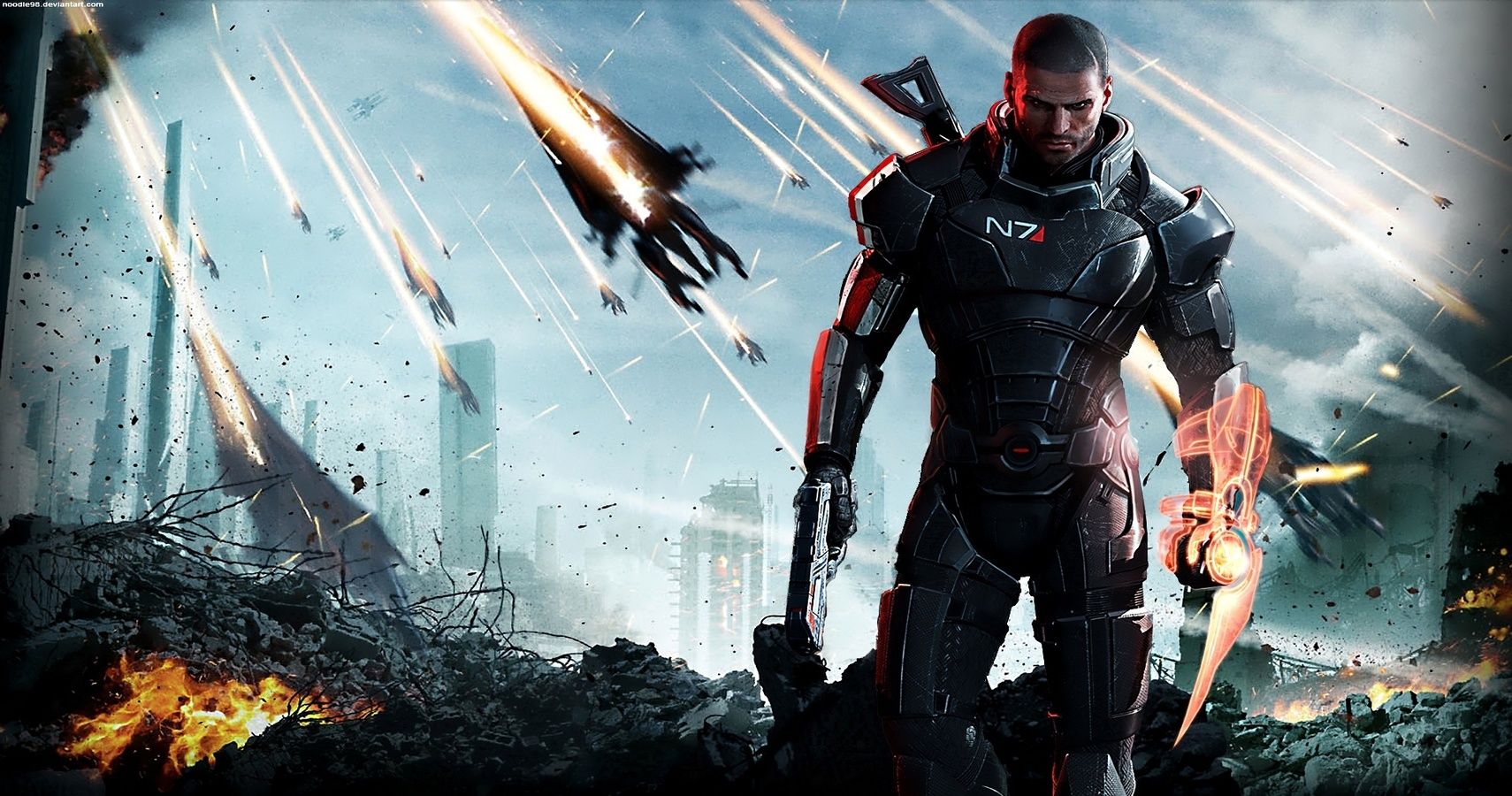 This one applies to the whole original trilogy, though it certainly improved mechanically as it went along, with tighter combat controls and better level design. But it’s the story we were all there for.

Mass Effect delivered the kind of story that–were it written 30 years prior as a sci-fi series—would have won a good few awards. Its world is vast but never difficult to comprehend; its characters and races all have enough unique design, politics, history, and religion to make them unique and worth your time to explore and understand. The plot itself is one of truly epic proportions, with this cyclical larger-than-human-comprehension design to it. 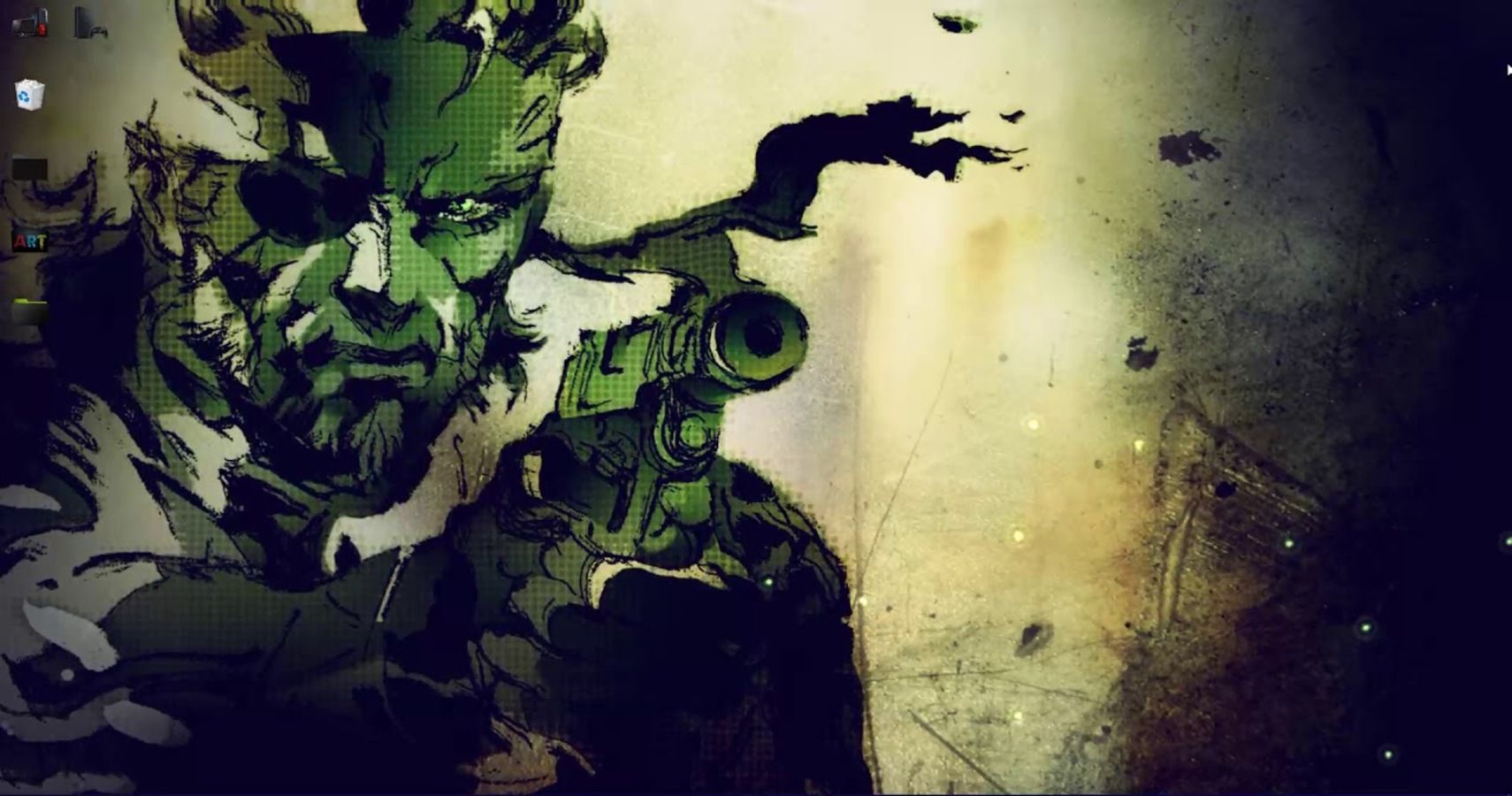 The Metal Gear Solid series is all about the storyline. While it came to define a genre that really didn’t exist before the first game’s debut in 1987, it has always been infamous for its complex plot of sinister villains and political paranoia, as well as extended cutscenes that swallow up the rest of the game.

RELATED: Metal Gear Solid Is Being Turned Into A Space Hulk-Esque Board Game

The third game in the series, however, undoubtedly hit that sweet spot with regards to plot. The rivalry between the man who would become Big Boss and his former mentor, The Boss, was gripping. The way that the game had a tight ludonarrative understanding of itself was truly brilliant. 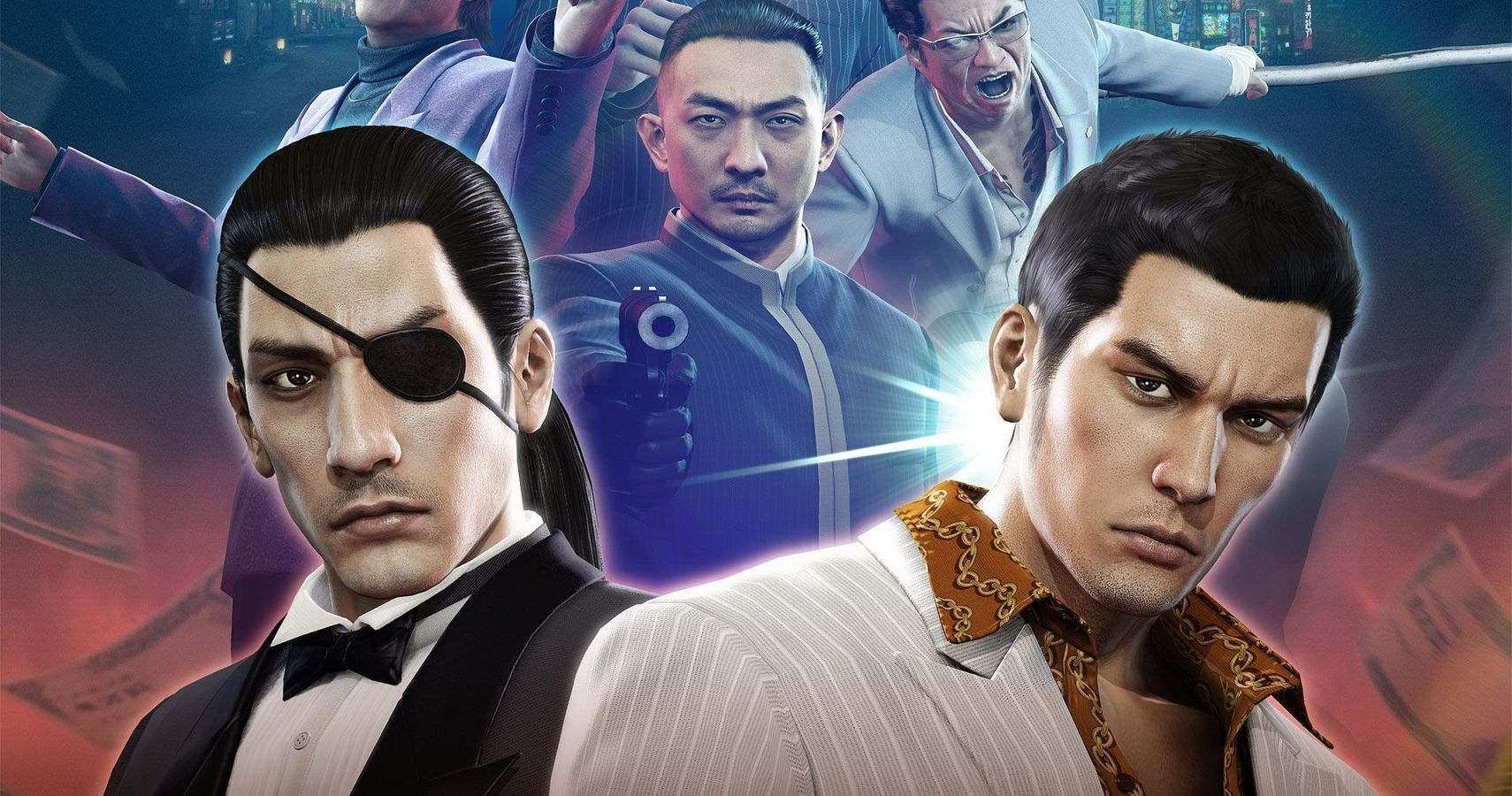 The Yakuza series is in a unique position wherein it enjoys a distinctly heavy amount of ludonarrative dissonance; its side quests, mini-games, and combat encounters have little-to-nothing to do with the game’s main plot. But the developers know that, and they enjoy it.

So, while the game might have all kinds of campy and silly mini-games to enjoy, its plot is one of betrayal, brotherhood, loyalty, and growth into manhood. Every game in the series has a wonderful story to enjoy, but 0 really hits that tone just right, offering impeccable voice acting and unbelievably smart localization. 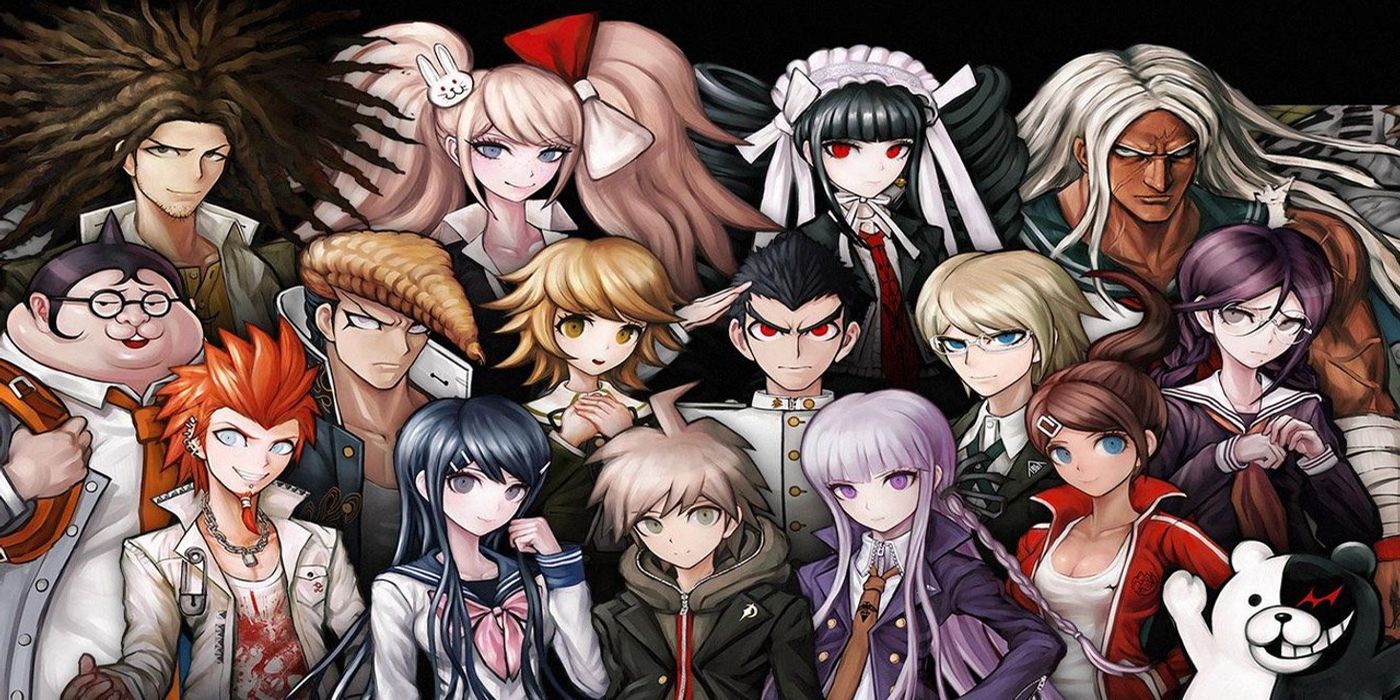 In this game, the protagonist and his peers have all been locked inside a school and are slowly being killed off. After each grizzly death, a trial is held and the player must determine the culprit. Although the heavy anime art and aesthetics might point to a jolly cartoony game about school friends, it has some wonderfully executed twists and turns to enjoy. 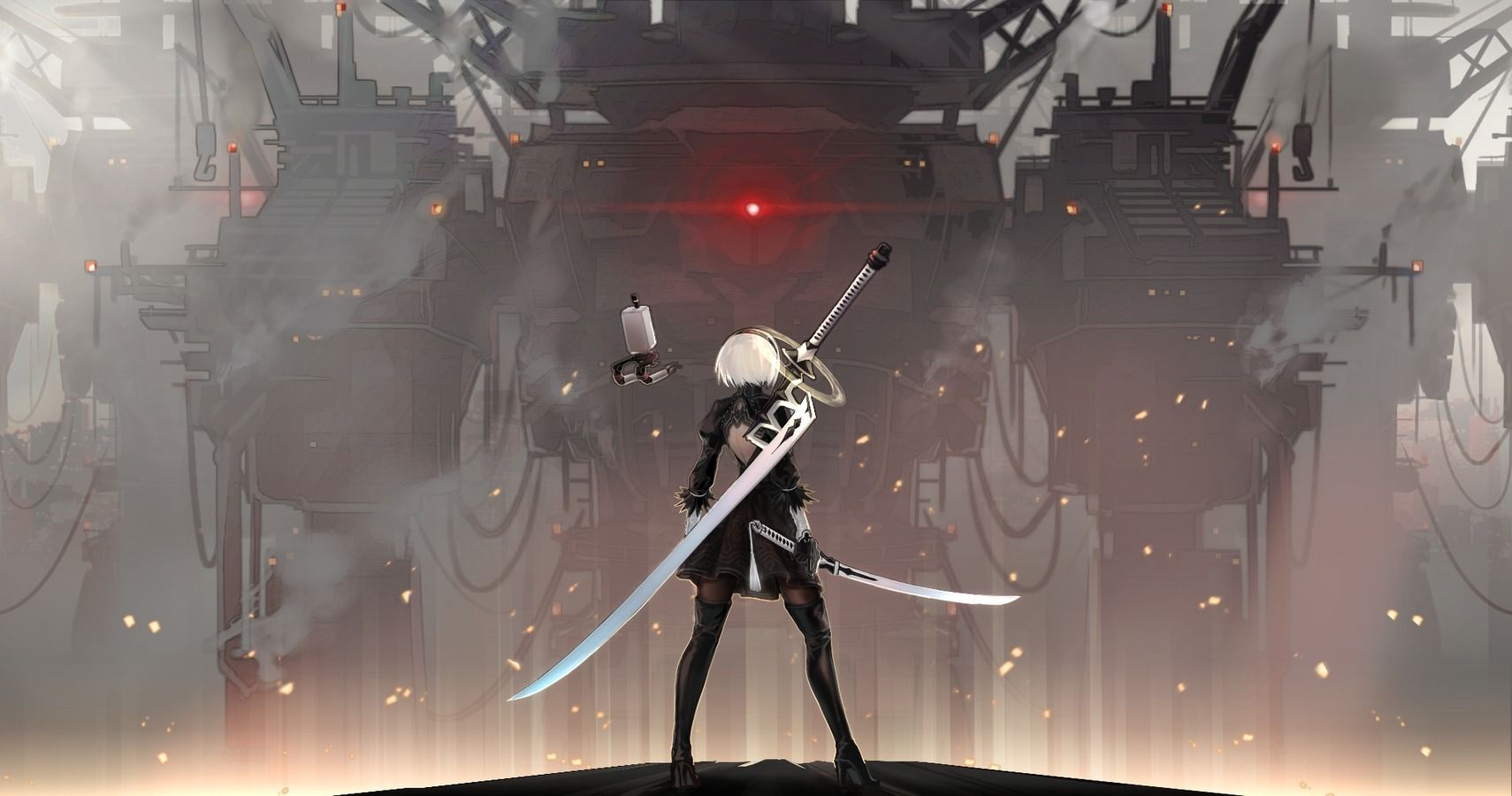 The underground smash hit of 2017, NieR: Automata tells the story of two androids caught in a war between their own kind, engineered by the enigmatic humans, and the robots who invaded Earth eons ago.

RELATED: NieR Automata’s 2B Is Coming To Soulcalibur VI

NieR: Automata might not be the prettiest of games on a technical level, but it makes up for that in spades with its intense and thought-provoking narrative that leans heavily on deep philosophical debates. As our protagonists, 2B and 9S, discover more about their origins and the truth of the war, it becomes very difficult to put the controller down. 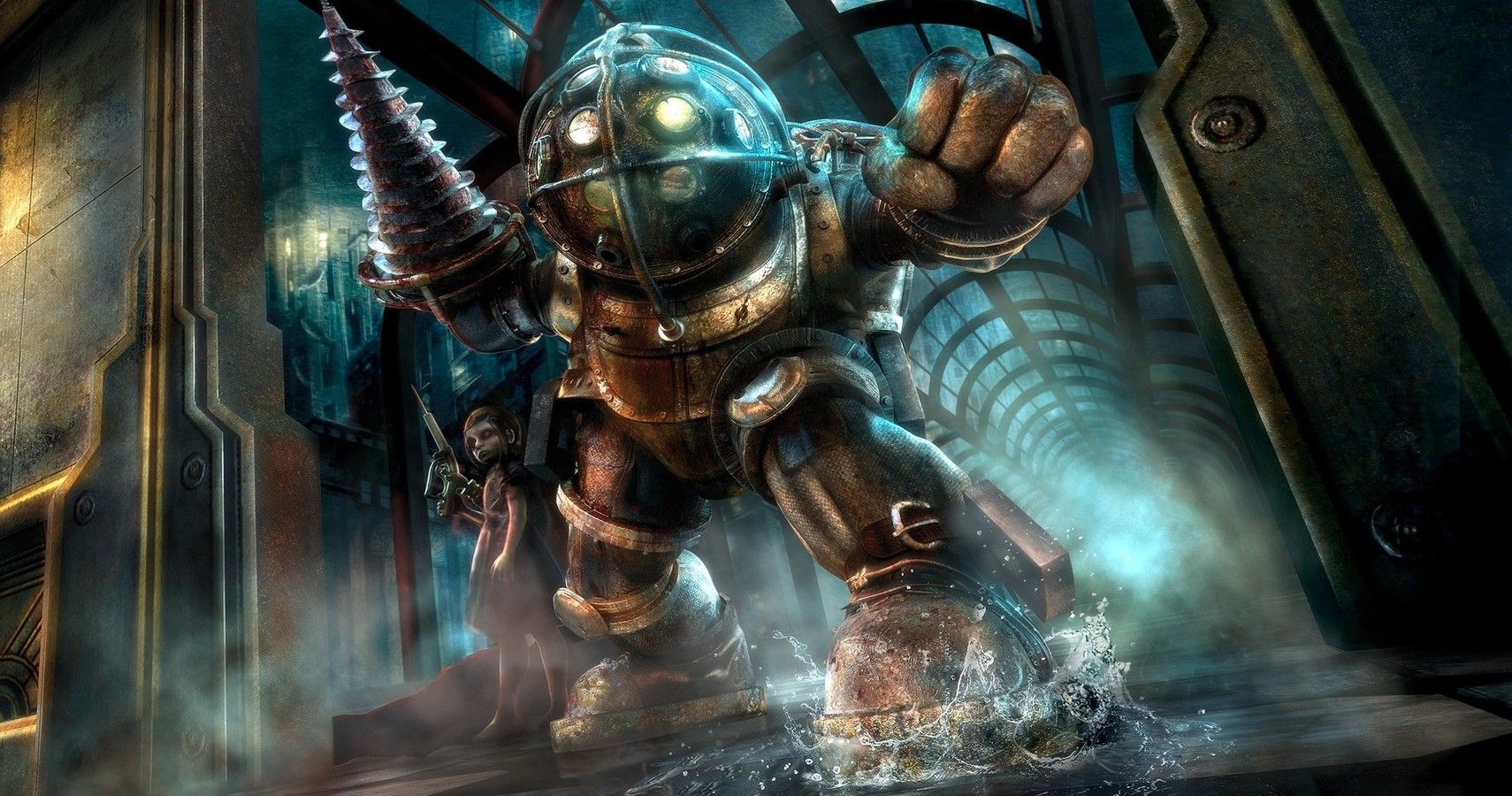 Set in an underwater city build to exist as separate from all other societies, BioShock tells the story of Jack, a man who has become trapped in the city of Rapture after it has fallen into disrepair by riots following scientific experiments gone wrong.

You must uncover the history of the city, its creator and residents, and also begin to face the nature of narrative in video games as a whole. Yes, this game gets extremely meta as it goes on, bringing into question the role of the player taking control of the protagonist. It’s a fantastic narrative to be enjoyed by anyone who needs a good story and mystery to motivate their progression through a game. 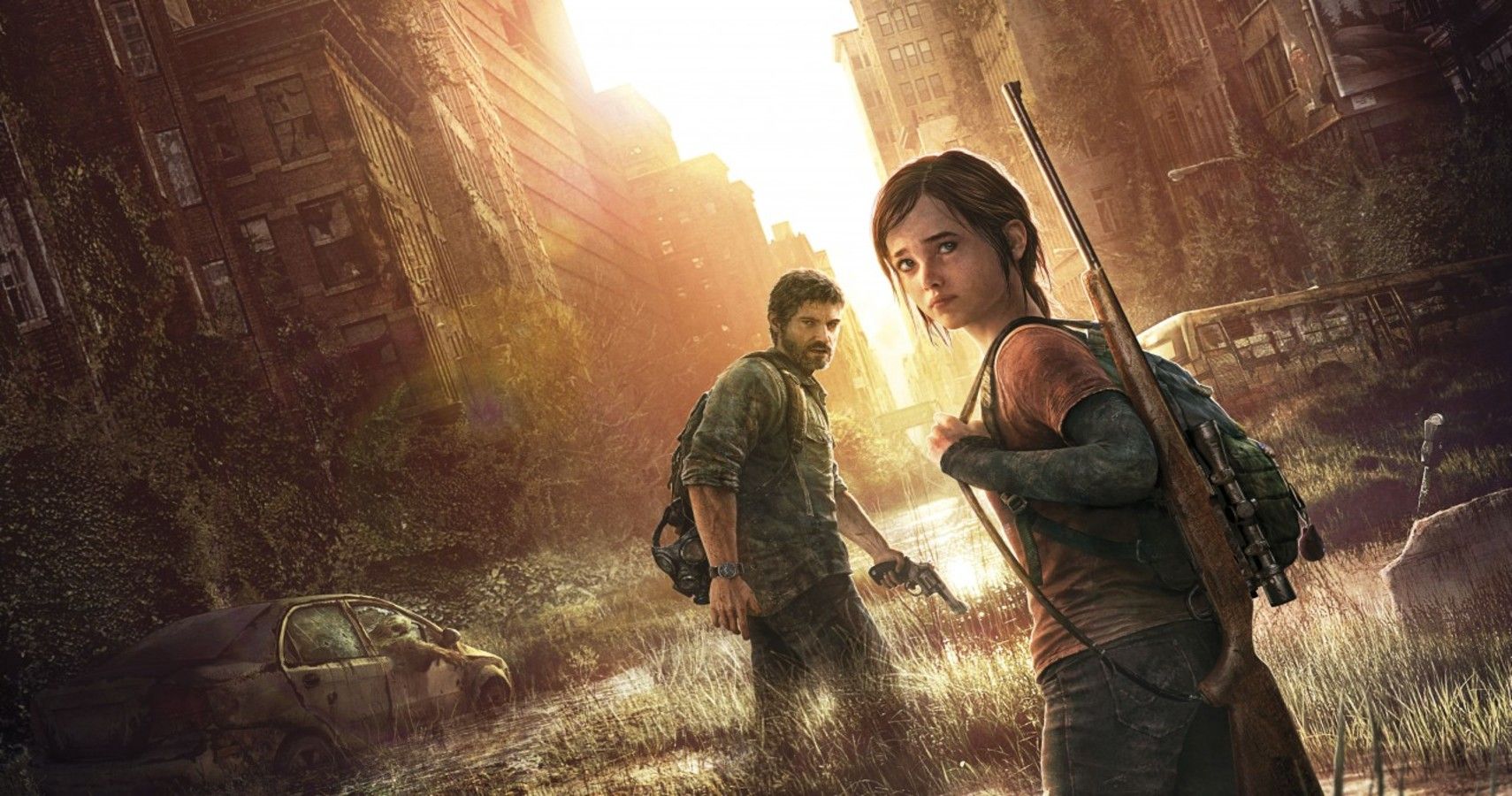 Here’s a game whose mechanics and design are built around survival in a fairly linear fashion. You move from location to location, avoiding or killing zombie-like enemies, looting to find materials, crafting weapons, and simply getting from A to B in one piece.

Without its stellar story, this game would not be the milestone we deem it to be today. The Last of Us put paid to the statement that a game’s narrative can drive its plot when its gameplay only has so many tricks up its sleeve. Telling the tale of a man who must keep a valuable young girl alive, bonding with her and learning to warm up his cold, cold heart along the way, their relationship is what keeps us from turning off this game. 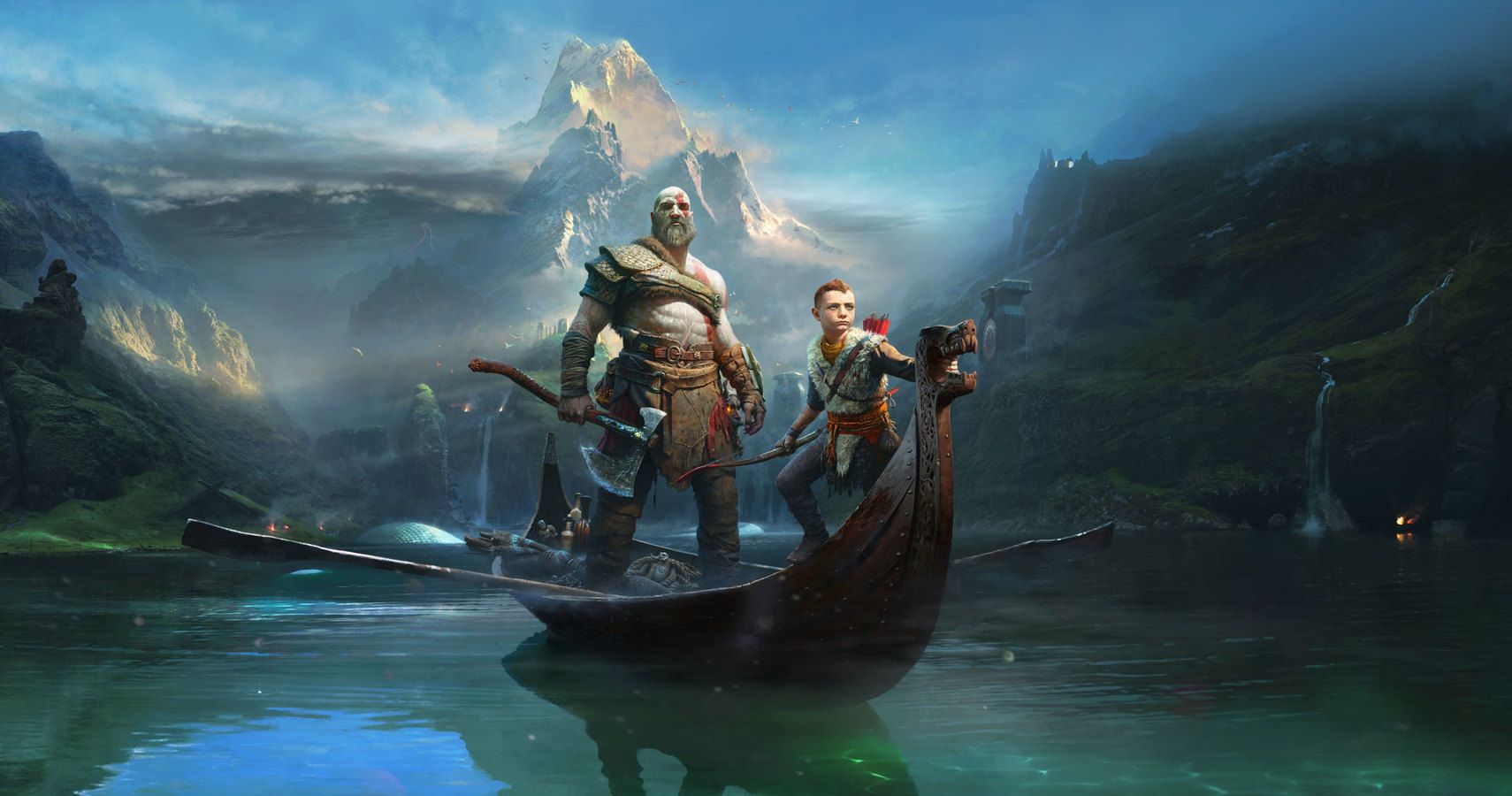 The game that took home the Game of the Year prize in 2018 was a narratively-focussed single-player experience exclusive to the PS4. God of War is a sequel/reboot of the classic blood-spattered action franchise, containing far less blood and far more narrative, dialogue, character growth, and plot progression.

The genius of this game comes with its refusal to sacrifice gameplay and world design for storytelling, proving that gamers can have their cake and eat it, too. Here is a game with a tremendously private and intimate story of a father and his son both coming to terms with the death of the boy’s mother, all while delivering a rich world to explore and deep combat to enjoy. 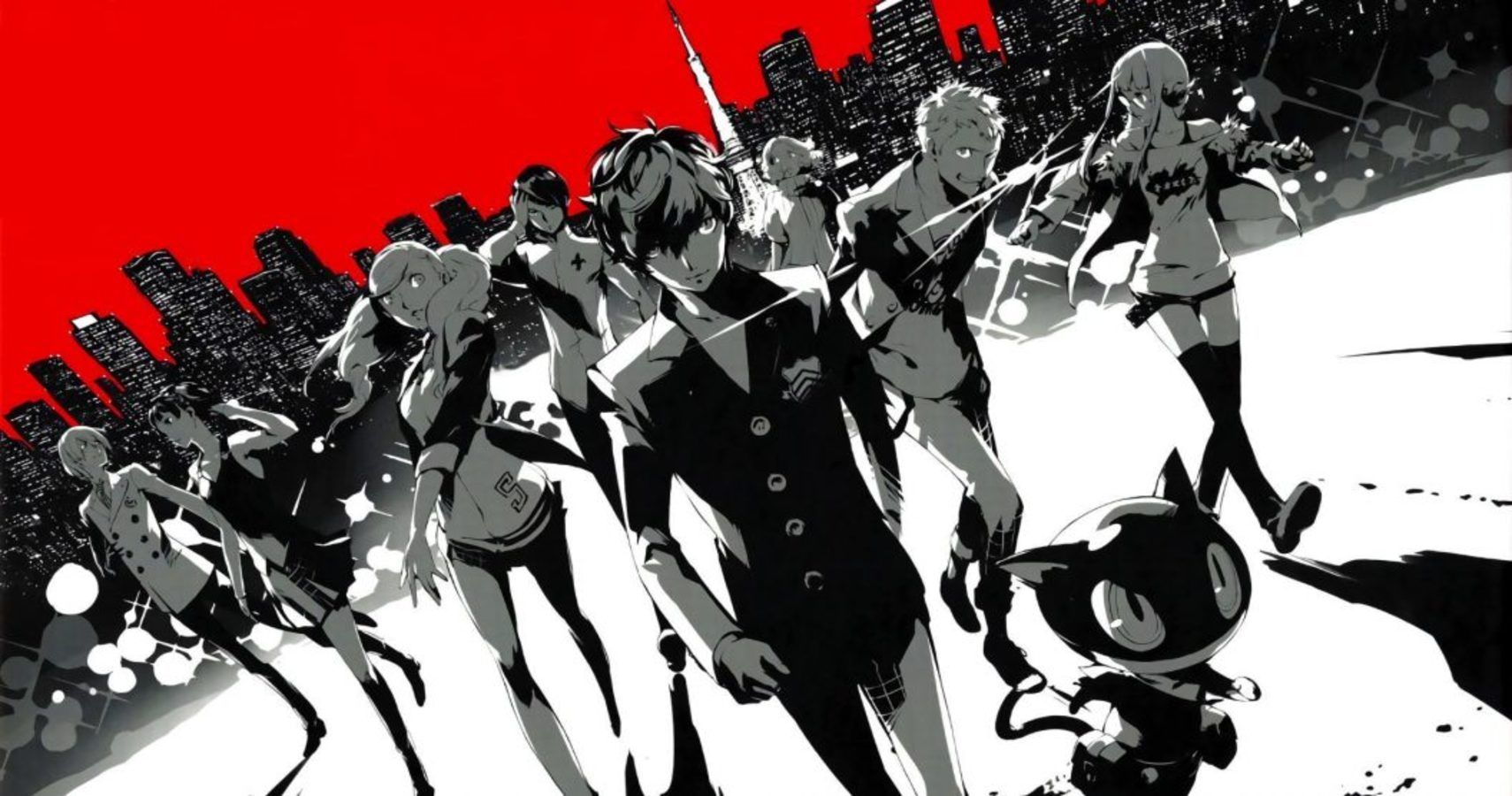 Speaking of meshing styles together, with Persona 5, developers Atlus have managed to blend two disparate genres together: the life (and sometimes dating) simulator, and the dungeon-crawling RPG. This is an intense and long story of a game, with 100 hours of story content to experience — not a single hour of which could be accused of being filler.

Set in Tokyo, the story of Persona 5 tells the story of a young boy, codenamed Joker, who sets out to right the wrongs of corrupt officials, artists, and businessmen by changing their hearts. When he’s not doing this, he’s surviving school exams, making friends, and falling in love. The game juggles two narratives: that of the Tokyo teenager and that of the world-saving protagonist. 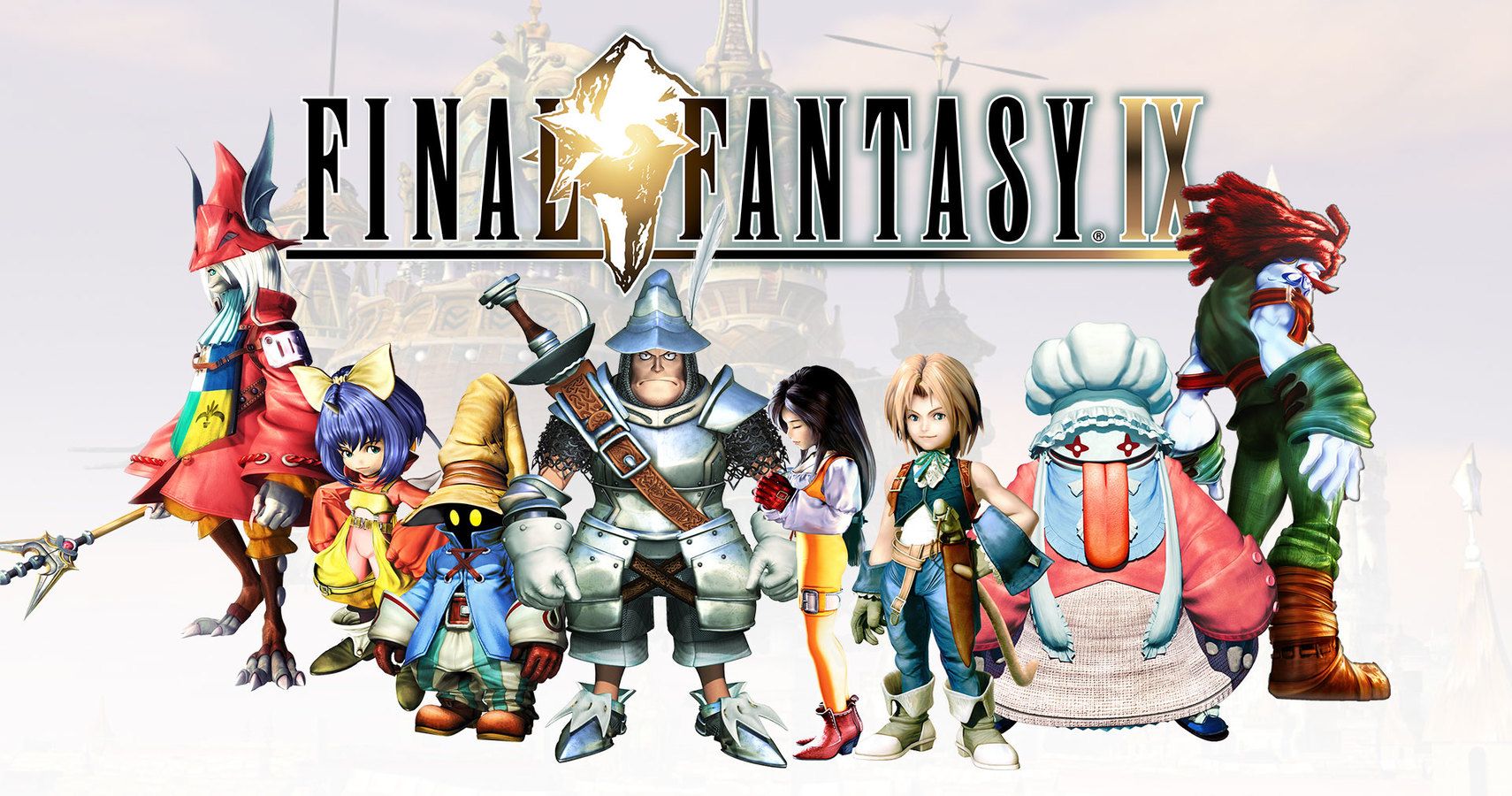 Final Fantasy creator and original director Hironobu Sakaguchi was once quoted as saying that he’d rather tell a good story than make a fine action game, and there is no better story in the series than that of Final Fantasy IX. Where the game really succeeds is in its characters personal stories and relationships. Every member of your party is a charming, endearing person with a story worth knowing intimately.

The game’s overall plot might not be original, but the heart that was poured into its characters and their relationships is second to none. You’ll play through this game 20 more times just to enjoy the journey you take with this wonderful cast of characters.