Doctor Octopus, Green Goblin and Venom are just a few of the Spider-Man villains from his rogues' gallery that have graced many Spider-Man games over the years. With as many enemies as our web-slinging hero has, there are some that have yet to show themselves in a Spider-Man game.

Whether it is because the villain in question is just way too ridiculous to ever be taken seriously or they have simply been overlooked, these foes have yet to show up in the wall-crawler's gaming escapades. Will they show up in a future video game at some point? Only time will tell. 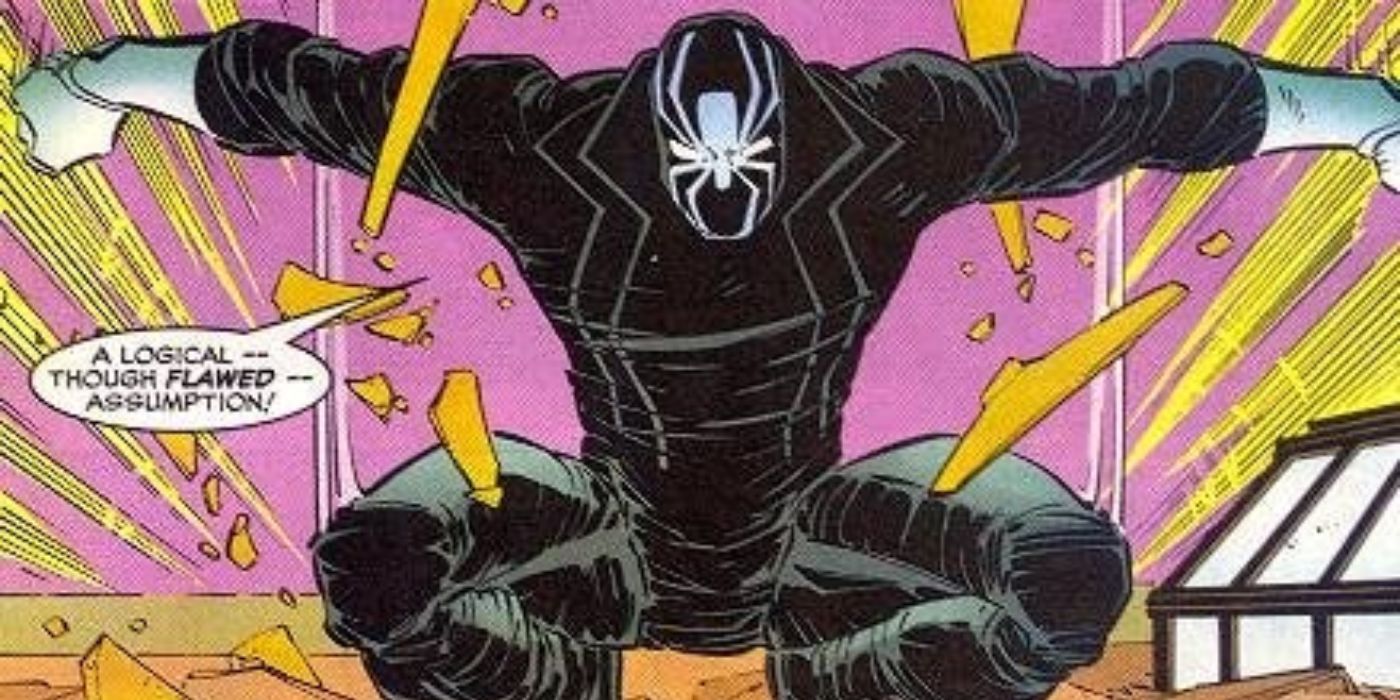 Many an individual has donned the persona of Black Tarantula, but all those people have two things in common. They have great power having been gifted with superhuman, strength, speed, healing, and agility, but they don't use it responsibly.

Black Tarantula uses his power for the good old pastime of committing crimes to expand their criminal empire. Pretty generic stuff but in the right hands, Black Tarantula could be seen as the perfect opposite to Spider-Man in terms of what he stands for. 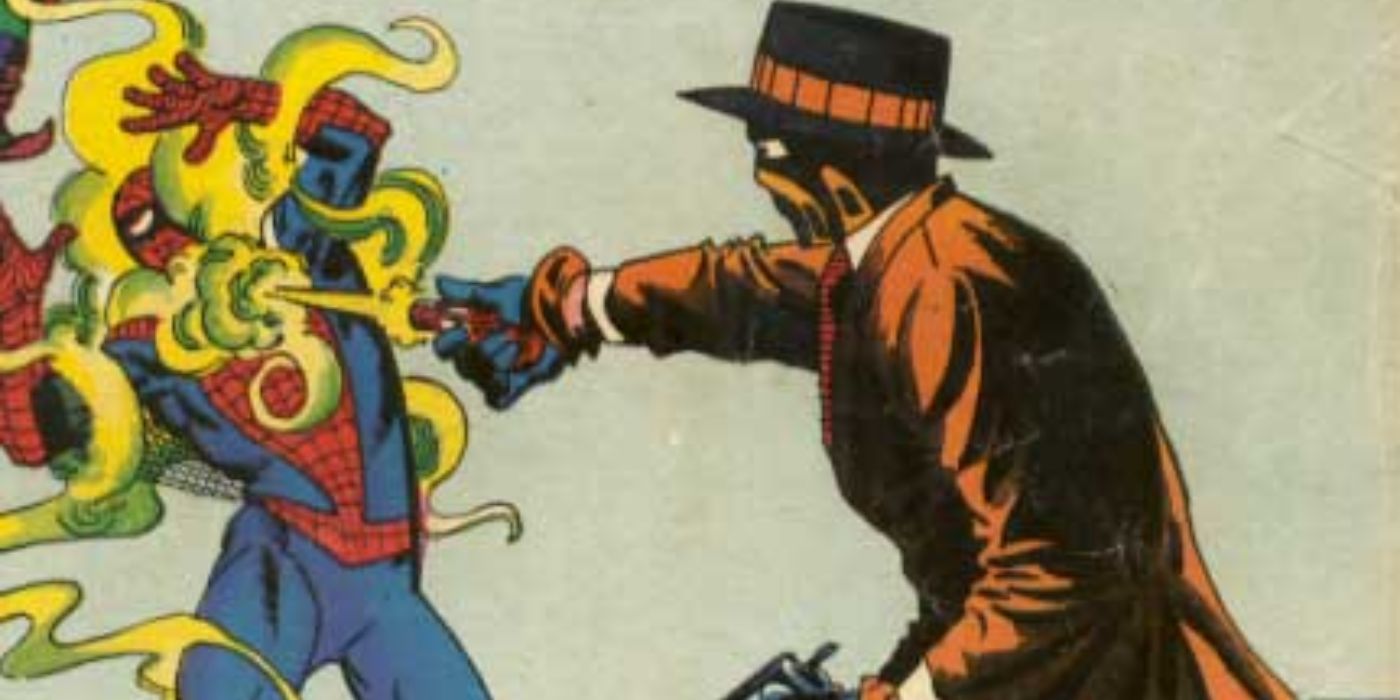 Although the Spider-Man Noir version of this character showed up in Spider-Man: Shattered Dimensions the main Marvel universe version of has yet to be seen in gaming. Like with Black Tarantula, multiple people have donned the Crime Master persona with the original, Nick Lewis Sr., having been killed by the Green Goblin during Spider-Man's early years.

More recently though a new person has donned the persona, and it's none other than Daily Bugle secretary Betty Brant's brother, Bennett. This version is basically a crime master like Kingpin but with a mask to hide his identity, which is probably one reason we haven't seen him in a game yet. 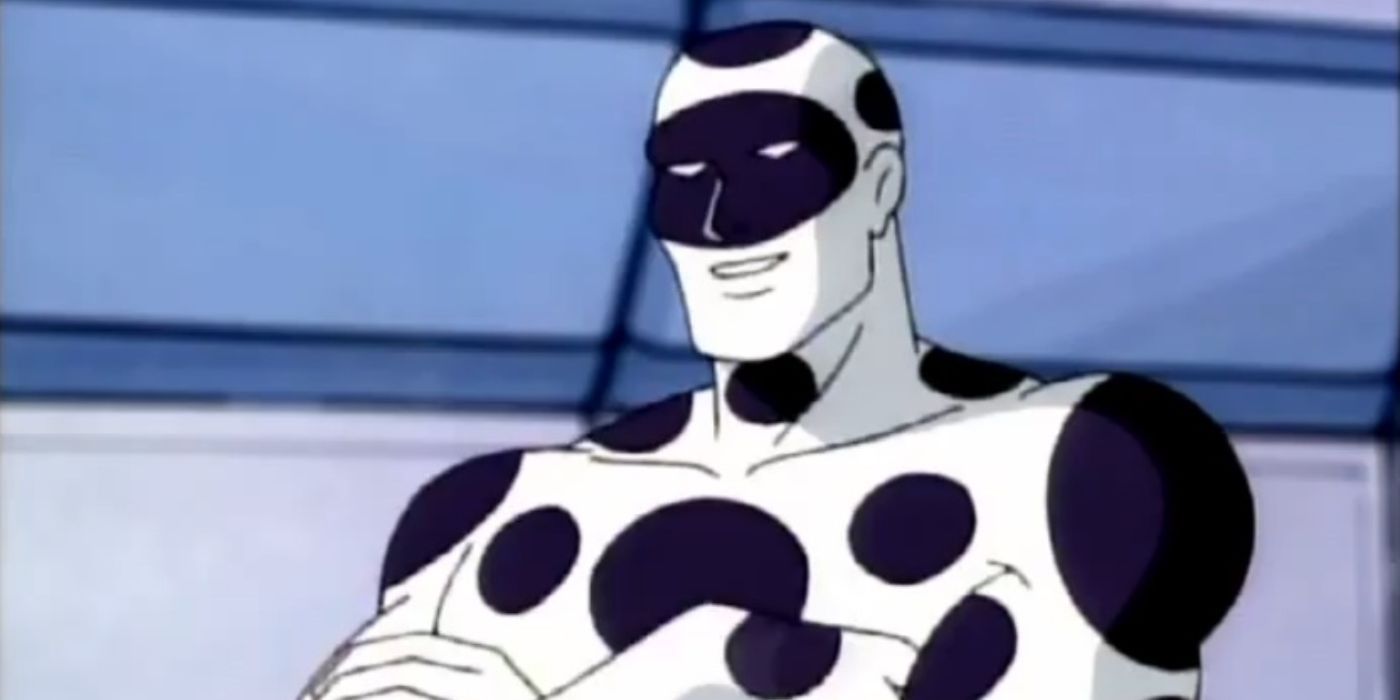 The Spot is a man named Jonathan Ohnn, a doctor who experimented with black teleporting portals. Don't let the slightly silly look fool you, as there's more than meets the eye here. An accident occurred which made the spots stick to his skin and gave him the ability to summon black portals that let him travel great distances quickly.

He is now a criminal using his powers for his own means and ends. The scope of his powers could be hard to replicate in a game realistically, but the character did have time to shine in the '90s Spider-Man animated series, so he had that at least. 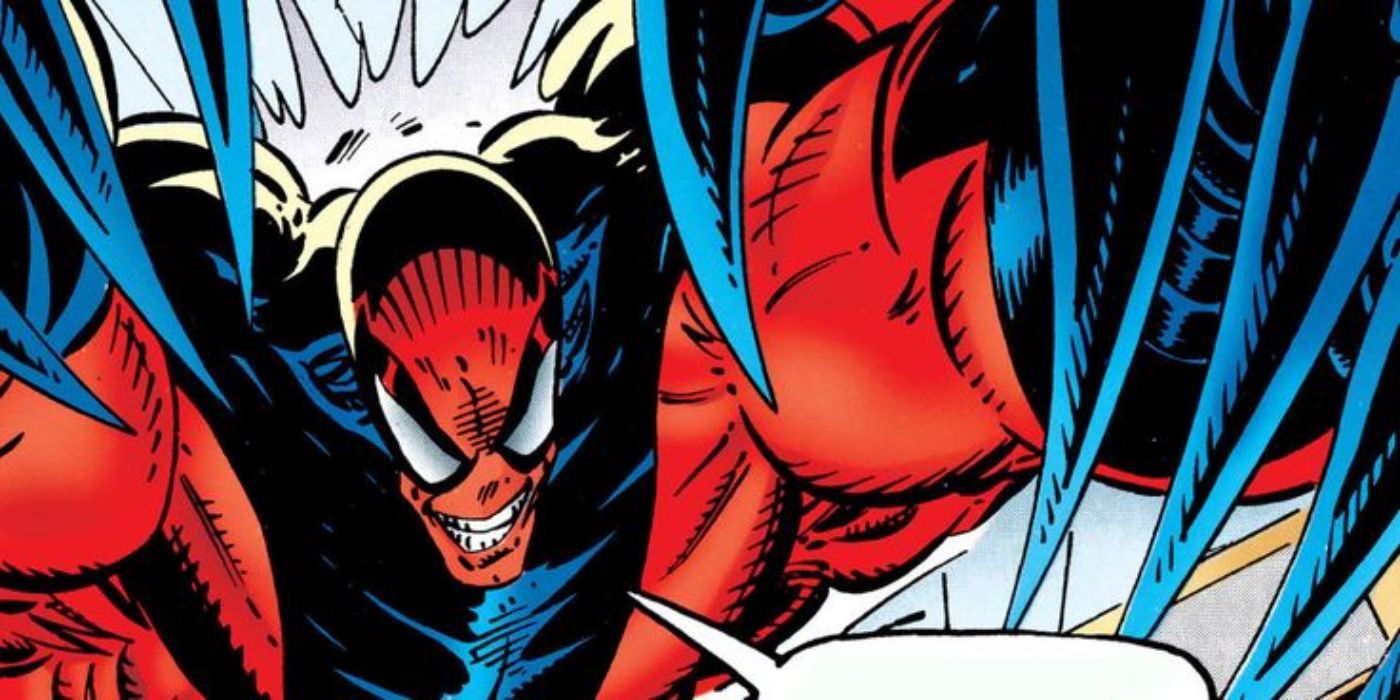 Speaking of the different time that was the '90s, that was a particularly tough time for Spider-Man as the infamous clone saga was unfolding in the comics. While it did bring us a sweet looking suit to use in video games, it also brought along a ton of bizarre moments like the introduction of Spidercide.

This was another failed clone of Peter Parker – they were a lot of those – that believed himself to be the real Peter Parker as a result of being programmed by the Jackal. The guy was basically a big brute with a rejected Spider-Man costume concept and the occasional shape-shifting abilities here and there. He was seemingly killed in the comics where it's probably best he remains. 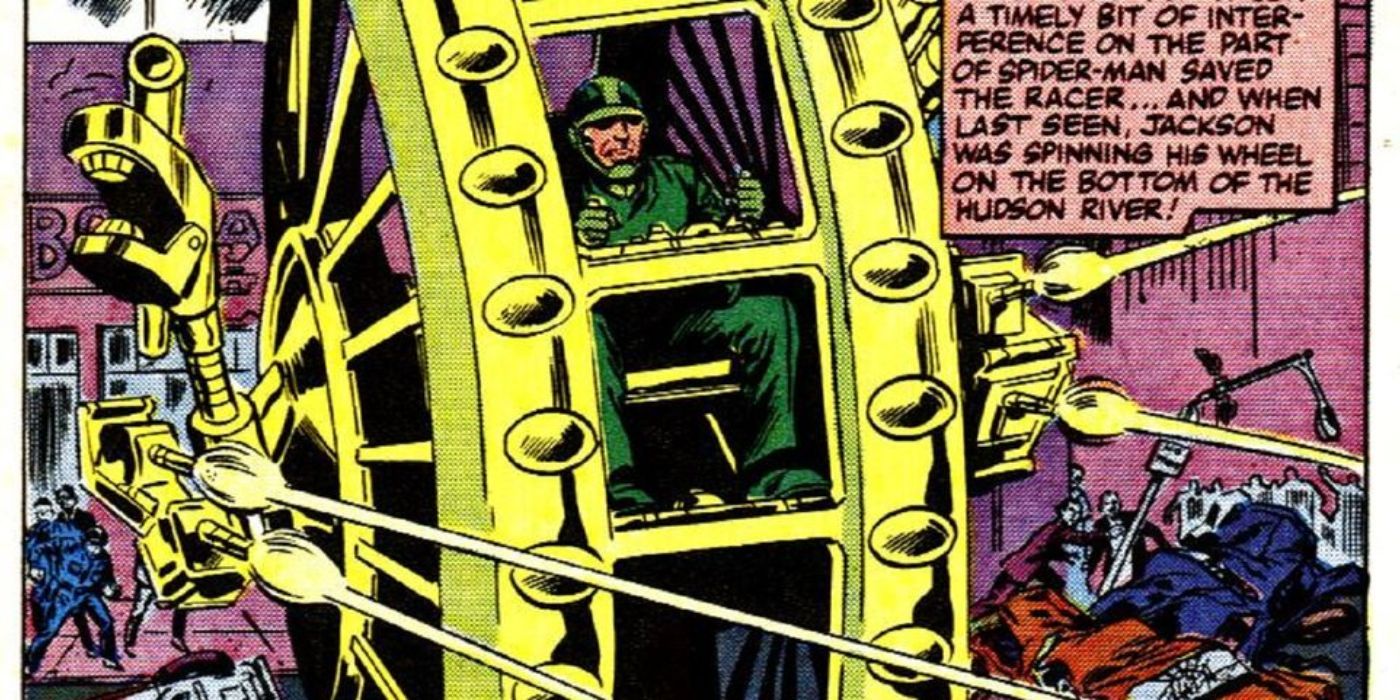 Now we're moving into some truly bizarre territory here. Jackson Weele, was a corrupt businessman who, after almost being caught for embezzling money, decided to ride around in a giant ferris wheel fitted with guns and use it to commit crimes. He now roams the streets as Big Wheel.

Just an all around silly concept of a villain that is probably best left on the comic book pages. Though while he is absolutely ridiculous, you can't help but wonder what him tearing through New York would look like on modern gaming hardware. 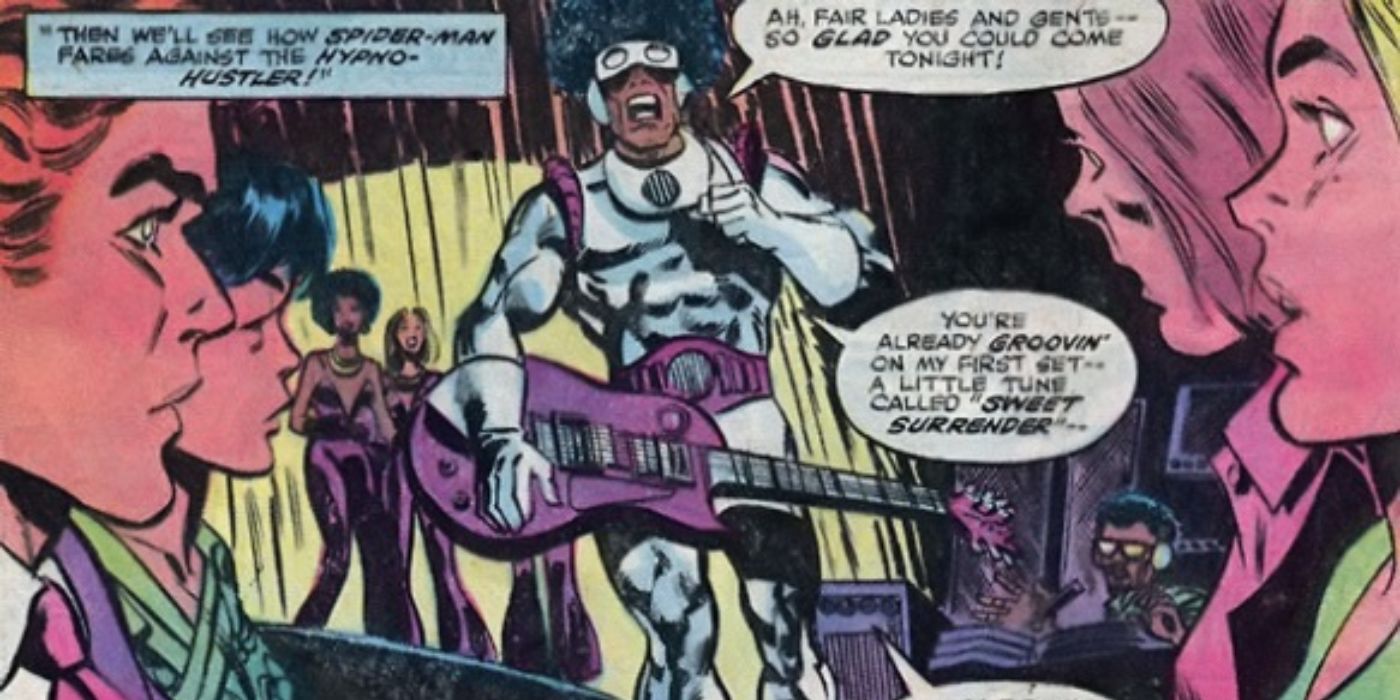 Perhaps even more ridiculous than Big Wheel is Hypno-Hustler, a villain who uses disco to hypnotize people and while they're entranced, he robs them with the help of his background singers, The Mercy Killers. This was at a time when disco took over life as we knew and clearly Marvel needed a villain to do the same to symbolize this.

On top of a goofy looking outfit that makes him look like he belongs in a rhythm game, this guy was clearly doomed to be a product of the '70s which resulted in him becoming a mere background character until he was eventually forgotten about completely. Until now that is. 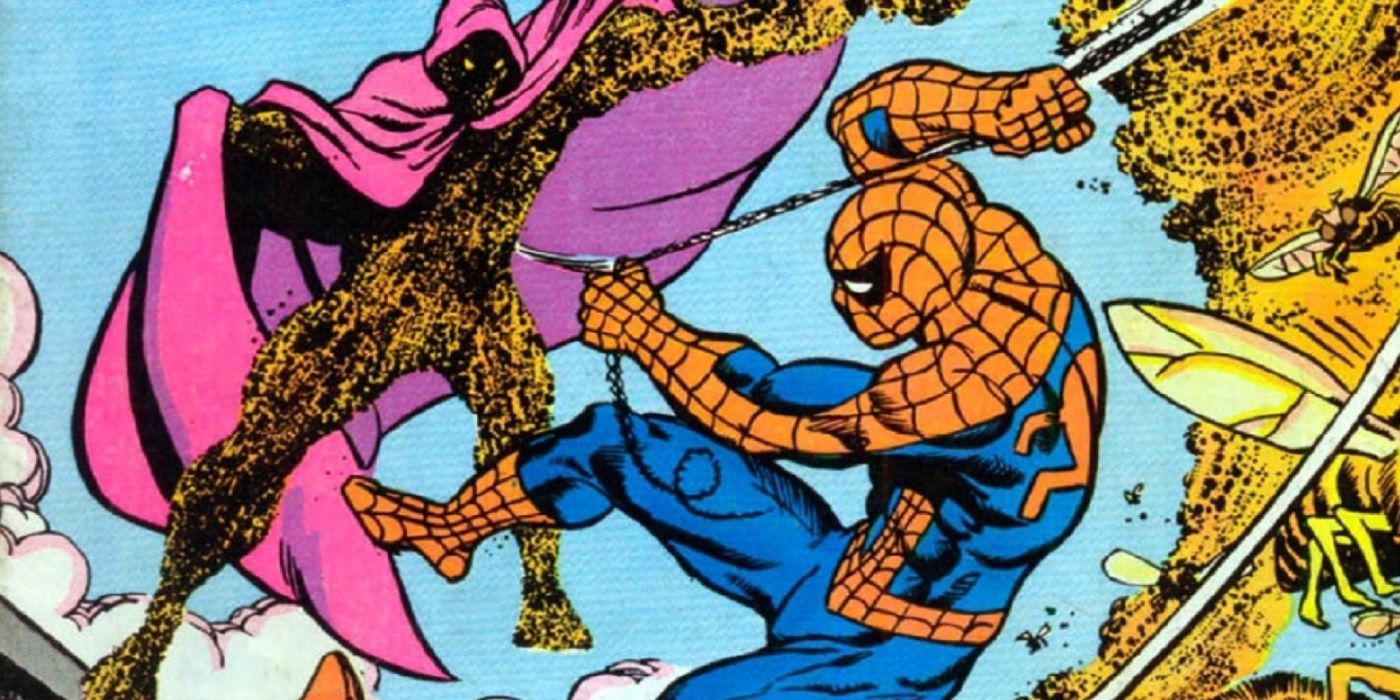 Ever wonder what Peter Parker would be like if he had bee powers instead of spider powers? No? Well that did happen to a villain who would eventually go by the name Swarm. He was once a Nazi scientist named Fritz von Meyer who fled to Argentina after World War II where he became a beekeeper.

One day a meteor crashed near one of his beehives which mutated his bees. When he investigated it, the bees devoured him, then reanimated his skeleton and merged with his mind to give him control of the bees. With a body made out of bees, Swarm goes out into the world to do some boring super villain stuff. 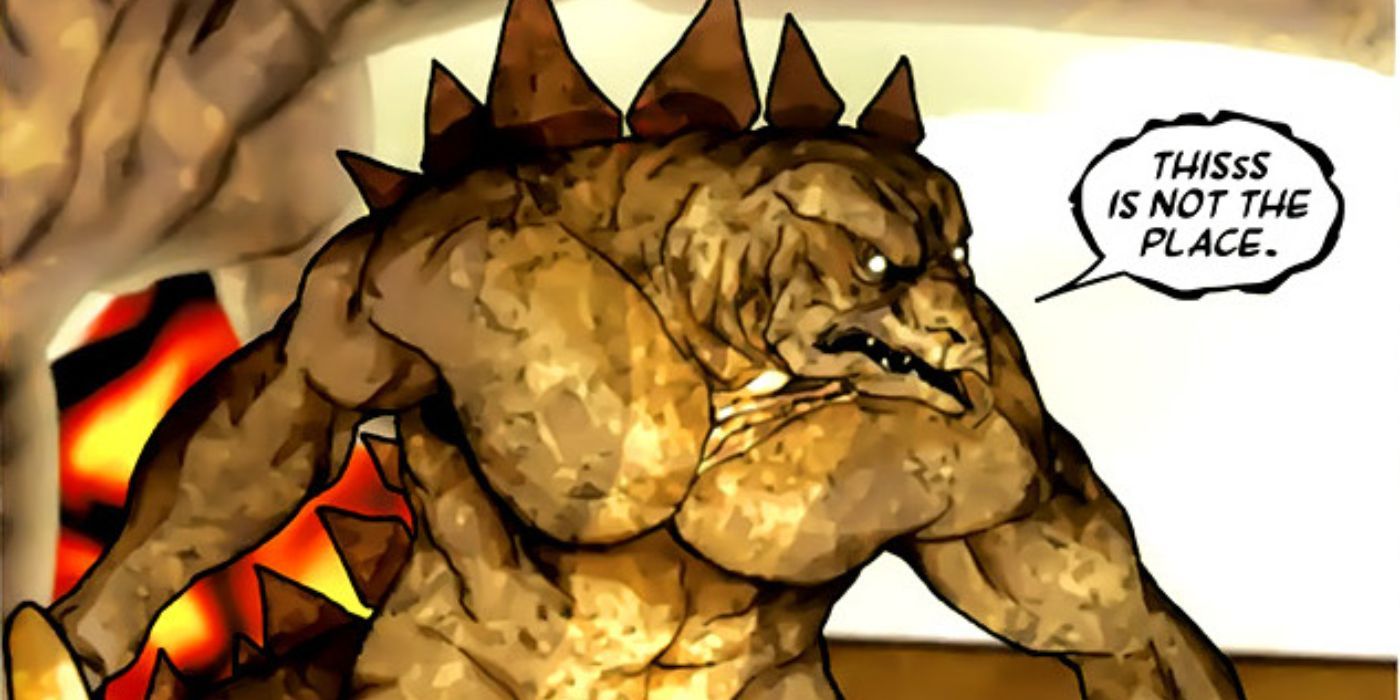 Some of Spidey's worst villains are just bad knock offs, one of which comes to us in the form of Stegron, who is a knockoff of the Lizard. Stegron is a man named Vincent Stegron who infused Curt Connors lizard serum with stegosaurus DNA to turn him into a dinosaur man.

It sounds alright on paper, except when you get to his powers which are that he can control dinosaurs that are extinct. This means he has arguably the most useless power ever, unless he's in the Savage Land, where he got the DNA to begin with. Adapting Stegron into a game could be possible, but a developer won't have much good material to work with. 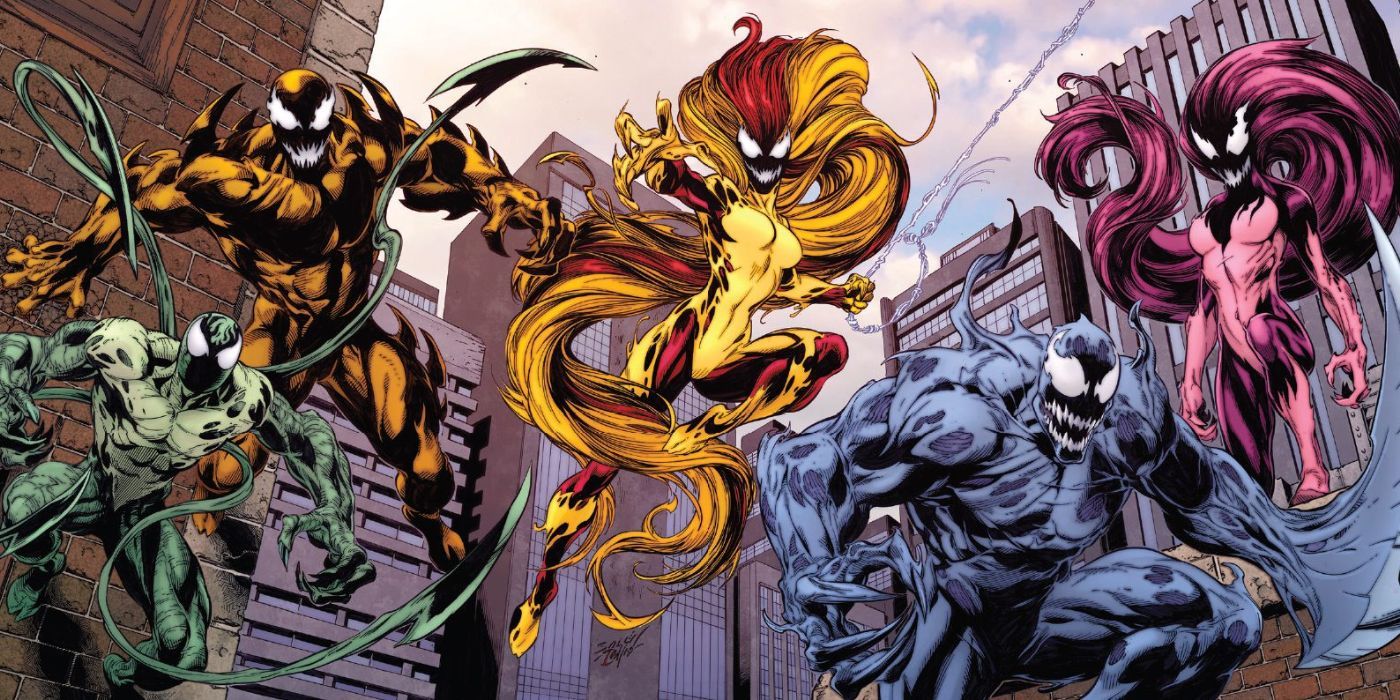 The Life Foundation were a corporation that attempted to create symbiotes in order to serve as a sort of private army for their interests. They succeeded and created five symbiotes by forcibly spawning them from Venom.

These became known as Agony, Phage, Lasher, Scream and Riot, the last of which was featured in the first Venom movie. While not as iconic as Venom or Carnage, they all have a cool look and mysteriousness about them. Introducing these characters into a future game could help introduce them to a new generation and make them more well-known. 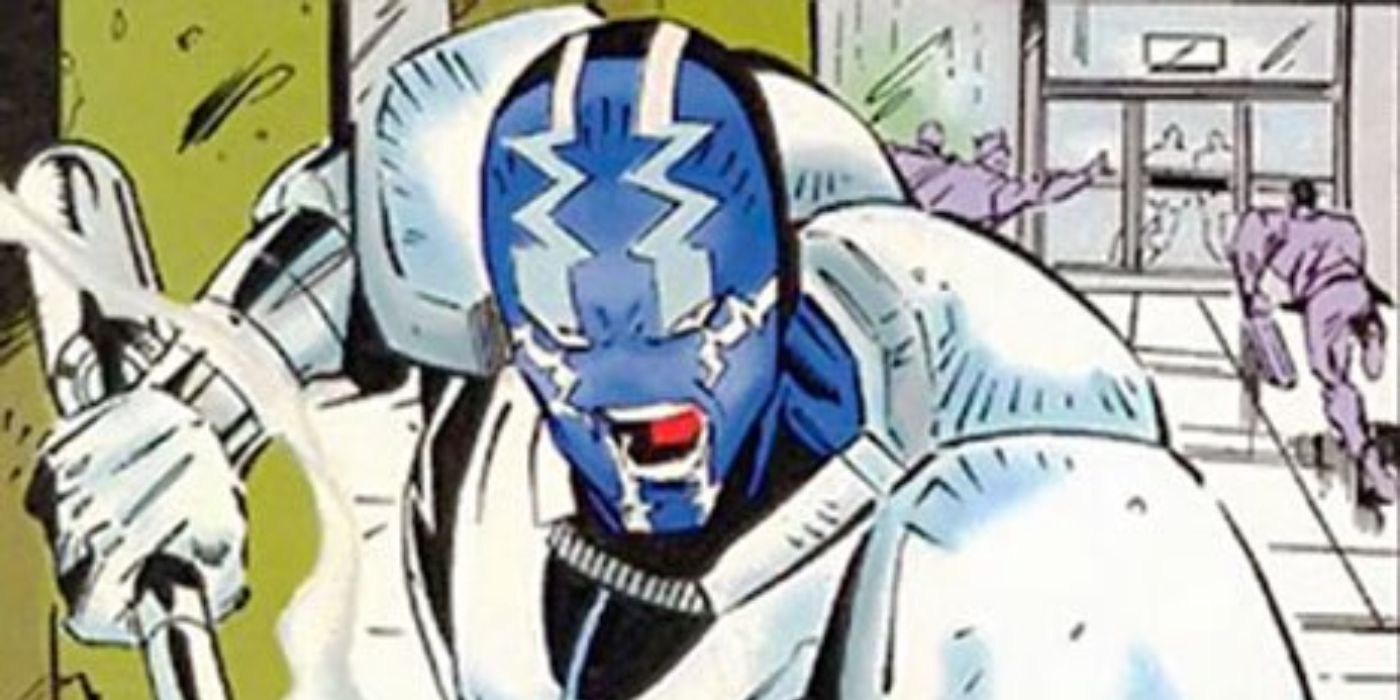 Much like Spider-Man, Cardiac lost someone close to him that made him become something more. Cardiac, real name Elias Wirtham, lost his younger brother Joshua to a disease. One that he found out pharmaceutical companies had cure for but chose to withold. This would send Elias down the path of becoming Cardiac.

He is typically portrayed as an anti-hero but has tangled with Spider-Man on more than a few occasions, similar to Silver Sable in the Insomniac Games, where it can hard to tell if he is a friend or foe. The guy is strong and even took on the likes of Spidey, Rhino and Boomerang and won. Cardiac seems like he would be a great asset in a Spider-Man game and bringing him into one could skyrocket his popularity with his tragic backstory and understandable motives.