Monster Hunter Rise, which first launched for Nintendo Switch in 2021 and launched for PC in early 2022, has plenty of new as well as returning monsters that players can hunt on their own or alongside other players.

The Sunbreak DLC expands Monster Hunter Rise further, with new locations, more new monsters, and more returning monsters, some of which haven't been seen since their original debut in previous Monster Hunter games. While the number of returning monsters in Sunbreak is not very big, all of these monsters still have notable things about them that hunters should be looking out for. 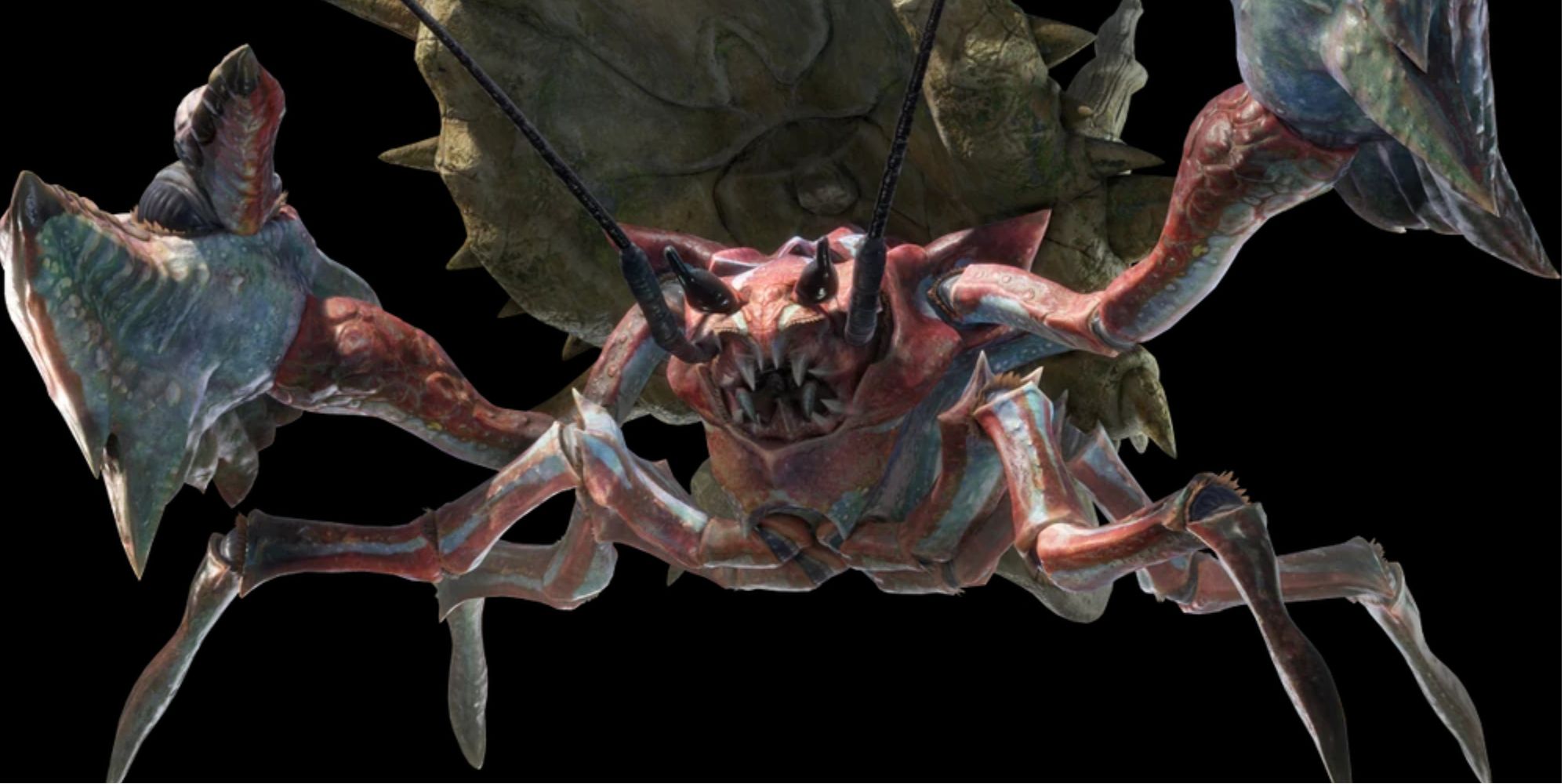 Daimyo Hermitaur first appeared back in Monster Hunter 2 and has appeared in a handful of other Monster Hunter titles since then, so it's a bit surprising it wasn't in the base game for Monster Hunter Rise. A larger counterpart of the regular Hermitaurs, this colossal crustacean crushes competition using its massive claws. It can also shoot bubbles out of its mouth that afflicts hunters with waterblight.

Daimyo Hermitaur also use the skulls of other monsters as their shells, further increasing their coolness factor. The Hermitaur Blademaster armor has a similar appearance to American football gear, which is quite humorous since it's more mundane than many other armor sets. 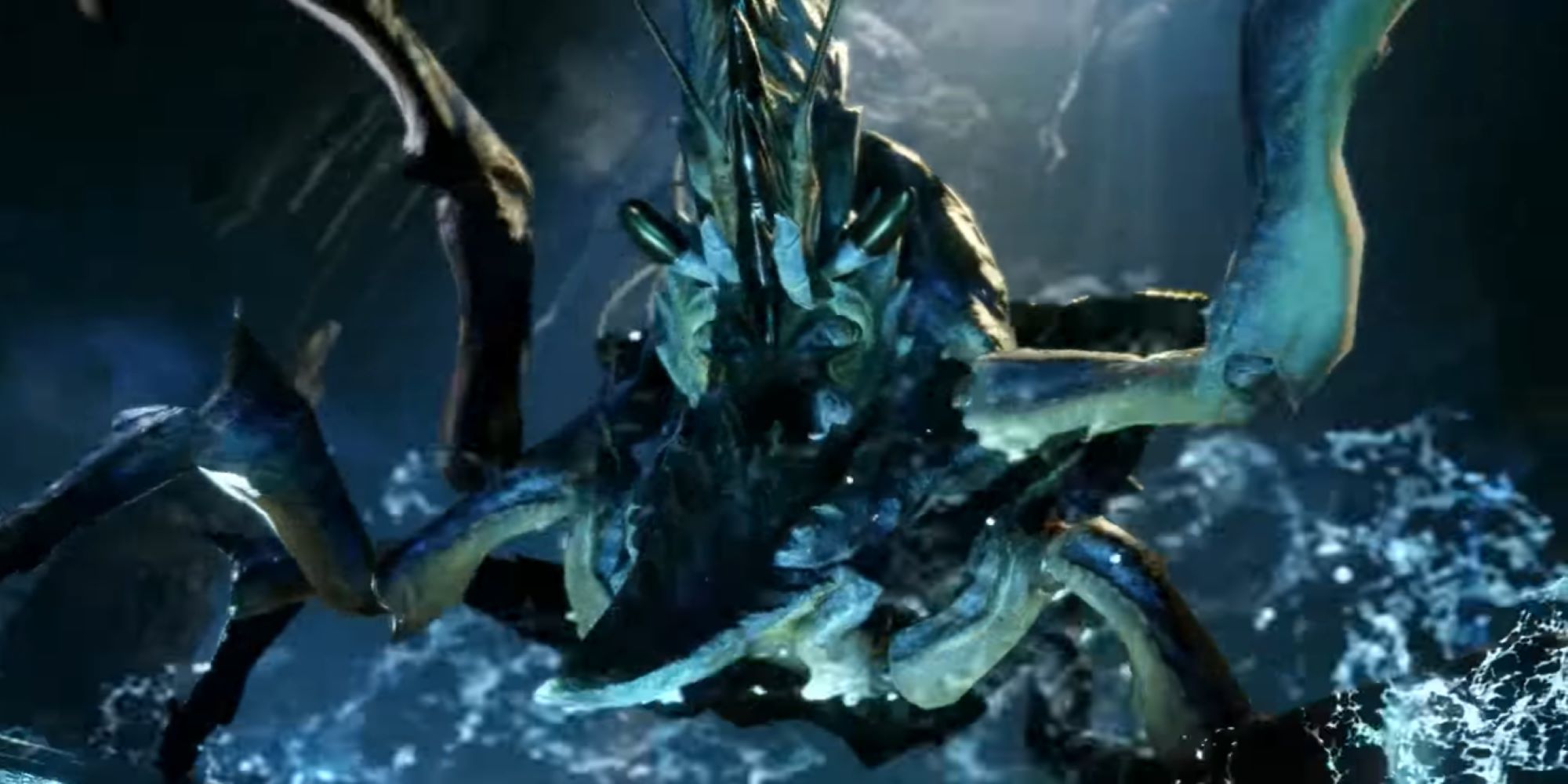 Shogun Ceanataur also spray hunters with their urine as a strange defensive tactic. Compared to the Daimyo Hermitaur armor set, the Shogun Ceannataur armor set fits in a bit better with other armor sets in the Monster Hunter universe, but still has some mundanity compared to armor sets made from other monsters. 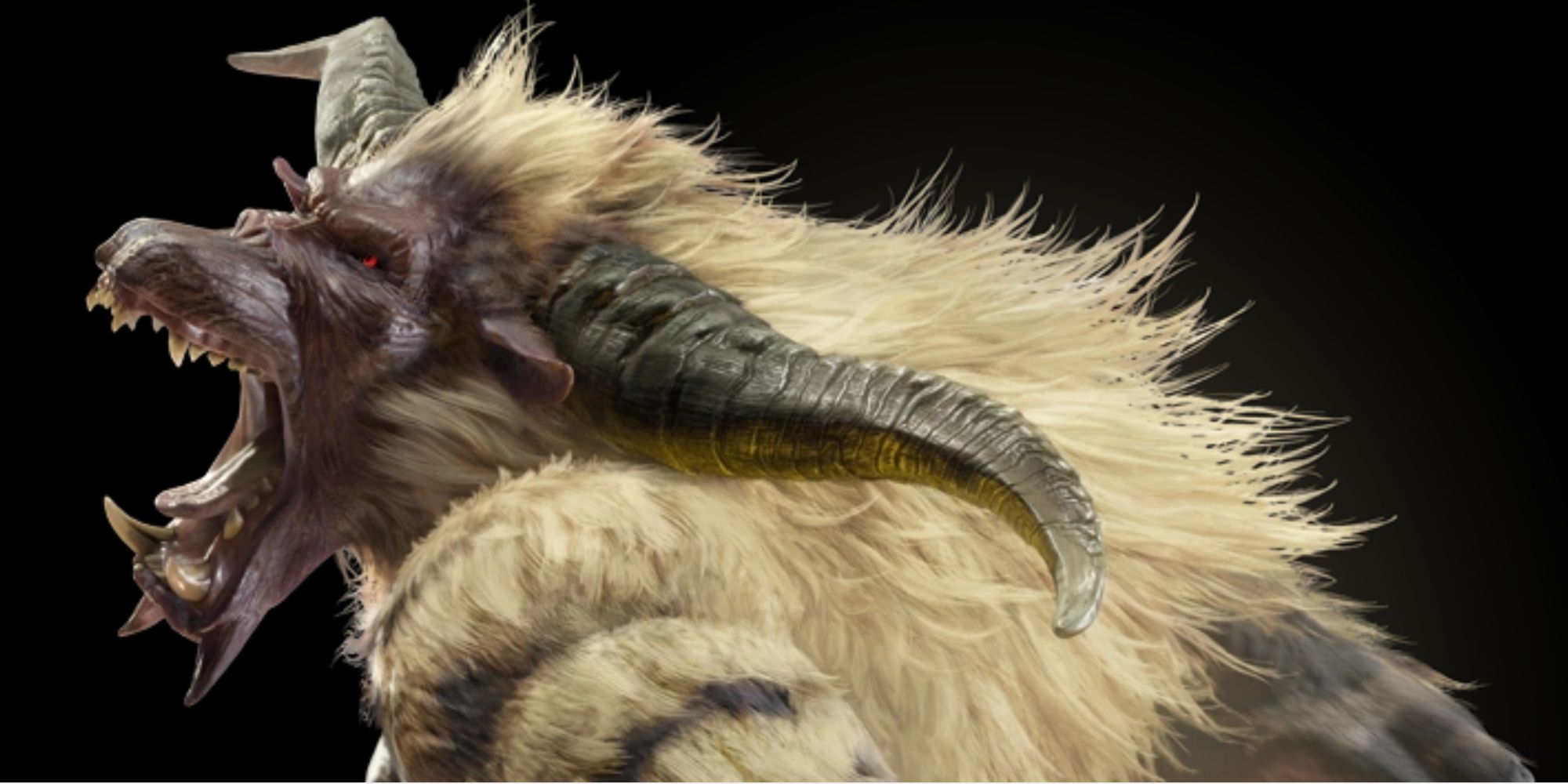 Furious Rajang is a variant of the Rajang that first appeared in Monster Hunter Freedom Unite. The most notable feature of Furious Rajang is that they don't have tails, which is thought to be because either they fell off naturally or the creatures tore them off themselves. Furious Rajang are much stronger than standard Rajang and, as a result, can perform new and more powerful thunder attacks that are much harder for hunters to avoid.

When enraged, Furious Rajang must be hit in the head since their tails are no longer relevant. Many characteristics of Furious Rajang and their standard counterparts also have similarities to Saiyans from Dragon Ball and their Oozaru forms. 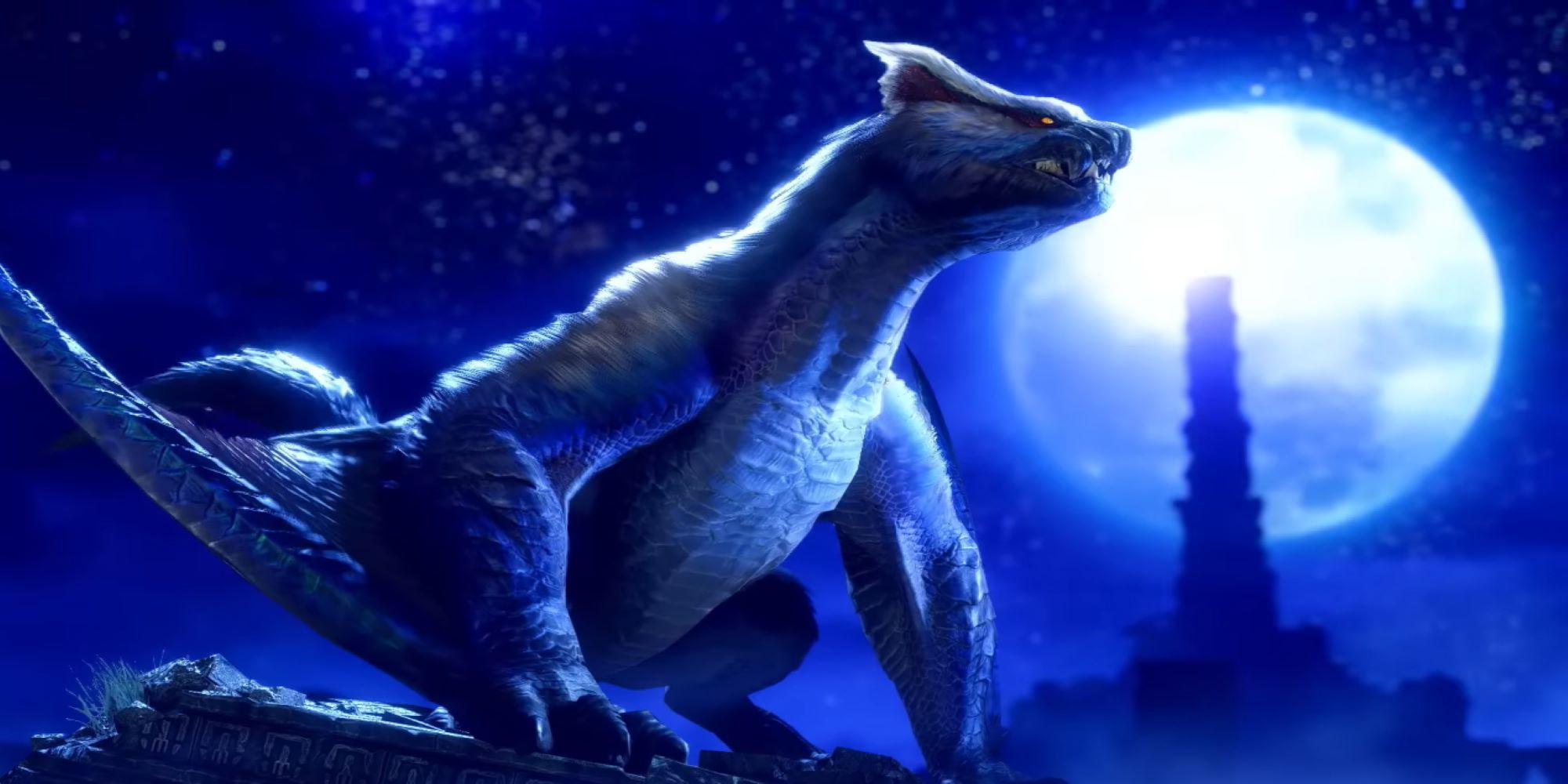 While the Lucent Nargacuga can use a double tail slam attack, extend its poisonous tail spike and cause them to shoot out in different directions, it also can turn completely invisible. When enraged, its glowing red eyes can still be seen when it turns invisible, making it easier for hunters to keep track of. While the Lucent Nargacuga armor isn't all that special, the weapons that can be made from collected parts look interesting due to keeping the same color patterns as the monster itself. 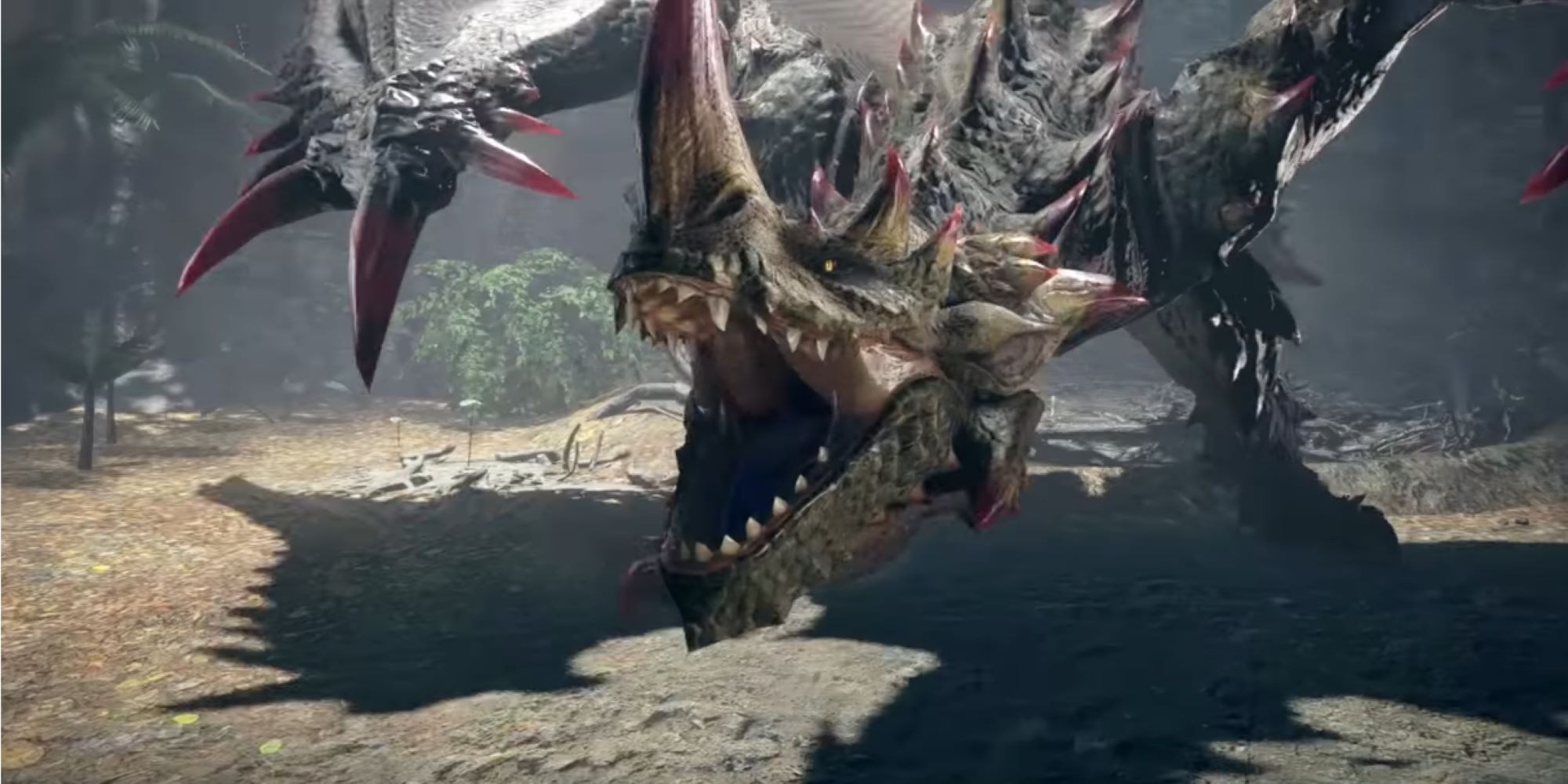 Espinas first appeared in the Japan-exclusive online game Monster Hunter Frontier, so Sunbreak marks its international debut. Although Espinas look somewhat similar to Rathians, they are a bit more threatening. Espinas can spew fireballs that can not only afflict hunters with the expected fireblight but can afflict them with poison and paralysis as well, meaning hunters need to be well-prepared.

Espinas can also poison hunters by attacking them using their horns or spikes. Espinas aren't that interested in fighting, though, and will walk back and forth until the hunter has damaged them enough to reach their breaking point and become enraged. 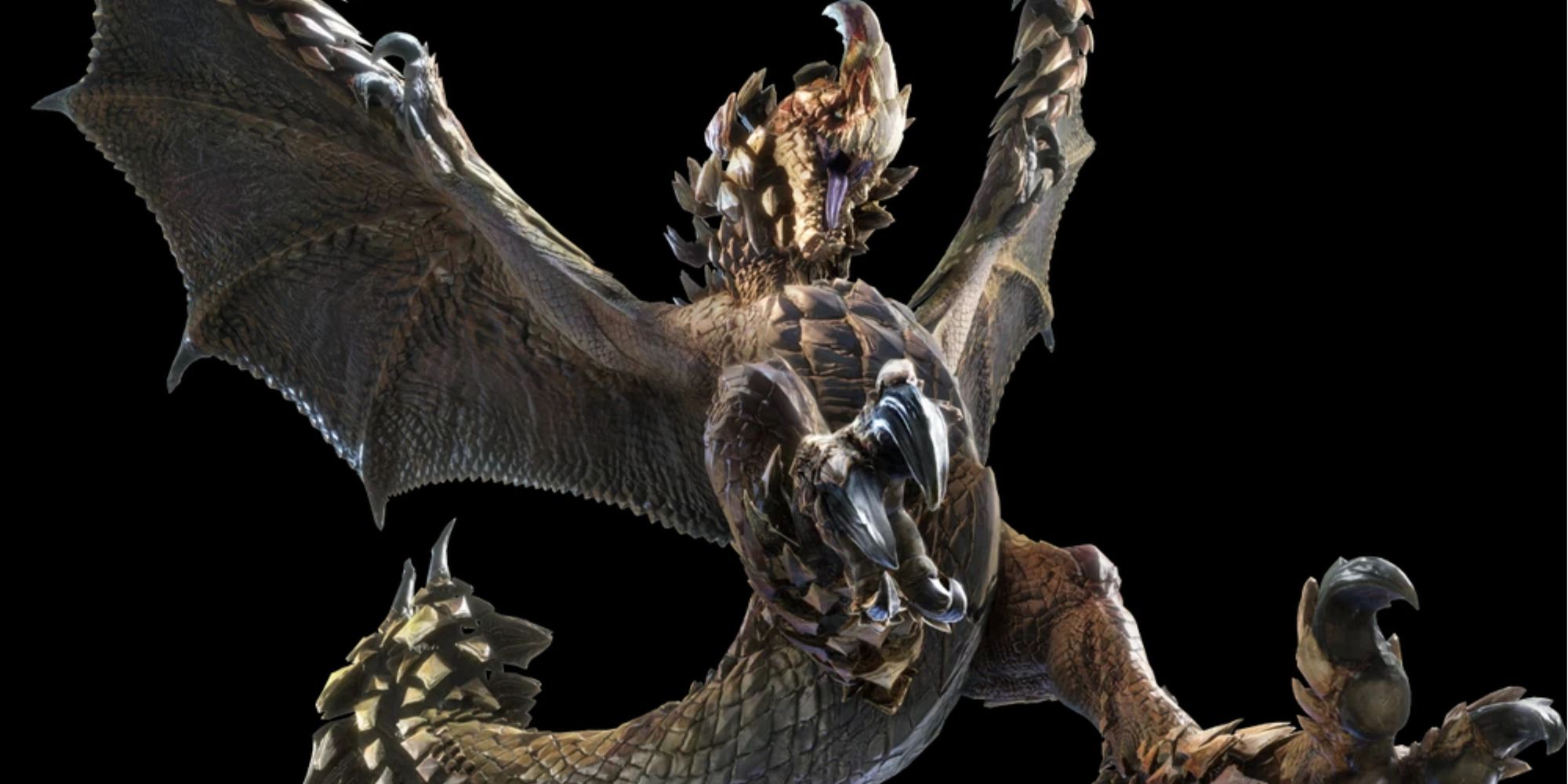 Seregios is a flying wyvern that first appeared in Monster Hunter 4 Ultimate. Seregios can shoot its scales at opponents in addition to using its sharp talons and horns in close combat. The sharp scales of Seregios can also cause bleed damage to hunters not fast enough to avoid when it uses them to attack.

Similar to how many fans refer to Deviljho as a pickle, some fans also refer to both Seregios and Bazelgeuse as pinecones due to the many ridged scales on their bodies that give them a similar appearance. Seregios was also once jokingly called Steve by Yuri of Capcom-Unity before the reveal of its official English name. 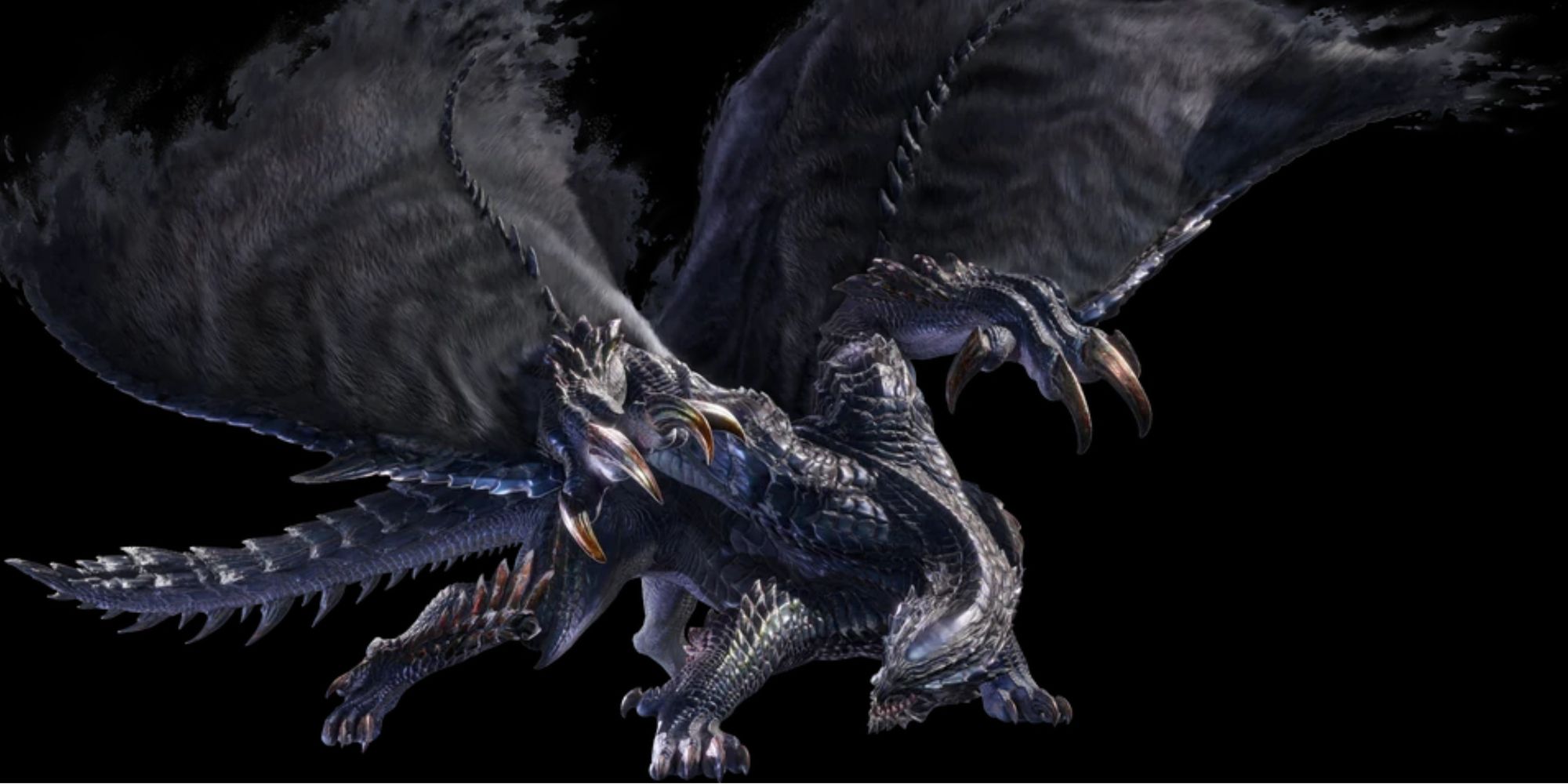 Originally the flagship monster for Monster Hunter 4 Ultimate, Gore Magala is a fascinating monster in that it can use its scales like pollen to make itself stronger, but those same scales can infect monsters with the Frenzy virus, a virus that causes large monsters to become faster, stronger, and more aggressive.

In addition, the virus also causes discoloration of the body of any infected monster. The virus can also infect hunters, but it prevents natural recovery and decreases resilience. Gore Magala is not part of any known class of monsters, making it a part of the unknown class alongside very few other monsters. 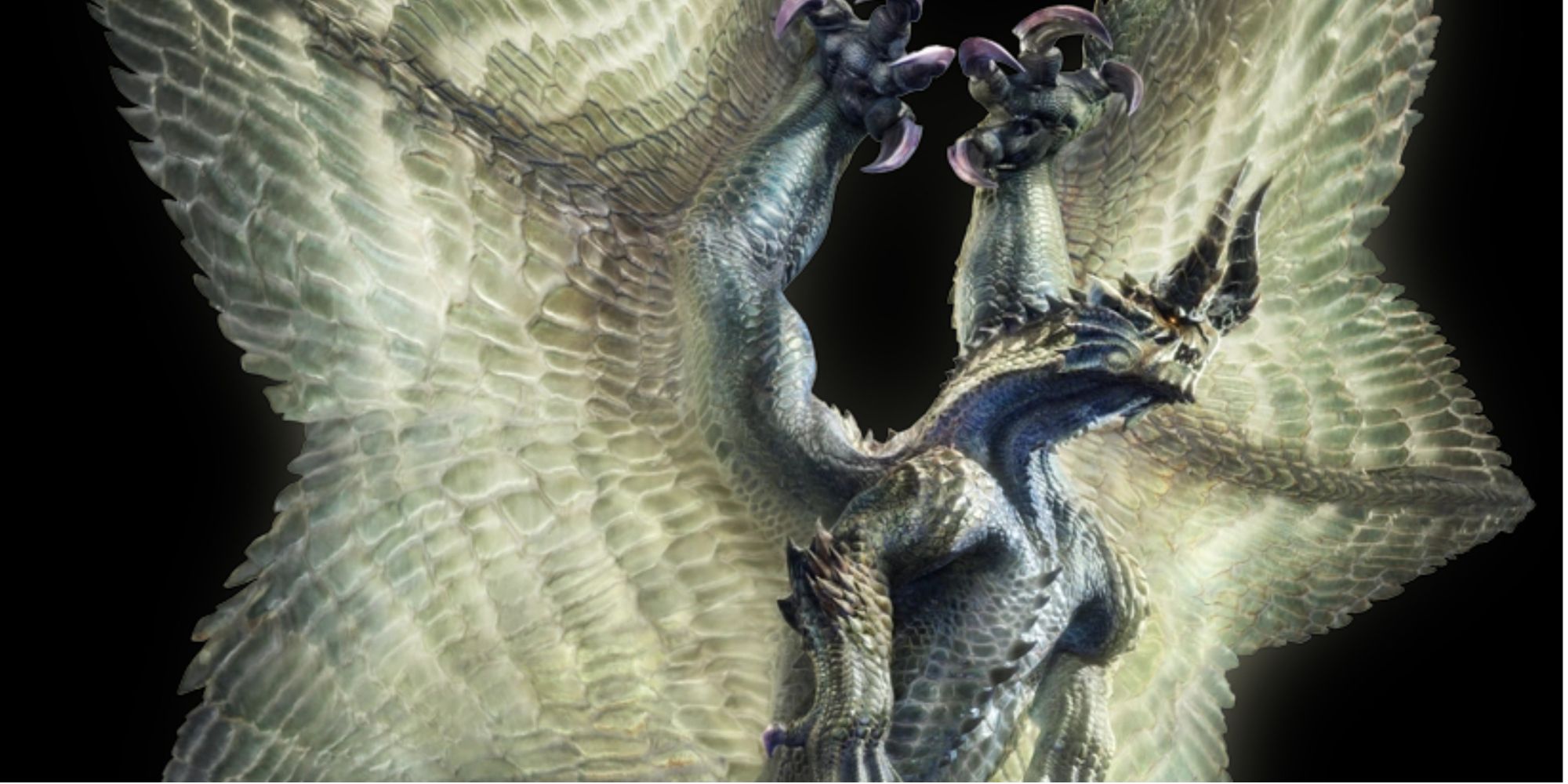 As it turns out, Gore Magala are just the juvenile forms of Shagaru Magala, which also first appeared in Monster Hunter 4 Ultimate. Shagaru Magala are golden Elder Dragons still capable of inflicting monsters and hunters with the Frenzy Virus.

However, the specific strain of the Frenzy Virus unique to Shagaru Magala is also seemingly more powerful than that spread by Gore Magala, causing even small monsters that travel in packs to fight each other. Having learned from their experience as Gore Magala, Shagaru Magala have mastered their strength, speed, and other abilities, making them even more threatening than their juvenile forms. 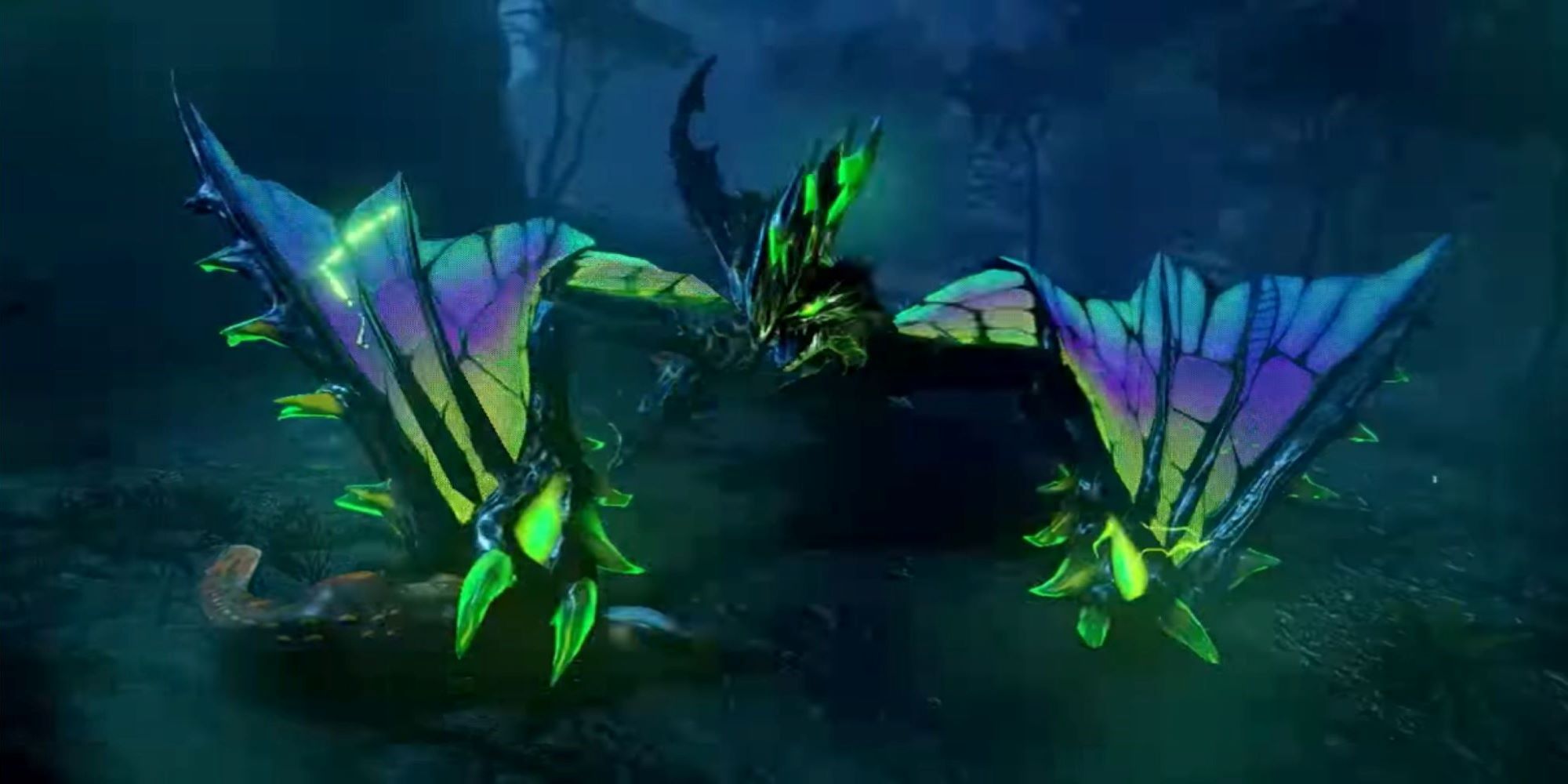 First appearing in Monster Hunter Generations, Sunbreak will mark the second appearance of Astalos in the series. Astalos can generate electricity and use it offensively against opponents. They can also use their tail to paralyze hunters and other monsters. Not only can Astalos generate electricity from their bodies and tails, but they can also spew lightning out of their mouths.

Although Astalos is a wyvern, several aspects of its design were inspired by insects, such as a tree hopper-inspired horn and a dragonfly-inspired tail. Part of the original Japanese name for Astalos, Raizekusu, even comes from inzekt, the German word for insect. Unfortunately, the English name doesn't reflect this inspiration. 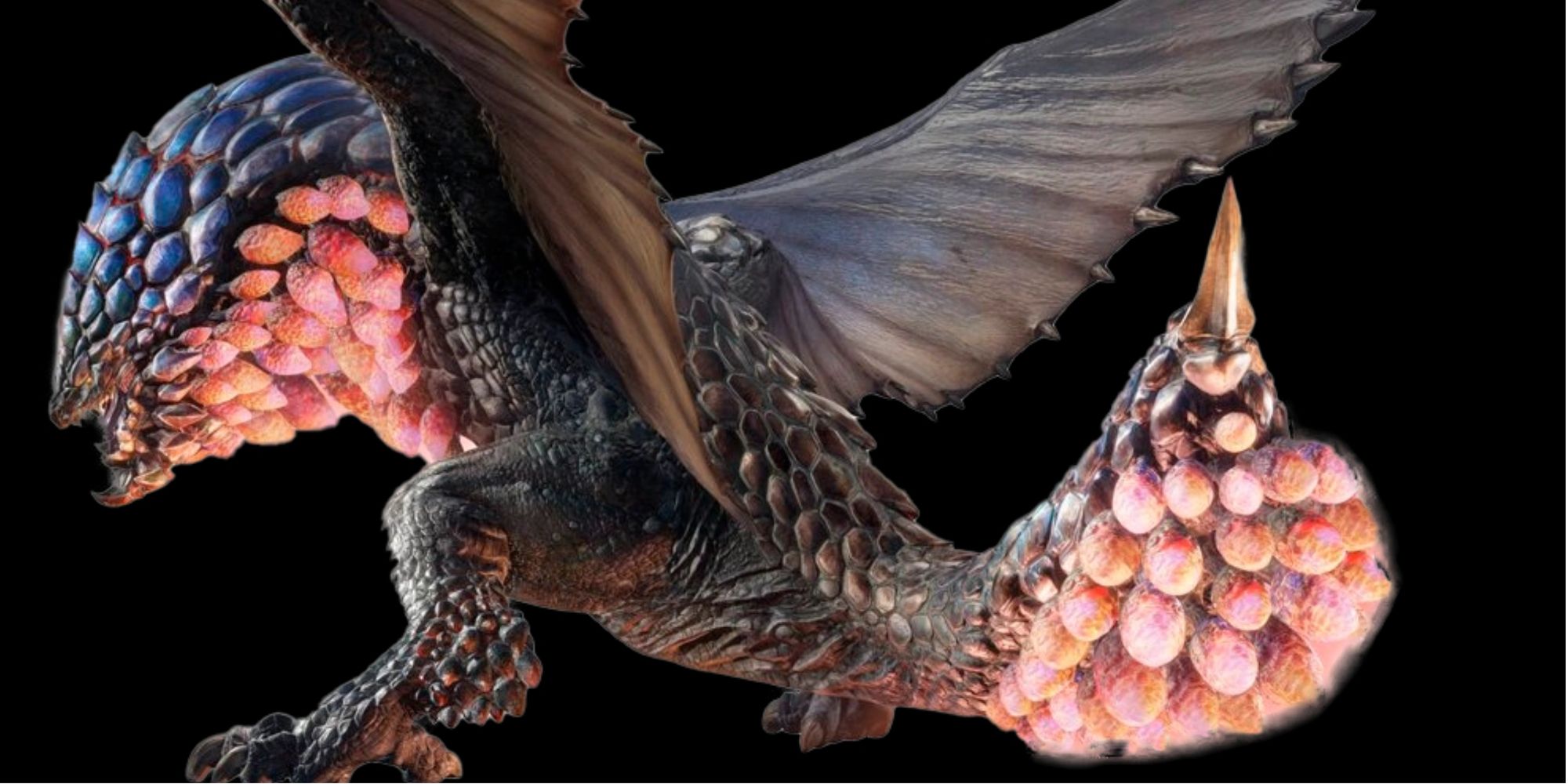