In the Pokémon series, as with any other RPG, stats mean a whole heck of a lot. This franchise, in particular, has a competitive battling element, so you can be darn sure that players are going to opt for the best and most powerful parties they can make.

Having said that, though, no Pokémon truly excels in every stat. The most formidable offensive ones tend to be glass cannons, with defenses that can be utterly feeble. Today, though, we’re digging all the way down to rock bottom to check out the Pokémon with the lowest base Defense of all. 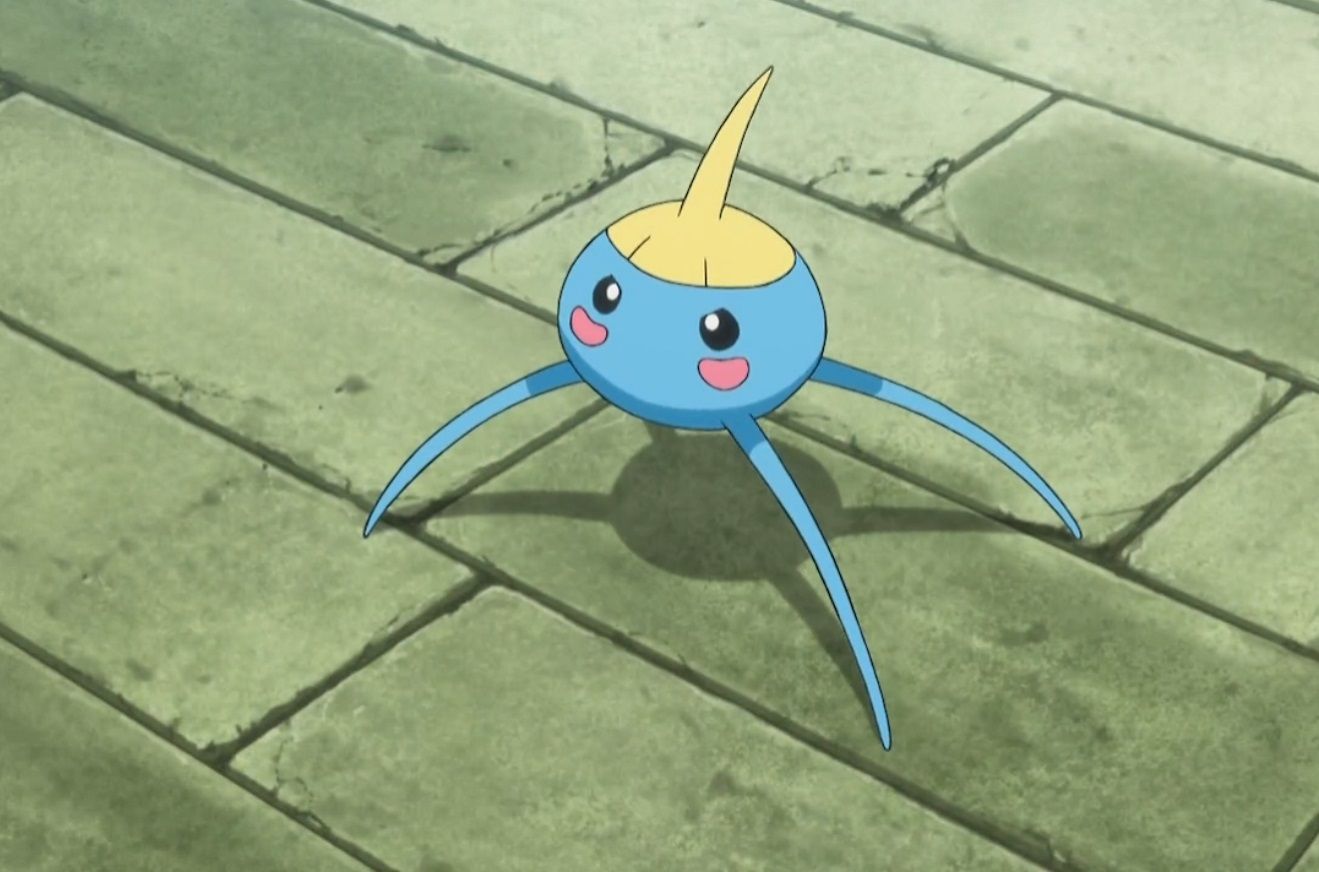 Sometimes, it’s absolutely no surprise at all that a Pokémon is among the frailest of all. Just look at this little Bug/Water critter’s adorable face. You can just tell at a glance that the slightest breeze would probably tear it to shreds.

Its evolved form, Masquerain, isn’t much more capable on that front, with only base 62 Defense itself. Still, it does boast the fantastic Intimidate Ability, which indirectly makes it a little more capable of taking physical hits (by reducing the opponent’s Attack). It’s not likely to save it, though. 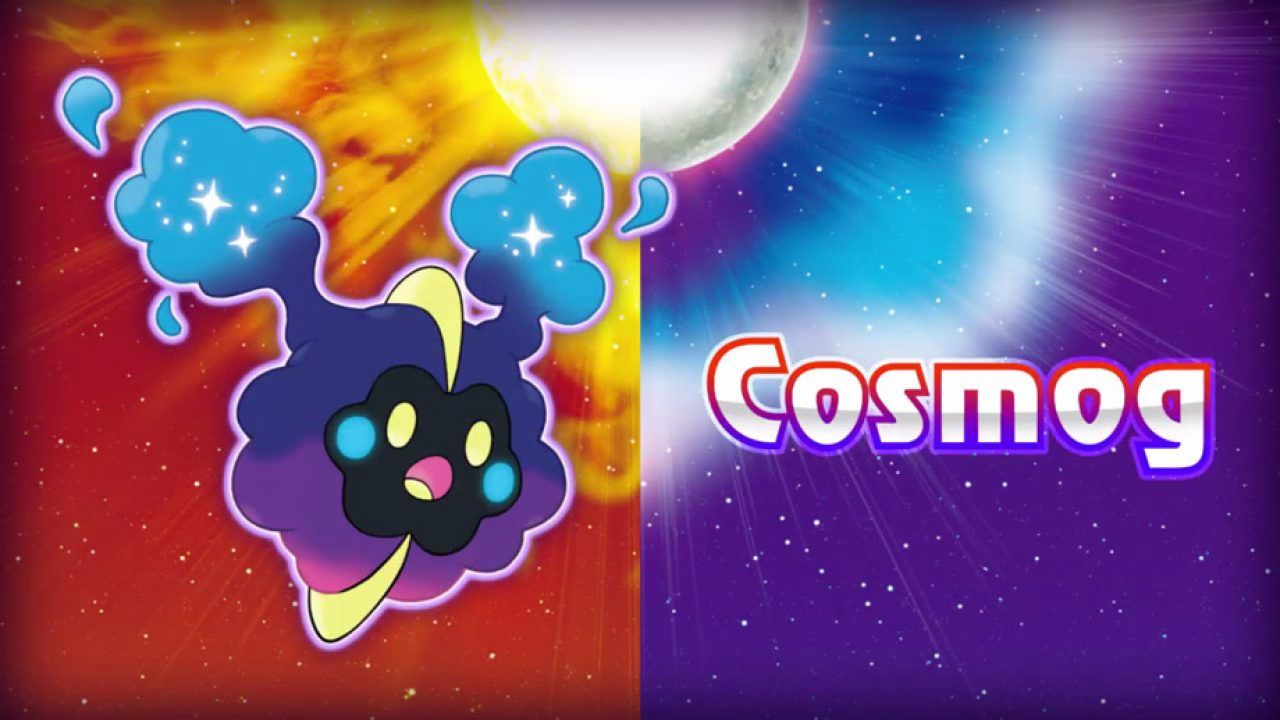 Losing out on best-of-the-worst position by a single base stat point, it’s the equally-adorable Cosmog. If you’ve played Pokémon Sun and Moon, you’ll recognize this thing as serial bag-escaper Nebby, the absolute bane of Lillie’s existence (in the most lovable way, obviously).

While it eventually evolves into none other than the mighty Solgaleo/Lunala, Cosmog itself is about as capable as Magikarp on the Uselessometer. Learning a grand total of two moves, Splash and Teleport, it stands to reason that its stats would also be awful across the board, with base 43 HP being its highest.

8 Weedle, Spearow, Alolan Diglett (And Fifteen Others): Base 30 Defense 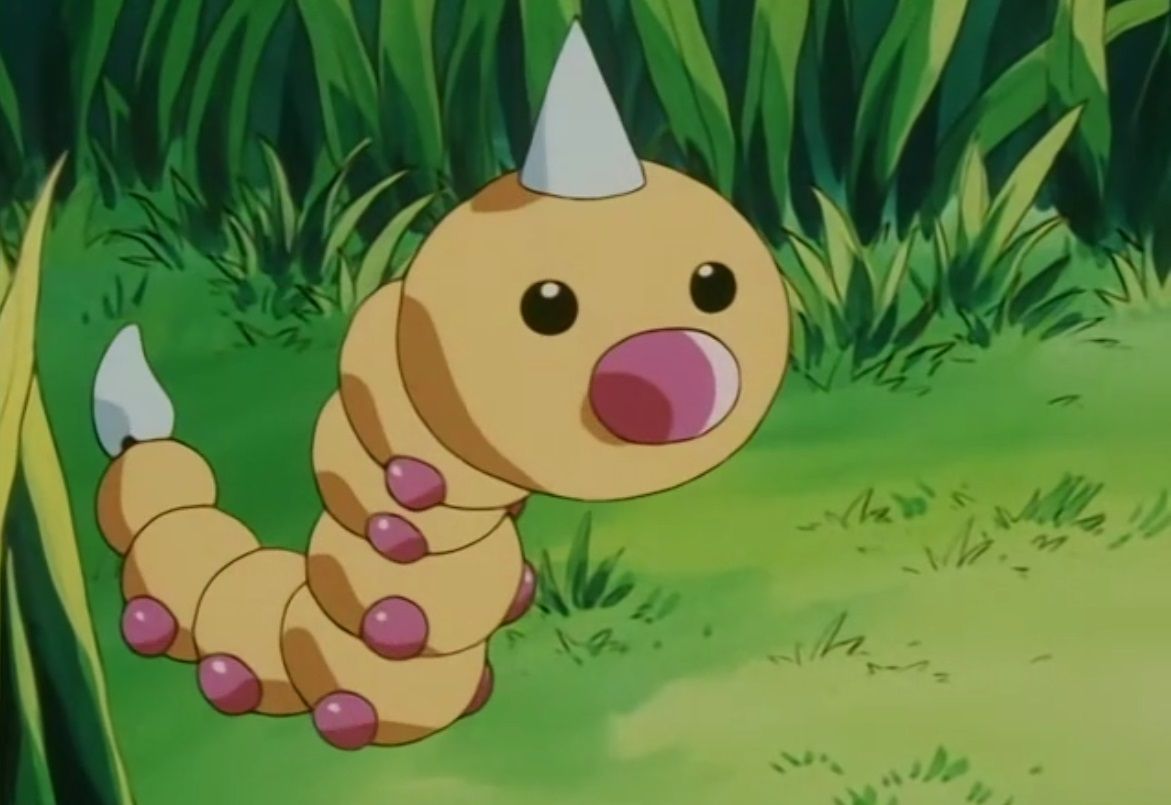 Well, this is a heck of a joint position. It looks like a pathetic base 30 Defense is a popular stat to have, as eighteen different Pokémon share that number. Besides the aforementioned three, Kadabra, Gastly, Hoothoot, Ledyba, Sunkern, Houndour, Lotad, Taillow, Wingull, Makuhita, Starly, Pikipek, Yungoos, Impidimp, and Dreepy are also in the base 30 club.

Needless to say, that’s nothing to be proud of. Still, a lot of these Pokémon (especially Gastly, Kadabra and Dreepy) evolve into super-strong glass cannons, so we can forgive their frail nature.

7 Cleffa And Nickit: Base 28 Defense 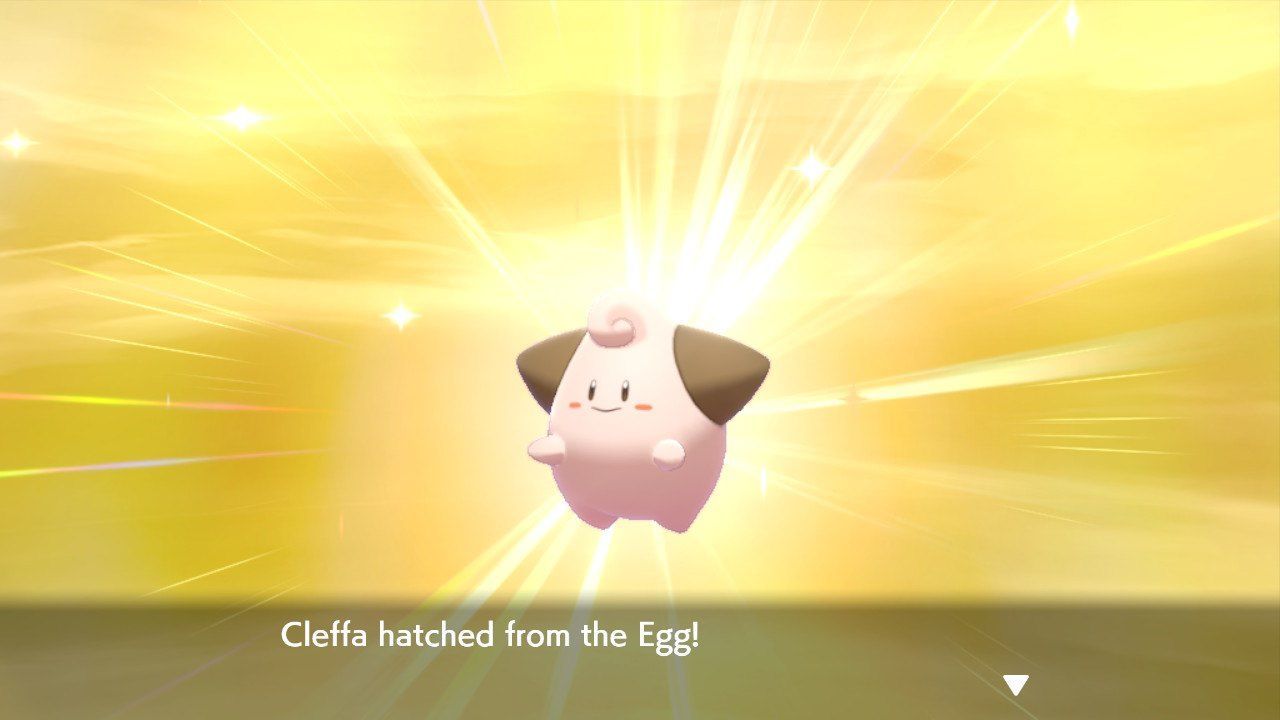 Well, this is more manageable. With the base 30 club out of the way, only two Pokemon share base 28 Defense: the baby of the Clefairy line and Nickit, the pre-evolved form of Thievul straight out of Pokémon Sword and Shield.

As a baby Pokémon, we can understand why Cleffa’s stats would be so low, but Nickit? This little fox is really nothing more than early-game average catch-fodder. Its evolution is much the same, with only its special stats and Speed bring above 80 or so.

6 Diglett And Ralts: Base 25 Defense 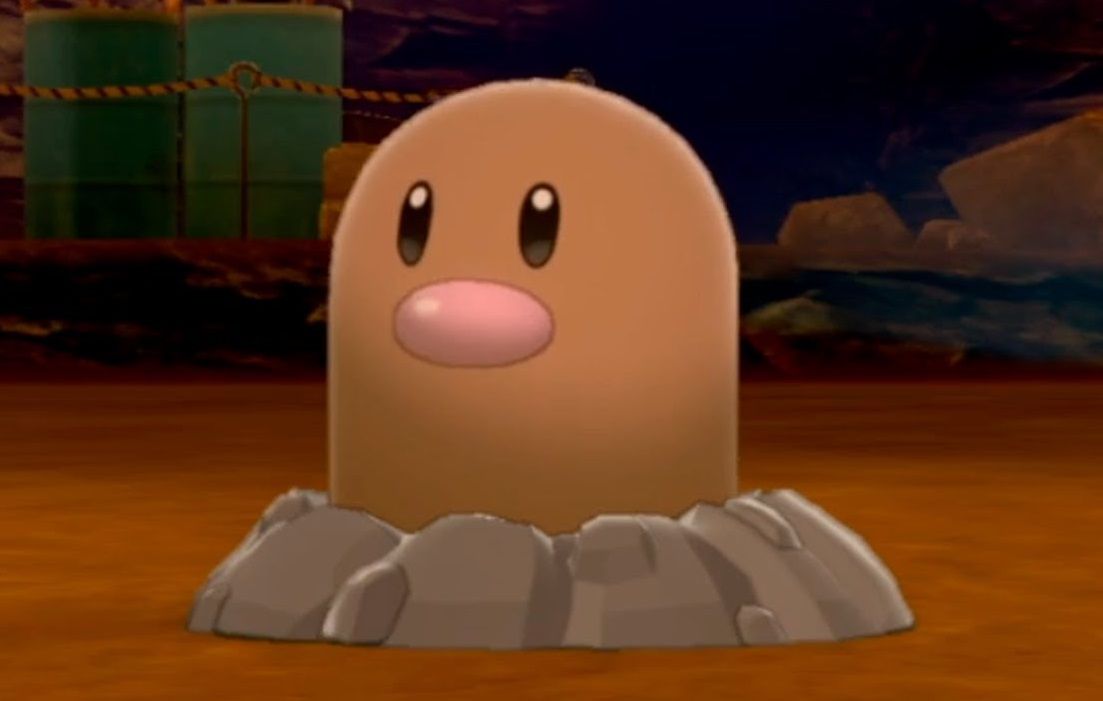 Another very minor drop downwards for our next entry. It’s quite surprising that we’re halfway through the list and we’ve only just arrived at the famously feeble Diglett, isn’t it?

Of course, this Ground-type is the classic epitome of a glass cannon. With its Arena Trap Ability and blistering Speed, Dugtrio (with only base 50 Defense itself) can effortlessly take down key threats to its team. Should its target survive, though, it almost certainly won’t without a Focus Sash. Meanwhile, Ralts has two different evolutions to go through (arriving at either Gardevoir or Gallade) and is a member of the generally physically-feeble Psychic-type, so its lack of Defense is par for the course. 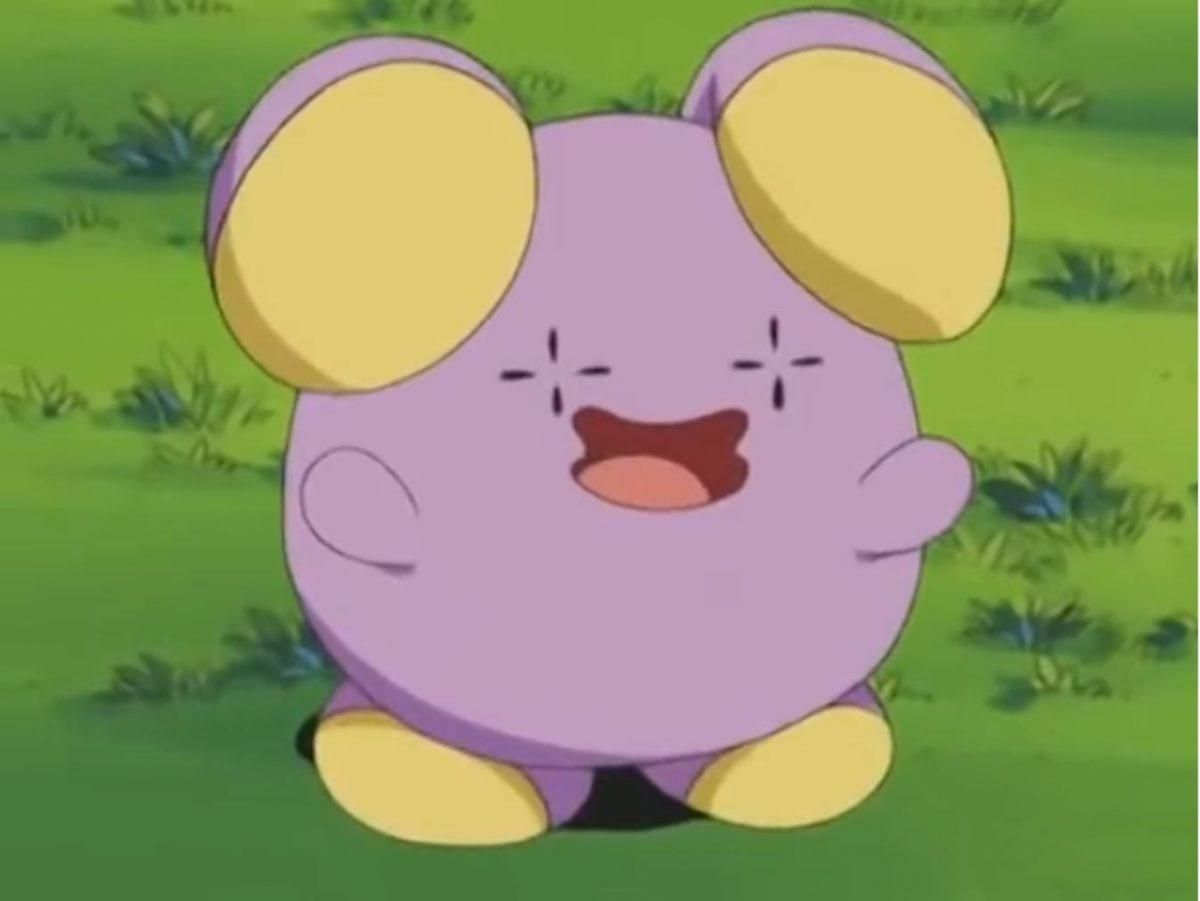 Exploud tends to rely on its high 103 base HP to take any hits. Like Emboar, it has a lot of health but slim to nothing in the way of actual defenses. Needless to say, this runs throughout the evolution line.

Whismur has base 23 in both defenses, which really isn’t going to get it anywhere at all. By the time it’s evolved in Exploud, it’s a powerful special attacker (those Boombursts definitely smart, friends), but its Speed is super average and it takes a lot of damage when it can’t finish off its foe. 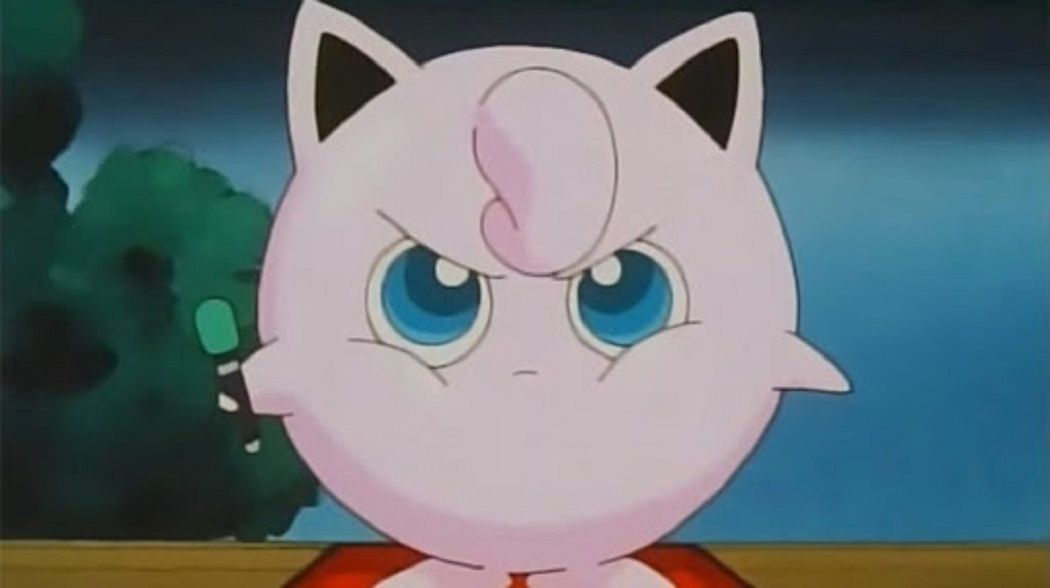 Well, here’s a turnup for the books. We bet you never thought you’d see Jigglypuff and Deoxys sharing the same base stat, but here we are. That’s the odd Bizarro World we’re living in.

Deoxys, as fans will know, is a Pokemon that can adopt various forms. There are four options: Normal Forme, Attack Forme, Defense Forme and Speed Forme. Defense Forme tanks hits like a champion but offers precious little in the way of offense, while the reverse is true for Attack Forme. You probably already figured that one out, but it’s interesting to see Deoxys rated as low as notoriously frail critters like Carvanha and Feebas. 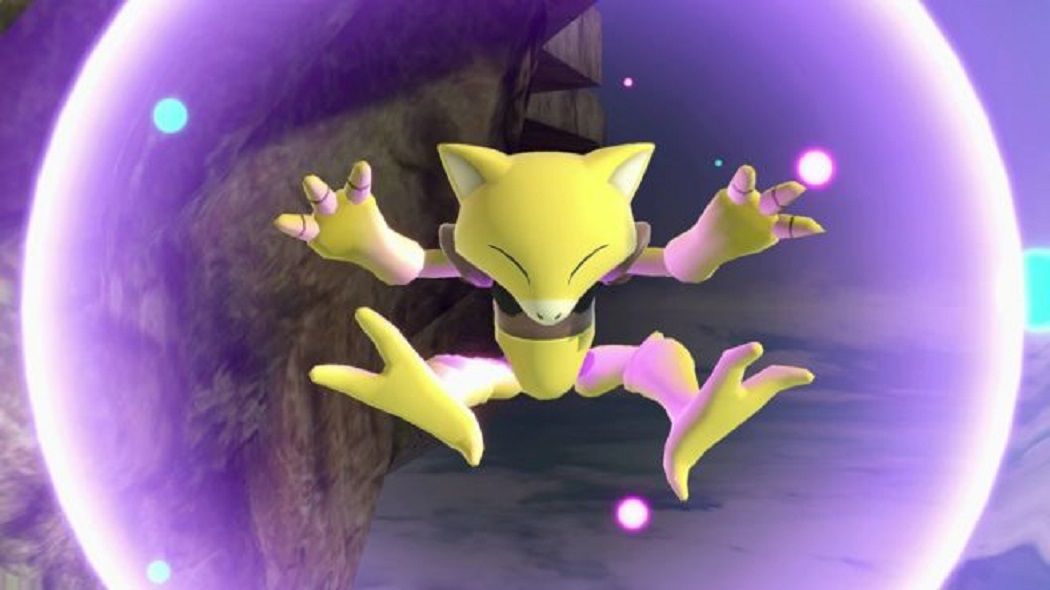 As a rule of thumb, if an evolved Pokémon appears in a list of species with the lowest stats, you can be darn sure that its pre-evolution is going to pop up later too. Sure enough, Abra, Igglybuff and their feeble friends are next on our rundown.

Why is Abra in such a pants-on-fire hurry to escape from battle with Teleport when you encounter it? Because it’d instantly faint to absolutely anything physical, that’s why. Pichu, of course, is as frail as it looks, and Jynx’s huge physical weakness is reflected by its pre-evolution. 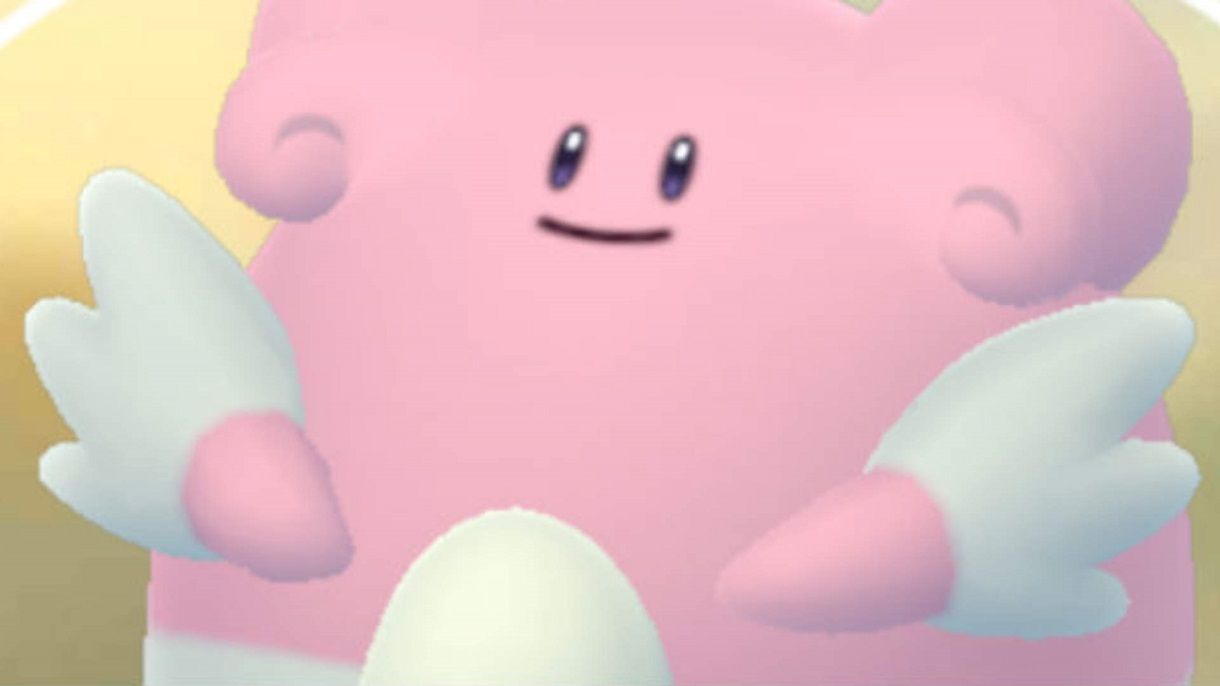 Well, dang, Blissey. Those are some hilariously uneven stats you have there. If you’ve ever encountered this great pink blob in a competitive battle, you surely came away wondering just how the heck it manages to sponge every special attack ever. with base 135 Special Defense and a ridiculous base 255 HP, it’s an almost impossible… egg to crack for special attackers (especially if they have no boosting moves).

To balance this, though, any physical attack will tear its mountain of HP to shreds. Base 10 Defense is the second-lowest in series history, which is actually quite a feat for a fully-evolved Pokémon.

1 Chansey And Happiny: Base 5 Defense 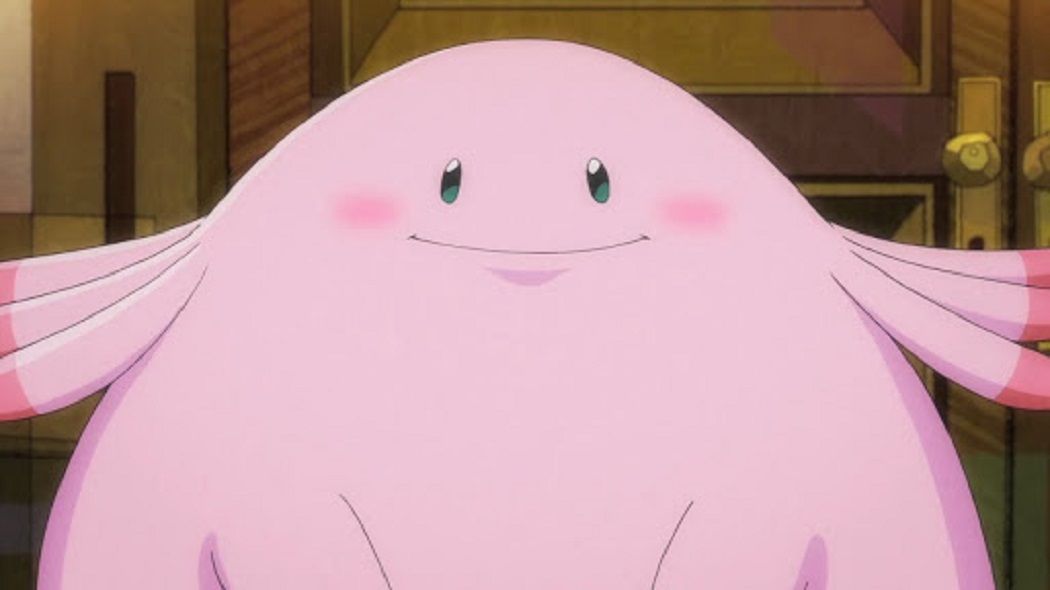 Which Pokémon could possibly have worse Defense than Blissey, you ask? Its pre-evolved forms, of course. Happiny has just 5 base Defense, which doesn’t improve at all when it evolves into Chansey.

When you’re making Caterpie look like an untouchable defensive behemoth (base 35 Defense), you know you’ve got a life decision or two to rethink. Having said that, though, don’t think you can exploit a Chansey’s laughable Defense so easily. This tricky little creature often has an Eviolite equipped, making it potentially bulkier than Blissey versus both special and physical attacks. Don’t say we didn’t warn you when it’s spamming its evasion-based shenanigans.