In recent years gamers have started to see a specific style of game that marries sprites and polygons slowly rise in popularity. With the release of Octopath Traveler, this style was dubbed "HD-2D" by Square-Enix. However, while this HD-2D aesthetic is great, and it is super exciting that it is becoming more popular, it isn't actually a completely new aesthetic.

In fact, this aesthetic first hit the scene in the PlayStation 1 era. Which raises the question, since the sprite and polygon have been featured together for the better part of 30 years now, what are some of the most stand-out games to have incorporated it?

Grandia is an example of the PlayStation era of RPGs using this graphical style to its fullest. Here all the characters are depicted as sprites, while nearly everything else is polygonal. This allows for a world that has detailed sprites, but that can also have a swiveling camera that can shift around the various environments.

In order to help the backgrounds and sprites look more cohesive, there is an early utilization of cel-shading on the polygonal elements. It works quite well and helps to give this fantastic title a unique aesthetic.

The era of merging sprites with polygons largely came to an end with the death of the PlayStation. Most series started moving toward exclusively polygonal visual styles. Disgaea, on the other hand, refused to abandon this graphical style. The Disgaea series has fantastically sharp, well-drawn sprites duking it out in polygonal arenas.

Unsurprisingly, the Disgaea games are still, to this day, absolutely gorgeous. The characters are packed with expression, while the camera can freely shift around the arenas due to them being polygonal. There is a reason Tactical RPGs held on to this graphical style long after it fell out of style; it quite simply works perfectly with the medium.

8 Final Fantasy Tactics: The War Of The Lions

And, to be fair, it is a visual style that doesn't draw much attention to itself. However, it has managed to withstand the test of time, still being a good-looking game to this day. Something its polygonal big brothers aren't able to claim.

Shantae has an odd history of being a game series that always feels like it is utilizing tech long after it has been phased out. So, it is only appropriate that Half-Genie Hero, a PS4 game, would be rocking that unique aesthetic that had been so popular in the PS1 era.

Featuring largely polygonal environments, Shantae is littered with beautiful 2D assets. With some smart cel-shading and a colorful palette, Shantae shows why this unique visual style should never have gone into recession in the first place.

Guardian Heroes is among the best beat-'em-ups ever made and considered one of the Sega Saturn's best games. Famously, it has a heavy emphasis on fighting game-esque motion inputs and a branching approach to level progression, all accompanied by a classic RPG-style leveling mechanic.

However, it likely wouldn't have the same popularity if it didn't have such an excellent visual style. The environments are largely polygonal, but they are dotted with sprite-based environmental objects. This creates a look that is reminiscent of a pop-up book. It all comes together to be a fantastic package. 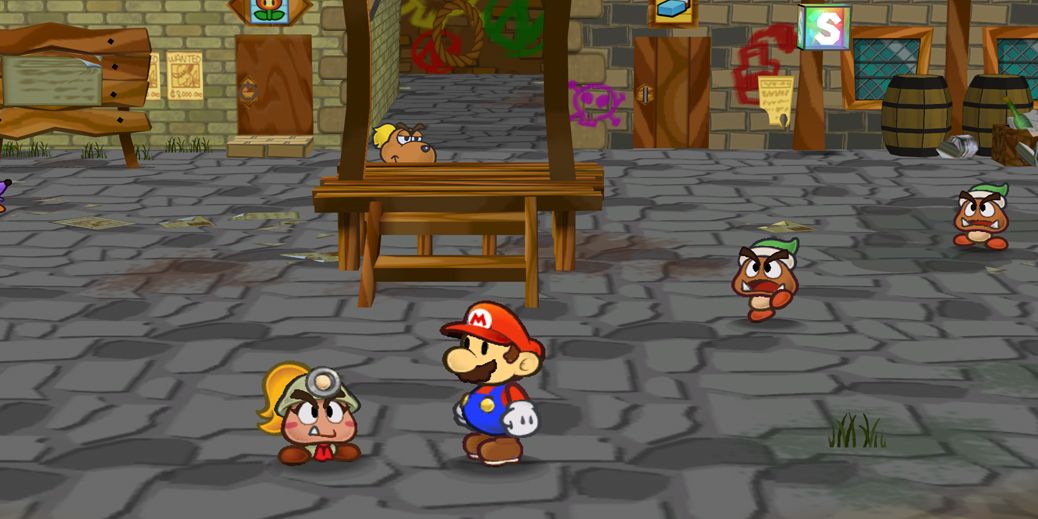 During the era when sprites had largely ceased to exist, Nintendo did what Nintendo always does (for better or worse) and bucked the trend. And as a direct result, The Thousand-Year Door is absolutely stunningly gorgeous. With this absolutely classic RPG, we get a glimpse of what games could have looked like during the sixth generation if companies hadn't completely discarded a winning aesthetic style.

Of course, the aesthetic ties into the excellent gameplay, and it is all tethered to one of the most charming RPG scripts ever written, but that look is definitely a huge part of what makes this game so damn special. 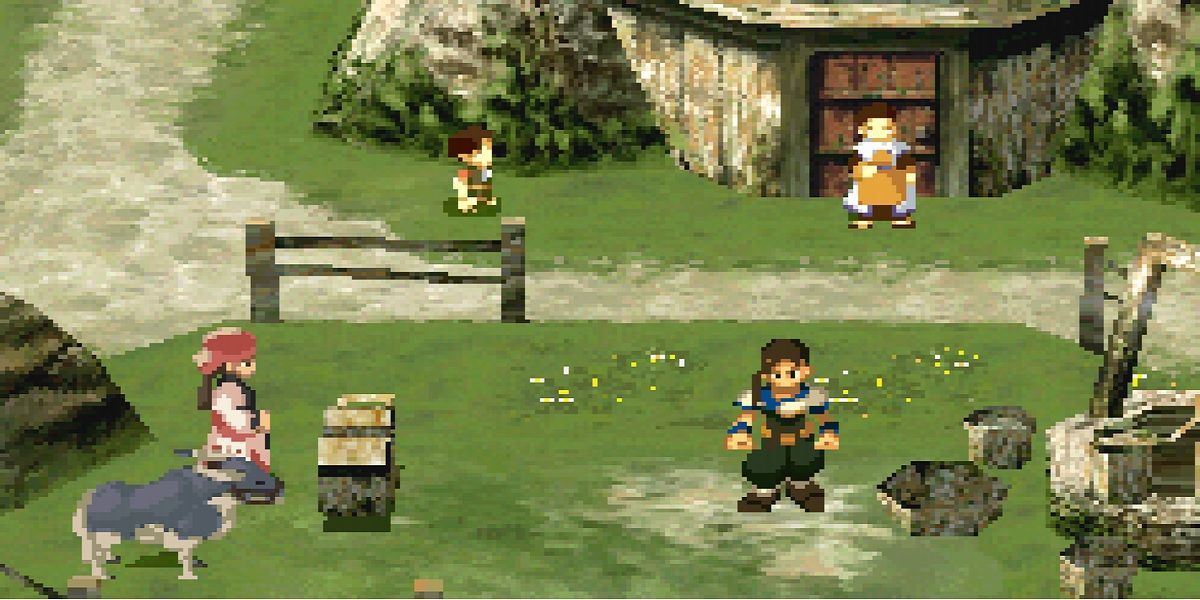 Xenogears is another legendary PS1 RPG that made the strategic decision to utilize sprites in polygonal environments. However, while the characters are rendered using sprites, the mechs (named "Gears") in this game, which can be utilized during battle sections, are polygonal.

Xenogears beautifully fuses these elements together with the intelligent use of cel-shading. The Xeno series would abandon the sprites when it transitioned into the PS2 era. This is too bad, as Xenogears holds up aesthetically better than nearly all of its spiritual successors. 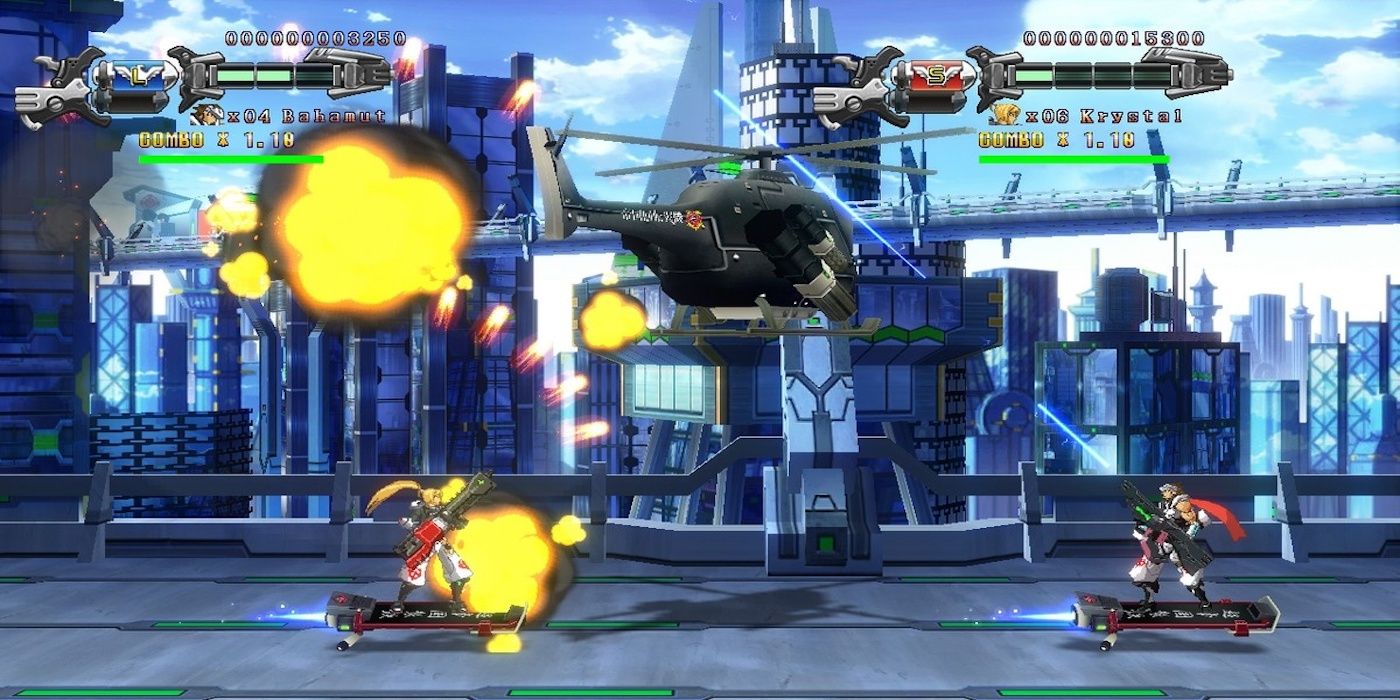 Hailing from the Seventh generation of consoles, Uprising is a sequel to the beloved Contra: Hard Corps. And this game is an absolute dream to play. It has everything you would expect from a Contra game: from tons of bullets on the screen to enemies rushing you down to the satisfying arsenal of weapons.

However, it also features a striking blend of high-quality sprites with HD polygonal background and enemies. Uprising is a visually striking, frenetic side-scrolling title that everyone should play. 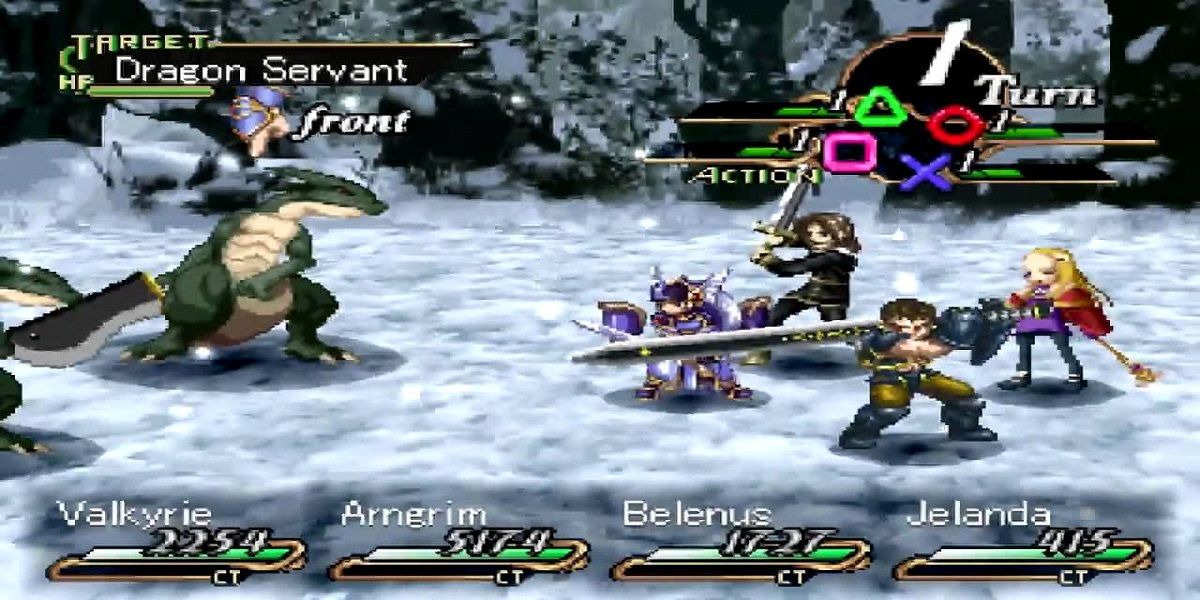 To this day, Valkyrie Profile has served as the blueprint for some notable games. When it comes to the fusion of polygon and sprite, Valkyrie Profile is an example of the very best implementation available at the time. Valkyrie Profile would release just a few months before the PlayStation 2 would launch: a system that would harken in an era in which sprite integration would become incredibly rare.

Thus, Valkyrie Profile acts as a swansong for this aesthetic style. And it is one hell of a final argument for the strength of the aesthetic. Thankfully, as we know now, the aesthetic wasn't dying, it was just going into hibernation. 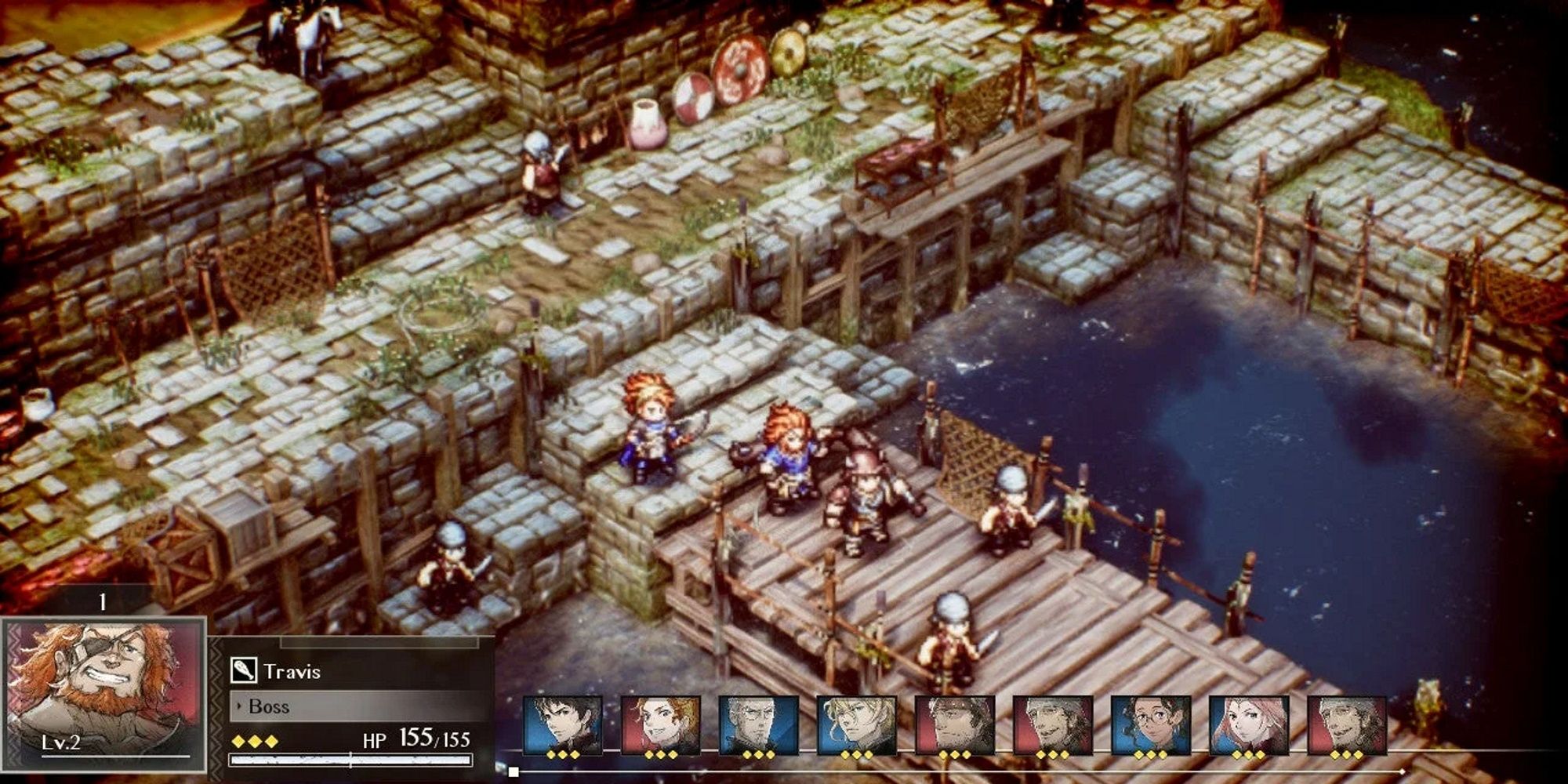 With Triangle Strategy the classic marriage of sprites and polygons in a Tactical RPG has found its way back home. While Octopath Traveler was a fantastic effort, Triangle Strategy takes what it did and further refines it. Part of what makes the Artdink take on this polygon and sprite fusion so compelling is how liberally they utilize visual effects. They play with depth of field and other post-processing effects. Ultimately, the style feels new and novel, while also being extremely nostalgic.

The game itself is also compelling in its own right. It features a great iteration on the classic Tactical RPG style of combat, playing in a very familiar style, but also adds things like unique pincer attack mechanics to help keep things feeling fresh. It is a great game and it is fantastic to see this beautiful graphical style return to the medium. Long live the HD-2D era!