What started as an April Fool’s joke, Ultra Rapid Fire (URF) has evolved to be a permanent fixture as one of League of Legends’ rotating game types. The map may be the same one that ranked games use, but URF is meant to be a fun, light-hearted way to play League of Legends.

An Awesome Buff of Awesomely Awesome Buffing, a silly, catchy pre-game lobby song, and wacky skin lines all work in harmony to make URF an entertaining game type. With very low cooldowns and mana-free abilities, you can experience champions like never before. 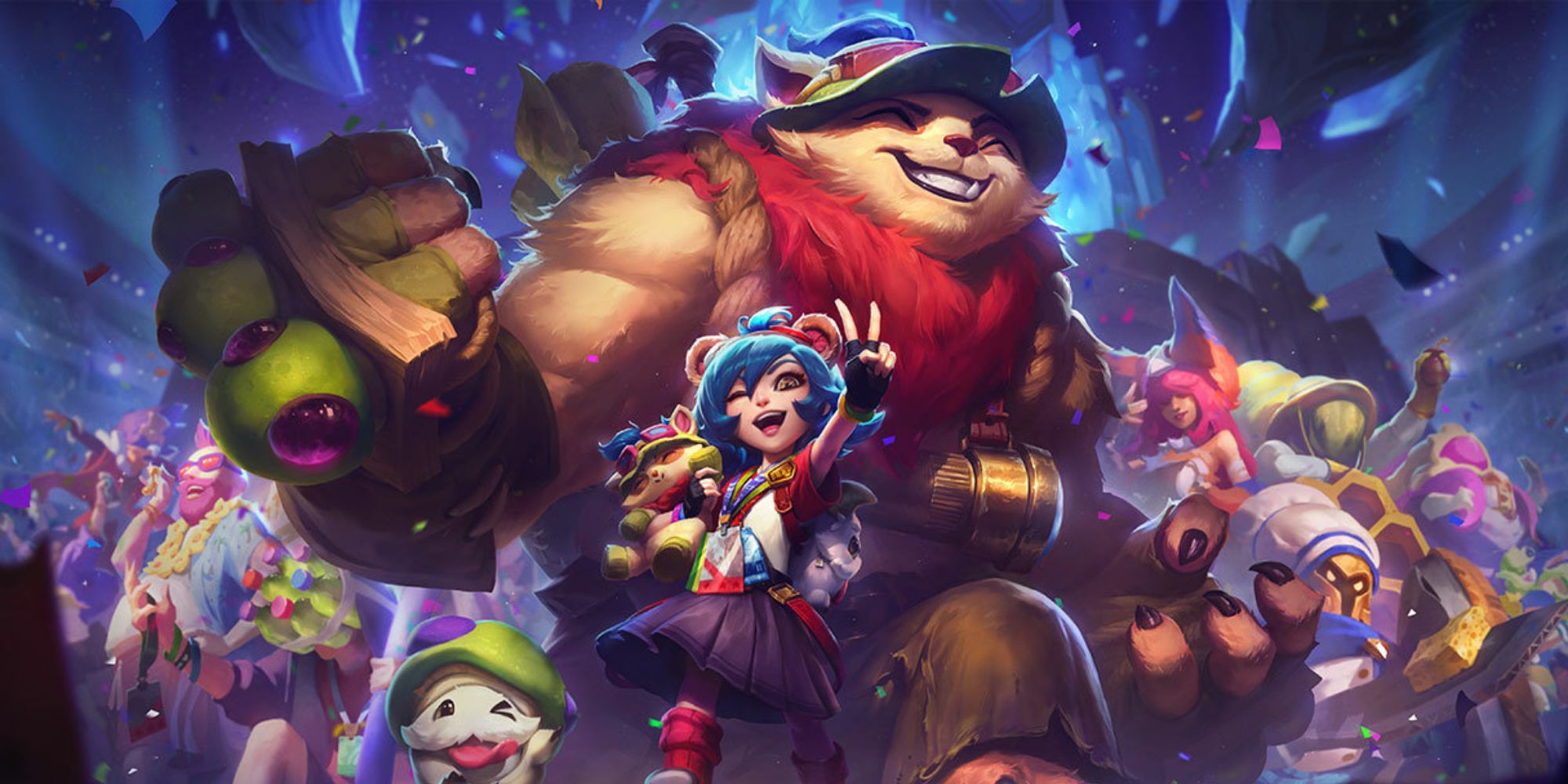 The significantly decreased Ability Haste of ARURF allows Annie to cast her abilities much more frequently, rapidly activating her Pyromania. Once activated, she can stun an enemy and use her other abilities in quick succession to deal out massive burst damage. By the time she’s finished, her Pyromania will be active again.

Annie’s damage in ARURF is also amplified by her loyal pet, Tibbers, who can be summoned almost indefinitely. If the timer on Tibbers is allowed to run out naturally, she can summon him again just seconds later. 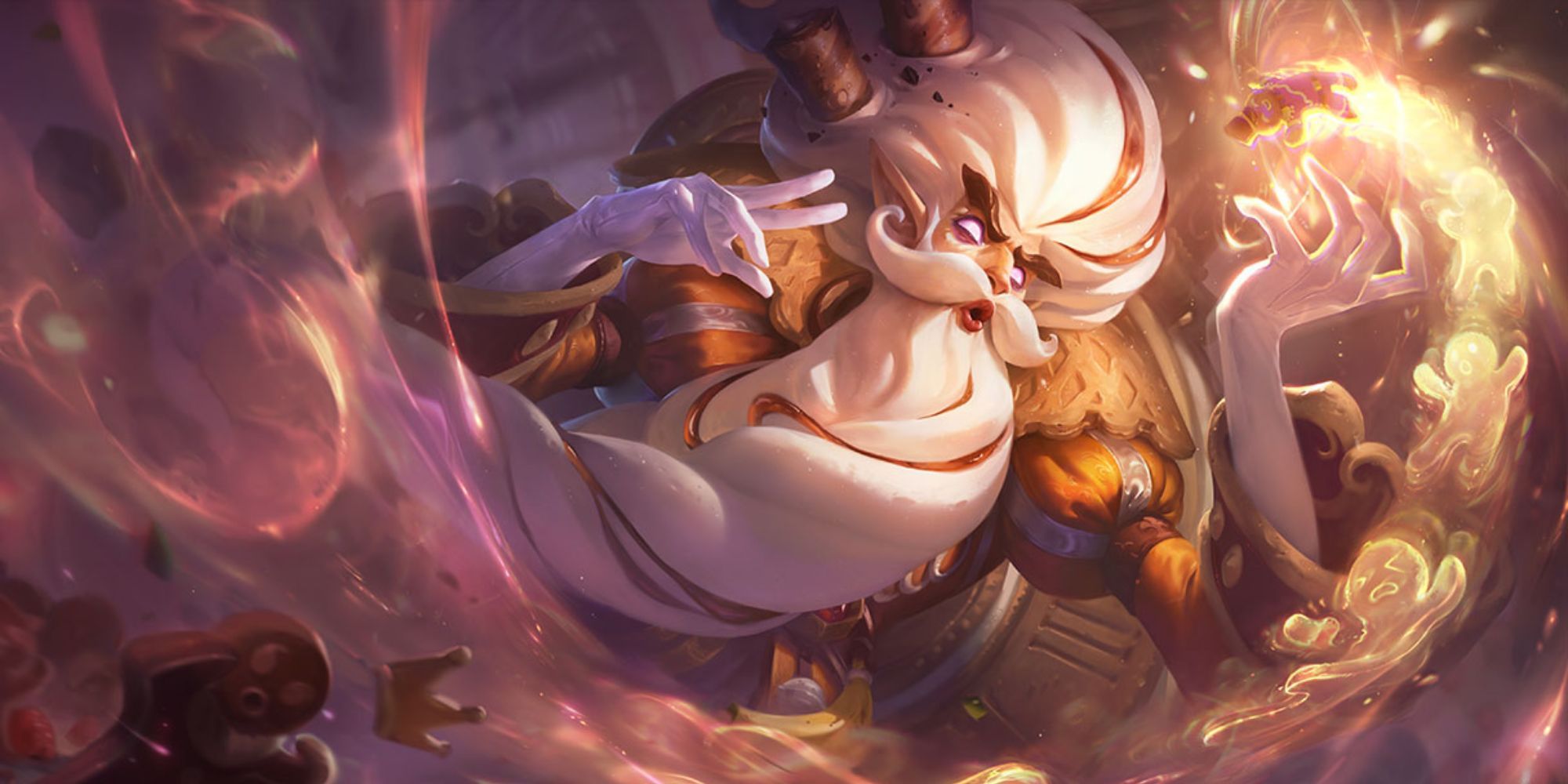 Burst damage, stuns, and escaping death would normally make Zilean a pest, but ARURF’s increased Ability and Item Haste make him tilt-inducing. He can have two Time Bombs active without the use of Rewind, and by using that Rewind, he can keep his target stunned indefinitely.

If Zilean needs to flee a situation, he can also use Time Warp constantly with Rewind. When he is caught, Zilean can save himself by shifting between Chronoshift and Zhonya’s Hourglass and throwing out Time Bombs in between the cooldowns. 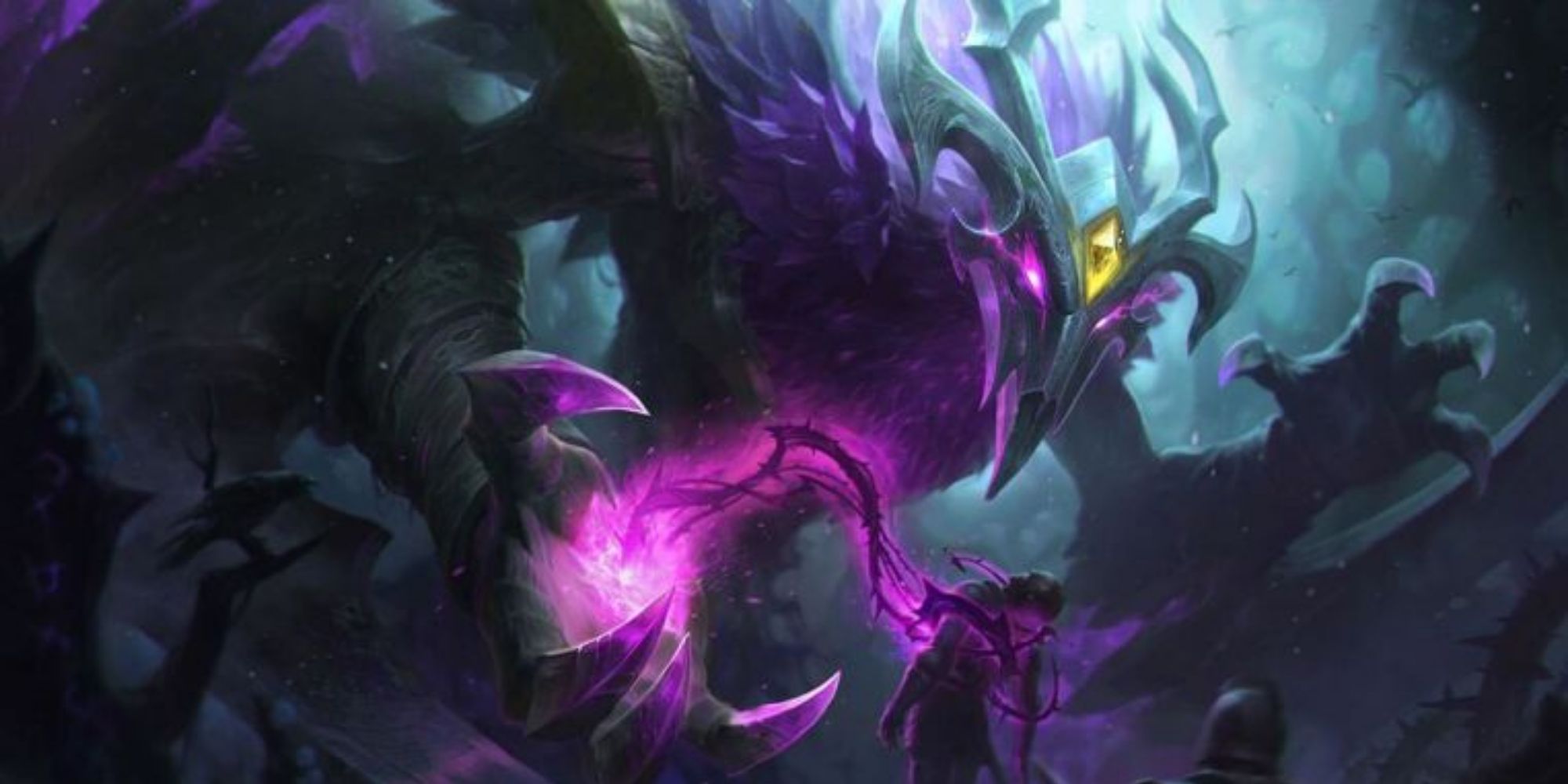 Able to activate his passive more often, Nocturne can sustain himself indefinitely. He can also use Duskbringer every couple of seconds to leave a lane covered in its trail, increasing his movement speed and physical damage. This also makes it easier to lock down enemies with Unspeakable Horror.

Having a Spell Shield in ARURF is extremely beneficial on its own, but when Nocturne’s Shroud of Darkness is destroyed, his attack speed is doubled. Additionally, he can frequently use Paranoia to pick off lone champions or initiate team fights. 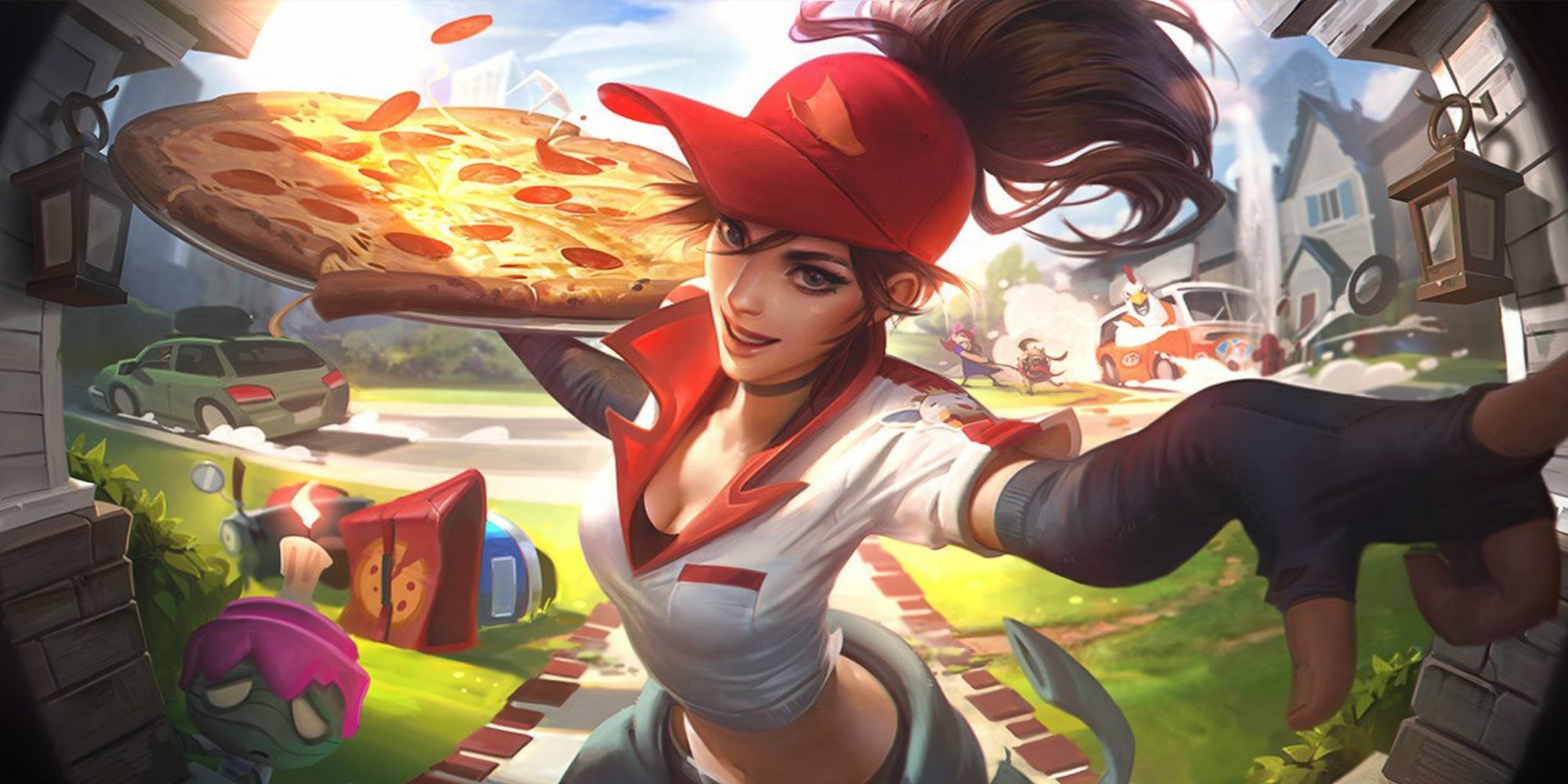 Sivir's Boomerang Blade can be used to quickly clear waves of minions, and to be a constant in-lane nuisance. The moment her blade returns, Sivir can recast it, allowing her to damage enemies from a safe distance.

She is also able to split push effectively, clearing away minions with Boomerang Blade and Ricochet, then using her increased Attack Speed from her ultimate’s passive to take down turrets. If an enemy responds, she can use her Spell Shield and On The Hunt to escape them. 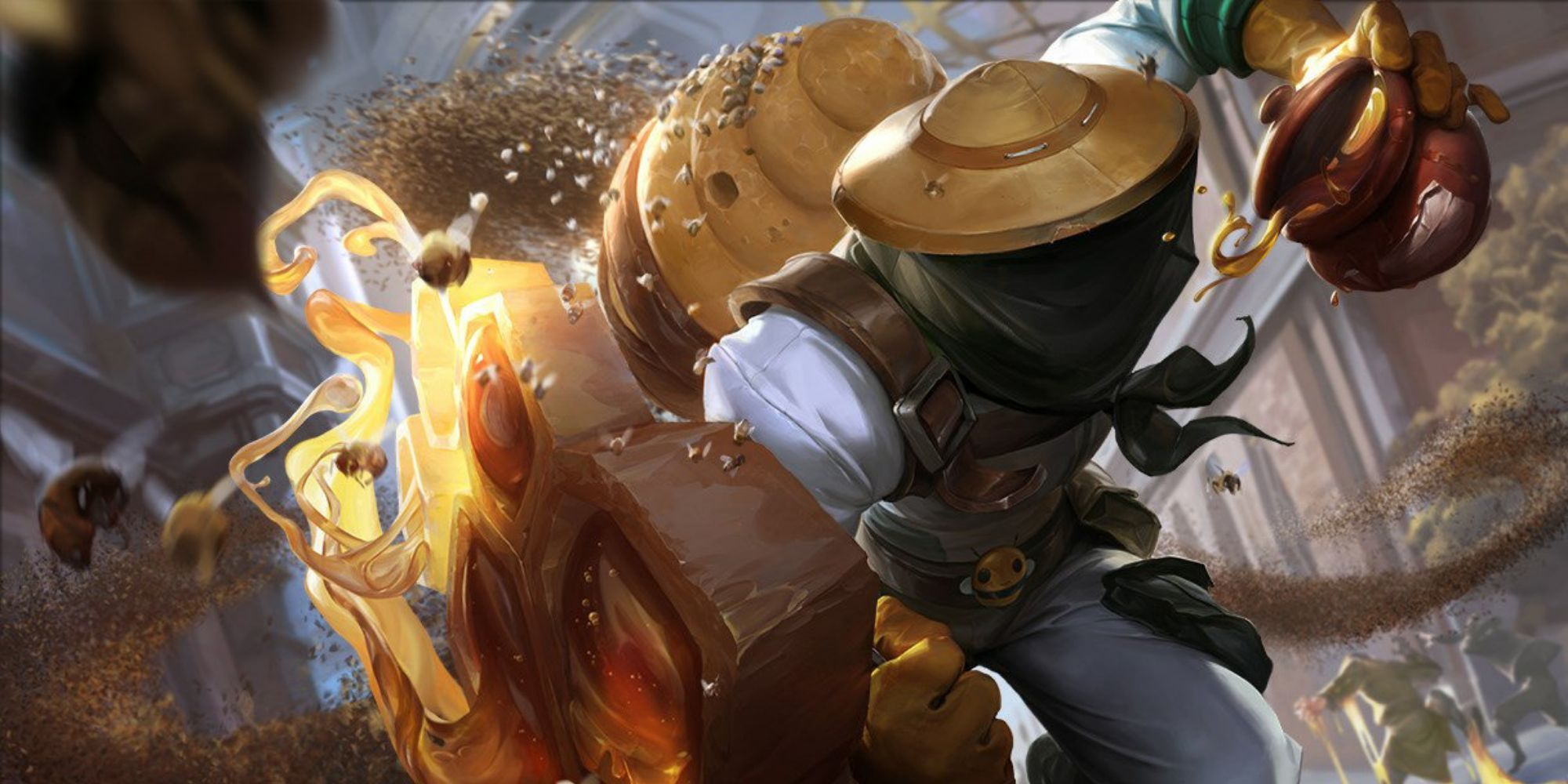 After he levels up Insanity Potion, Singed can reactivate it the moment the effects wear off. Not only does this give him increased resistances, ability power, movement speed, and health regeneration, but it increases his Poison Trail — which will now constantly apply Grievous Wounds. 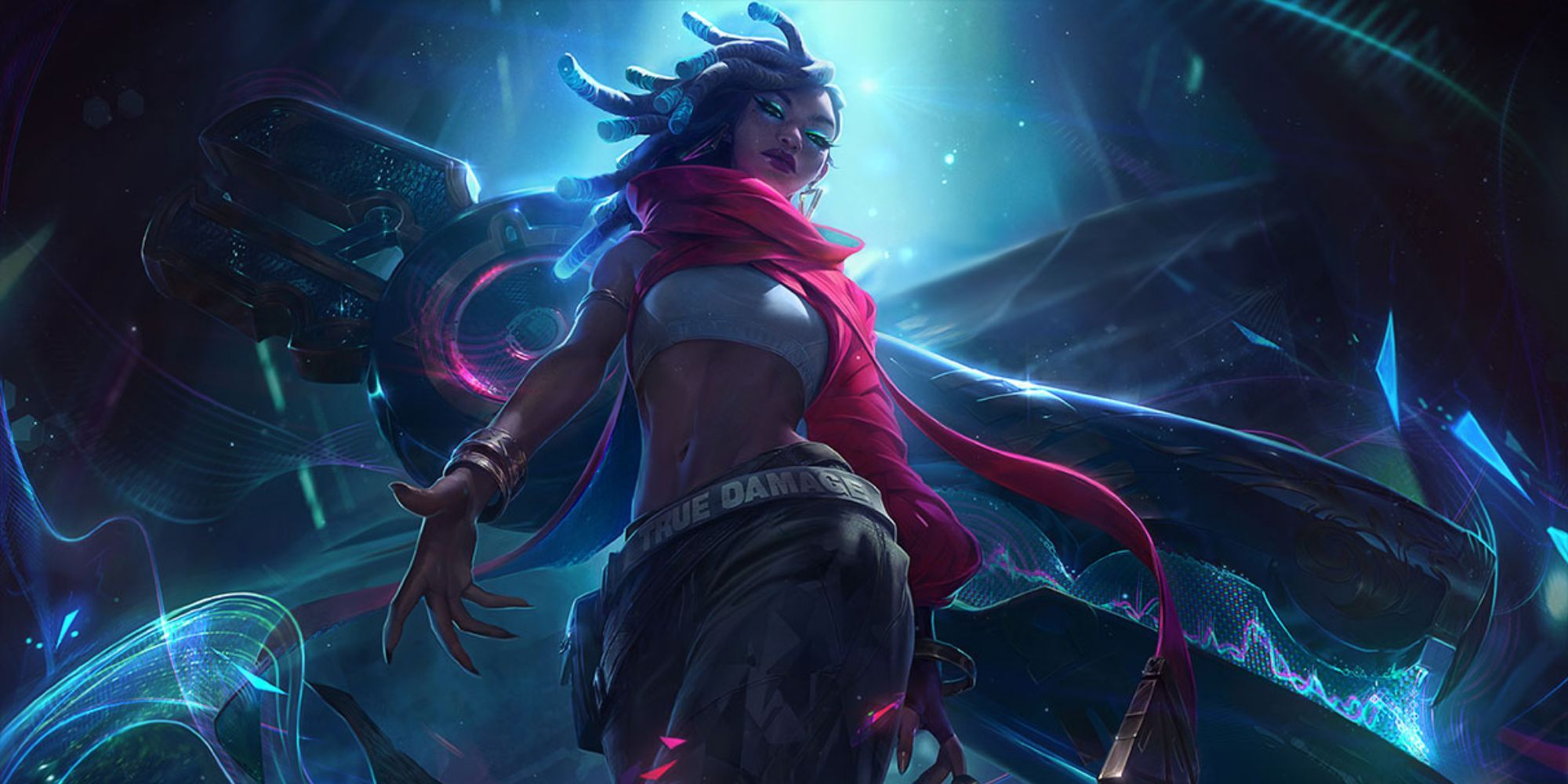 Senna can amass numerous souls in a short period in ARURF. Not only can she use her Piercing Darkness and Last Embrace more frequently, but there are also significantly more deaths. This arms her with a considerable amount of increased Attack Damage, Attack Range, and Critical Strike Chance early in the game. 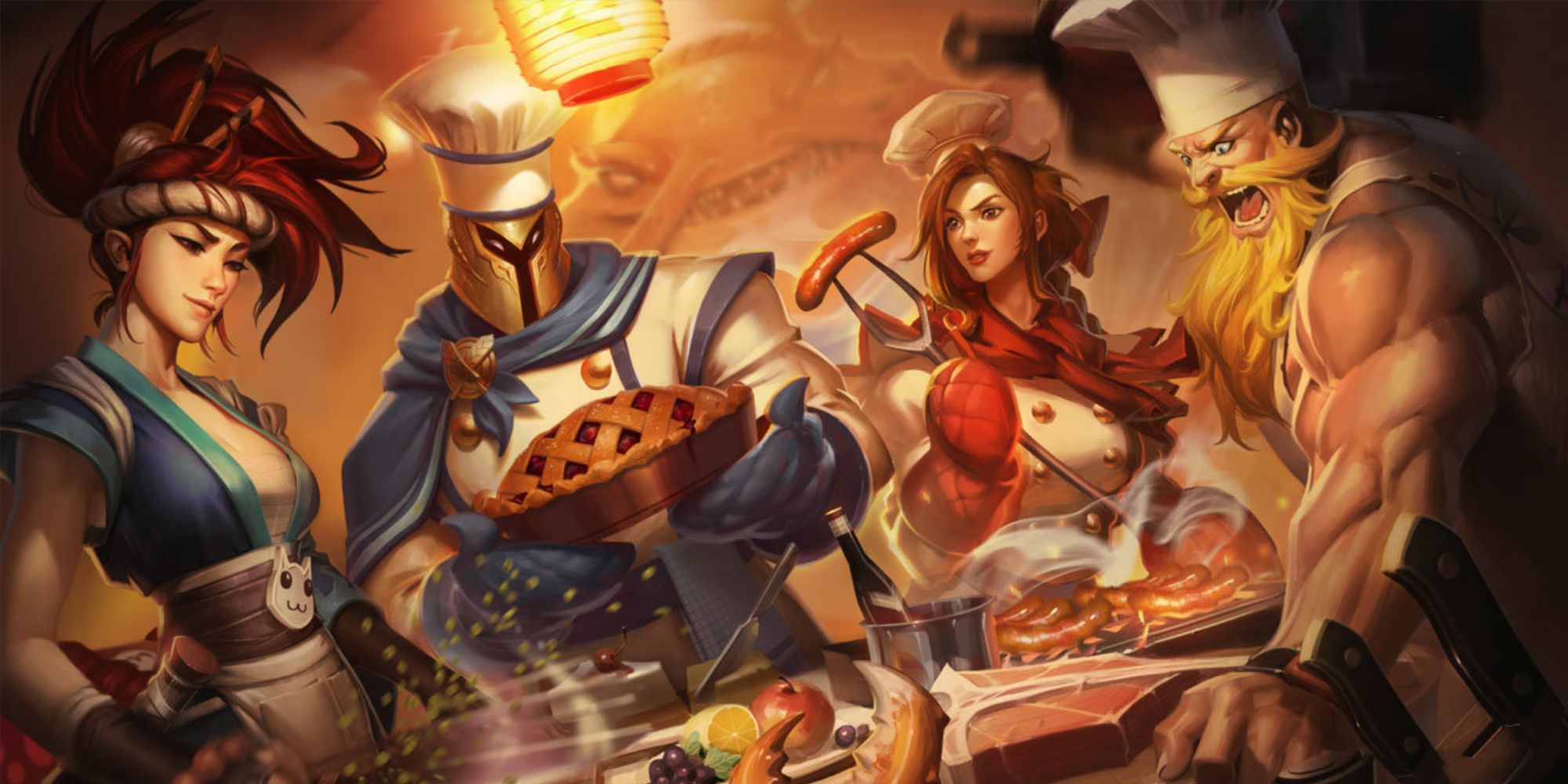 Undertow can be relentless in ARURF, and when it hits an enemy they are slowed and their armor is reduced. Once he closes the gap between an enemy, he can grant himself a shield and bonus attack speed through Tough it Out.

If that didn’t make him hard enough to deal with, he can use Ragnarok almost indefinitely once it's leveled up. In a mode where crowd control can easily be chained, cleansing and gaining immunity from it is invaluable. 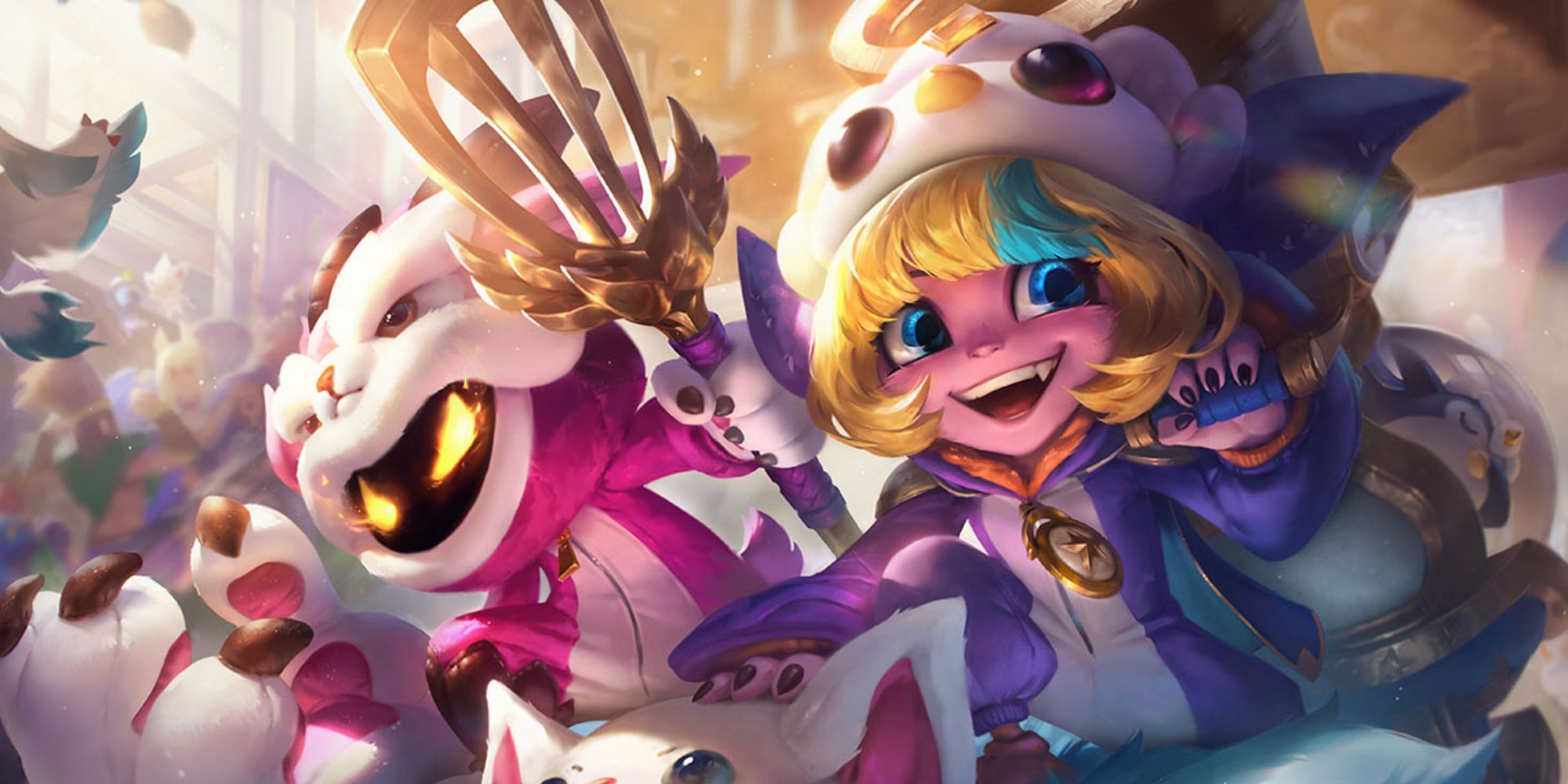 With Baleful Strike’s cooldown being reduced to just a couple of seconds, Veigar is able to clear waves quickly and hit champions more often. This causes him to grow his Phenomenal Evil Power quickly, increasing his burst damage and execute potential through Primordial Burst.

In ARURF, where a full build is typically achieved in less than 20 minutes, Veigar can keep increasing his Ability Power. Additionally, his Event Horizon can be cast much more frequently, allowing him to capture enemies or keep them at arm’s length. 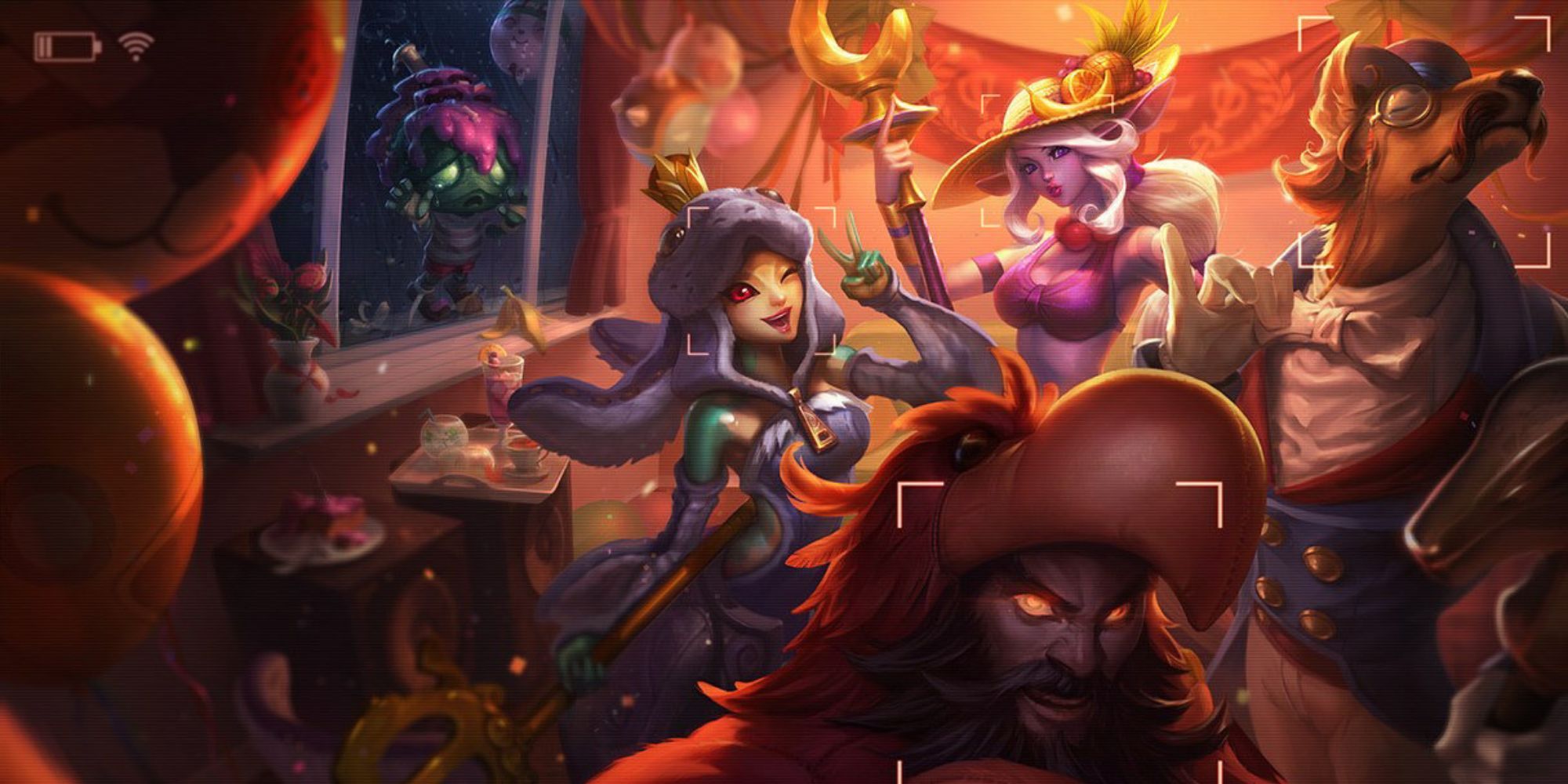 If healing and crowd control weren’t enough, Nami’s passive is also able to boost movement speed. The short cooldown on her Aqua Prison allows her to keep someone with low movement speed, or few escapes, trapped almost indefinitely. Following up an Aqua Prison with her ultimate makes escape almost impossible.

If positioned correctly, Ebb and Flow can be spammed to damage up to two enemies, while healing Nami and a teammate simultaneously. Even with ARURF’s Healing Embargo, constantly casting Ebb and Flow can sufficiently heal herself or her teammate. 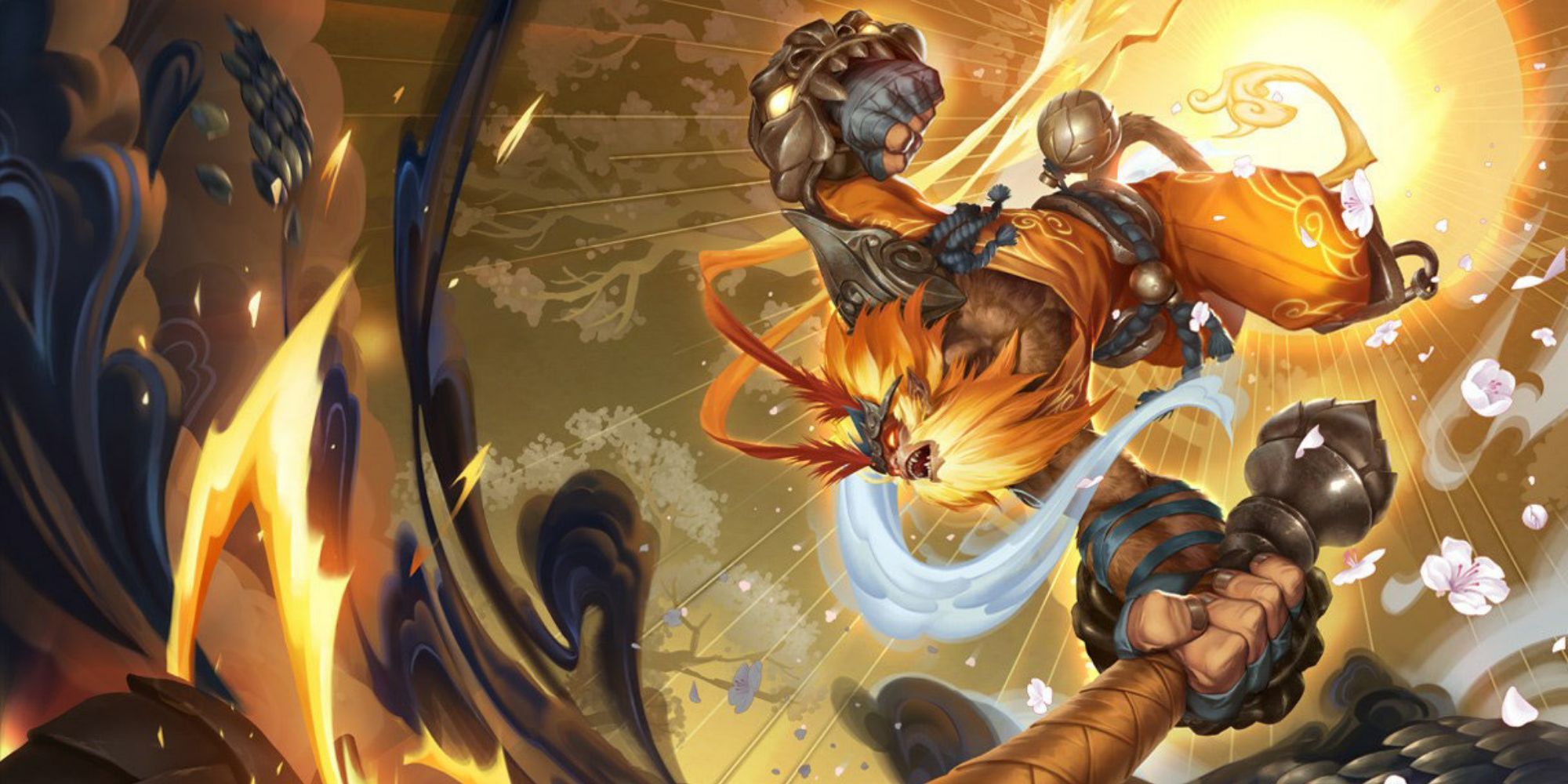 Vastayan trickster Wukong capitalizes on reduced cooldowns in ARURF. He's able to deal massive damage alone, and because his clone mimics his attacks, he deals bonus damage too. Add the fact that he can use it frequently, and he becomes a wrecking ball that also reduces armor with Crushing Blow.

His clone is not only great for damage output, but also escapes and dueling. It can be difficult to figure out which of the Wukongs is the real one, and once you’ve figured it out, he has cloned himself again.