There are nearly 100 cards to kit your deck out with in Floppy Knights, excluding unit cards. That’s a lot of options! But how do you decide what is good, what is useful, and what won’t just be a waste of a turn?

Well, the creativity, strategy and freedom of choice are just some of the things that makes Floppy Knights a great game, especially if you’re a fan of turn-based combat. However, we understand it can be a little overwhelming. So, we’ve compiled a list of the best cards in all of Floppy Knights for you to put in your decks. 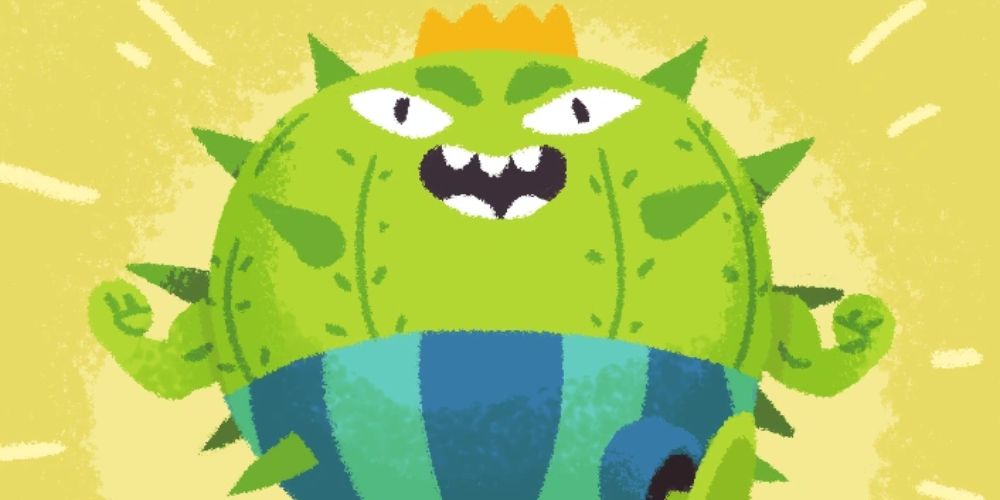 Cactus Juice is the definition of a staple card. It restores three health points to any friendly unit on the battlefield. It is the perfect card to get you out of difficult scrapes or to simply recover during some downtime.

However, in order to use Cactus Juice initially, you need to have a Barrel Cactus unit card in your deck. When they are played, they automatically give you a Cactus Juice. After a certain point, you can craft them separately, but it’s worth keeping in mind. 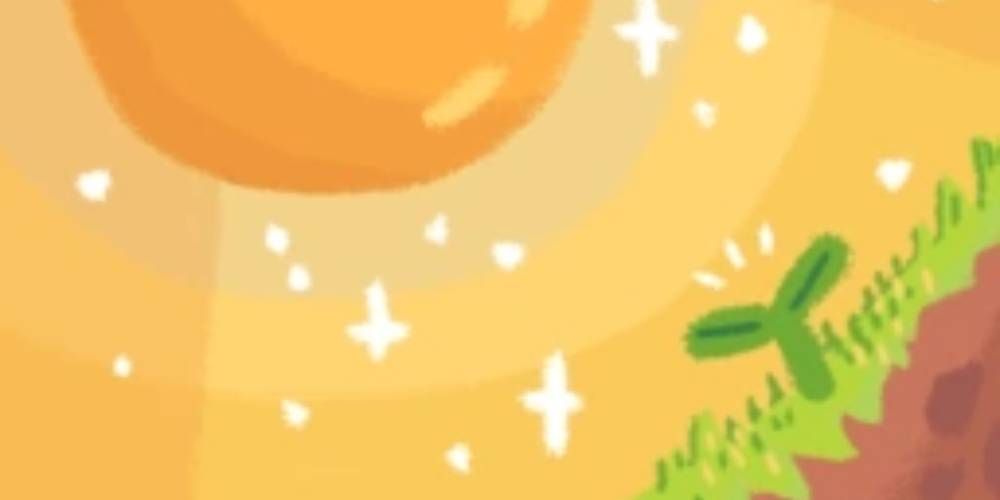 Sunshine is a no-brainer card. What do we mean by that? Well, there’s literally no reason you shouldn’t have Sunshine in your deck. It costs zero energy to use and not only allows you to draw a new card but also grants you an additional energy in your next turn.

If you’re not satisfied with your hand or have a grand plan you want to unleash in your next turn, then playing Sunshine is – you guessed it – a no-brainer. Just slap this card into your deck already and get on with it. 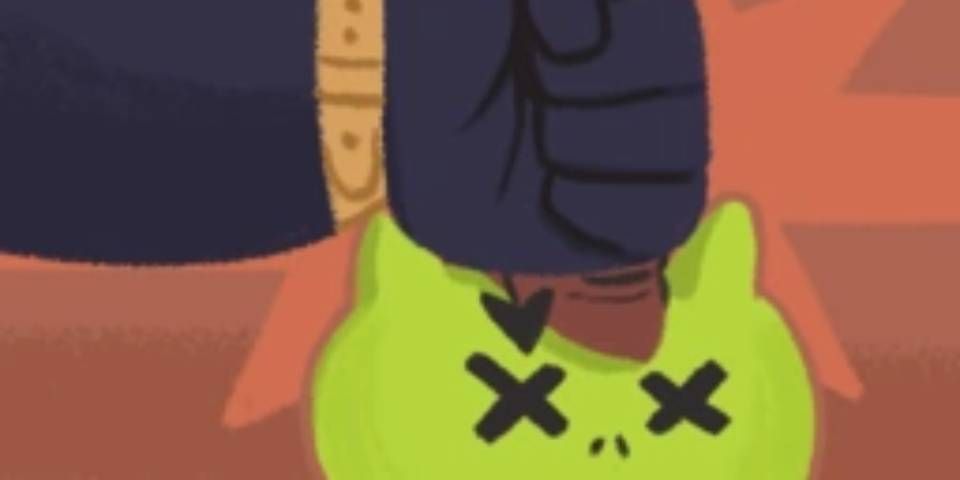 Big Bonk is quite a literal name for this card as it pretty much lets you inflict a rather big bonk on an enemy. Costing just one energy to use – like the basic attack card – this card allows you to attack and grants you +2 damage while you do it.

It is worth noting that Big Bonk is a one-and-done card as it gets destroyed after use. However, if you save it for a particularly difficult enemy, it can turn the tide in your favour within an instant. It’s easily one of the most effective attack cards in the game. 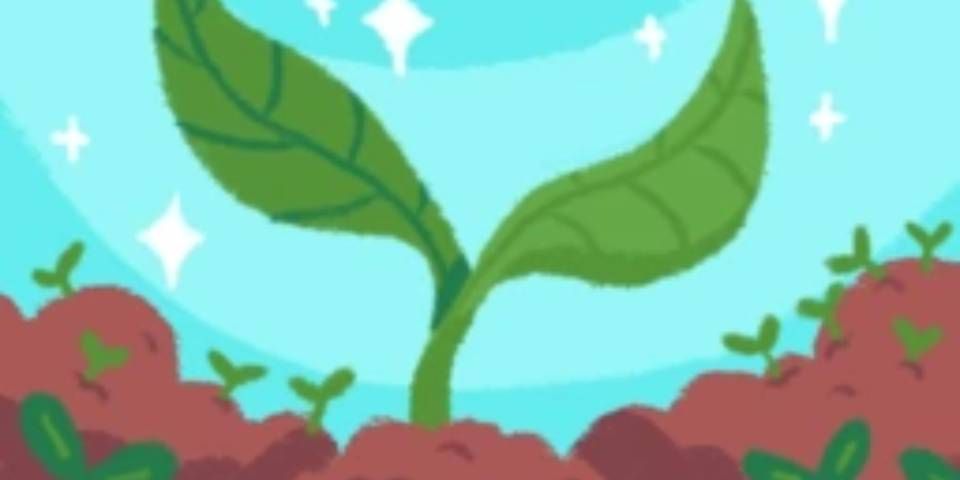 Grow is a fairly simple yet incredibly effective card. You can get it fairly early on in the game, and it costs absolutely nothing to play. Once activated, it allows you to upgrade any of your plant cards in your hand. For example, if you were to upgrade Treefolk Rock, you would change the amount of health it offers from two to three.

Having Grow in your deck can truly transform how an entire game plays out. The fact that such a simple card can greatly alter the outcome of an entire playthrough is what makes Floppy Knights one of the best indie tactics games of all time. It can make cards cost absolutely nothing, allow you to deal more damage than you expected to and move great distances. Essentially, if you don’t have it you’re shooting yourself in the foot. 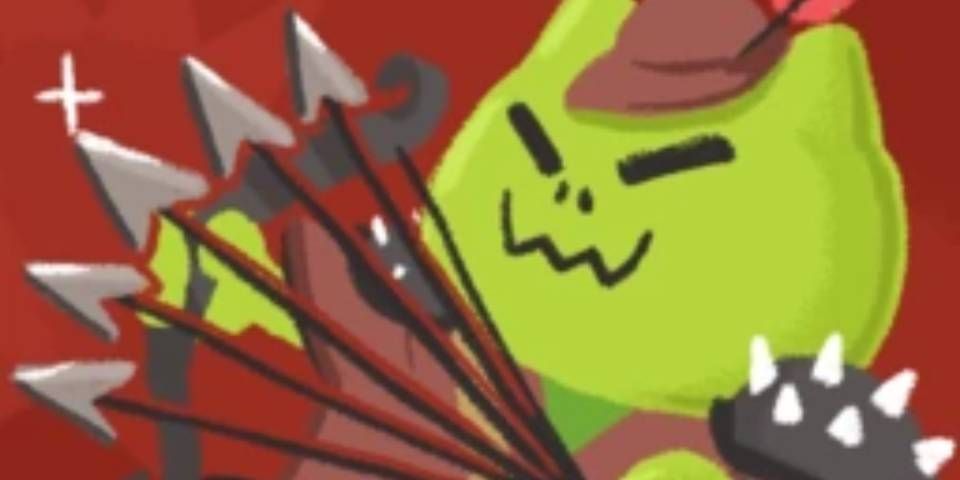 So you’ve got two energy left but three enemies to defeat. You can’t use two attack cards as that won’t finish the job. But you’ve not got anything else in your deck that could let you do that much damage for such a low cost. Or do you?

Volley Fire may cost two energy to use, but it grants you a Strike card for each friendly unit you currently control. Strike cards allow you to conduct an attack without spending a single energy. So essentially, if you have three or four units on the field you can do three or four attacks basically for free. 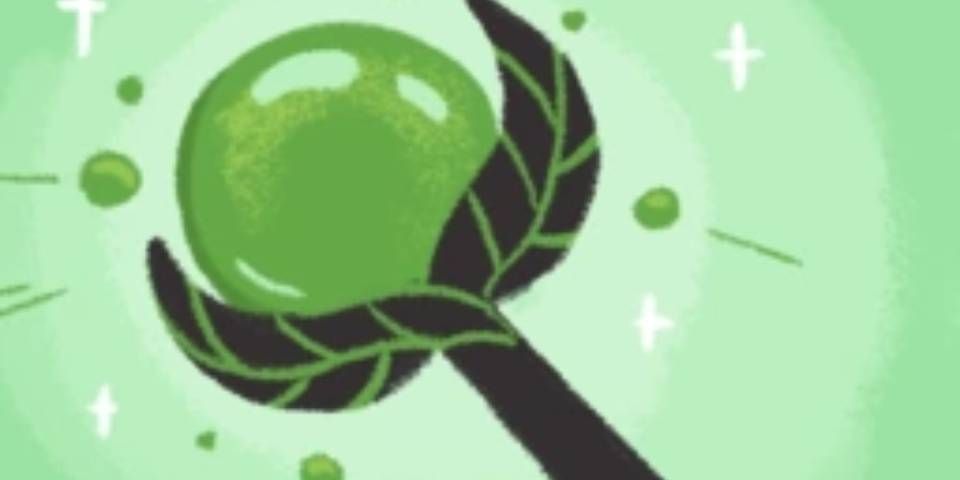 Mend, like Cactus Juice, feels like a necessary component of every deck. There is no way to heal units outside of cards, but filling your deck with Cactus Juices may lead to bloat. Fortunately, Mend offers itself as the perfect solution.

Mend heals all of your units by two health points. This is a huge boost as it means that regardless of which of your units is in trouble, they’re all covered. While two isn’t a huge amount, in the long run, the majority of enemy units – especially in the beginning – only deal two or maybe three damage at a time. 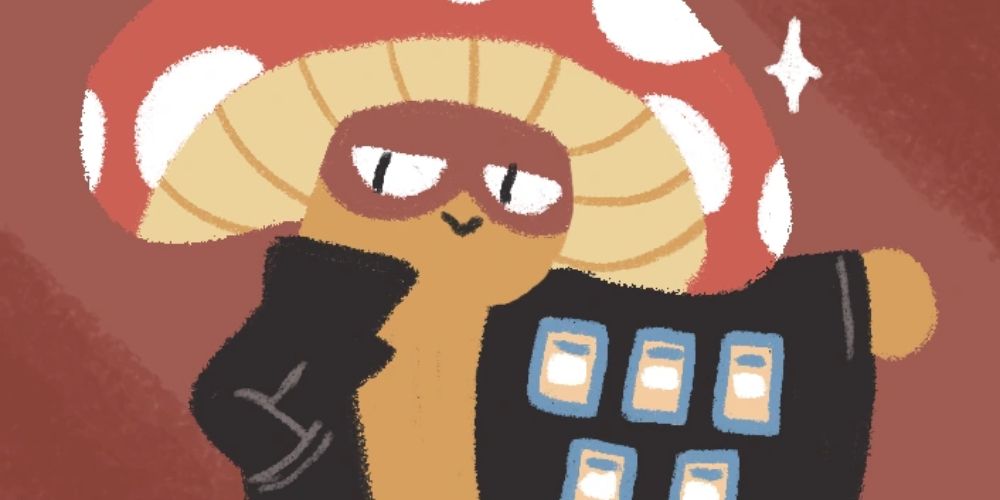 Have you ever drawn a hand of cards and thought to yourself “what am I supposed to do with these?”. Well, fortunately, Bootleg is here to fix your problems as this handy little card allows you to toss away your hand and draw a fresh new one.

Bootleg is an especially useful card if you have a hand of cards that cost little to no energy as you can use it at any point. Even if you only have one card left, you can throw Bootleg down and get five fresh ones. It’s fantastic if you want to keep your turn going and have a lot of energy to spare. 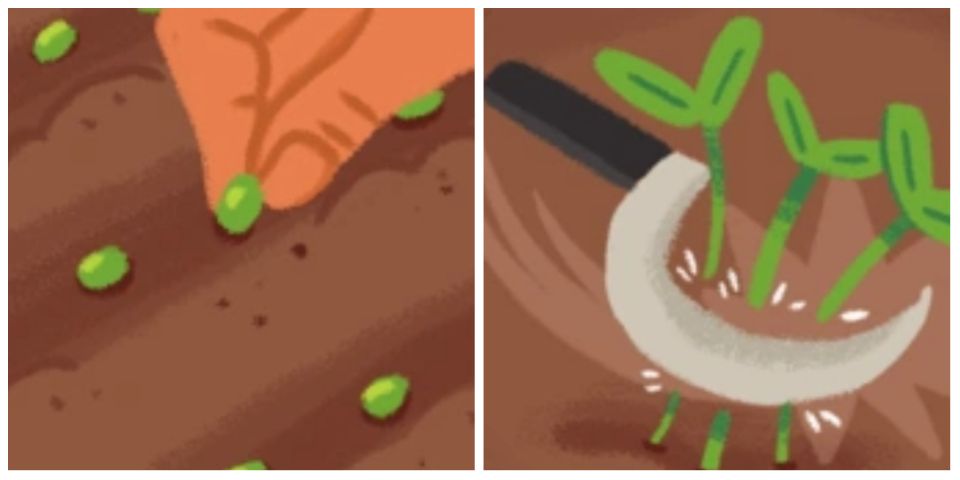 Sow/Reap is easily the best combination card in the game. Essentially, when played, the card switches sides allowing you to activate an entirely different effect. In this case, Sow allows you to move and Reap allows you to attack.

As you can use a combination card multiple times in a turn you could ostensibly just use this singular card to move from enemy to enemy and kill each one. It’s an amazing card that shows the versatility in what has to be one of the very best 2D turn-based games. 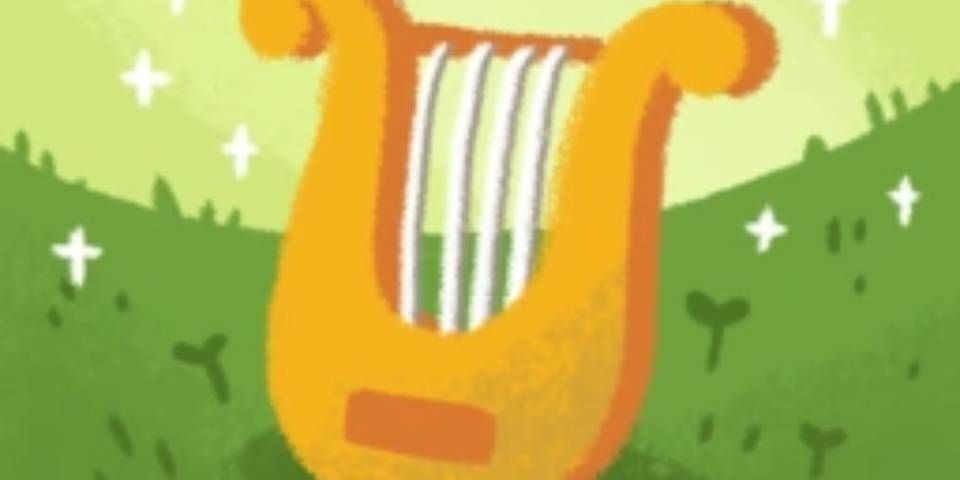 Treefolk Rock, as mentioned earlier, allows you to add an additional two health points to any unit. If you are using Cactus Knight, for example, you can change their health from five to seven. If you’ve played Floppy Knights for even a second, you’ll understand how helpful that is. 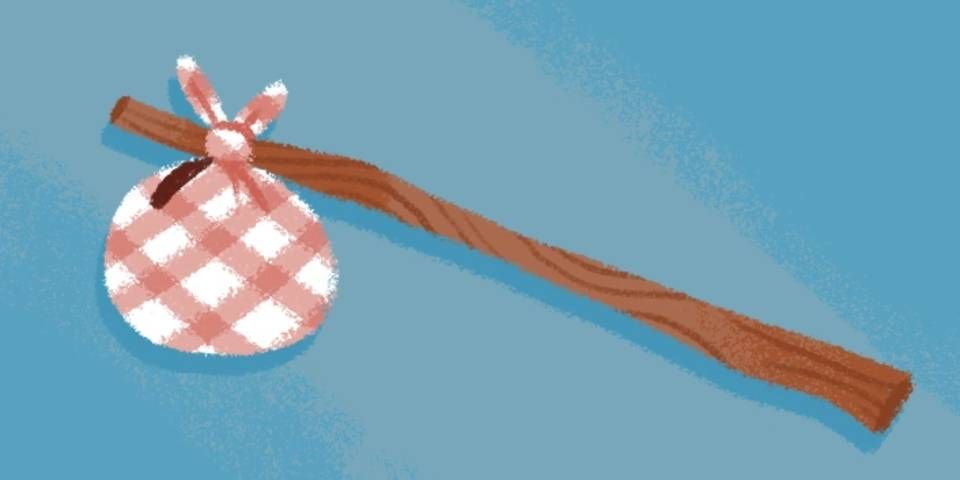 Drifter is a card that you get quite late into Floppy Knights, but it's understandable why. Drifter is a really overpowered card. It, like Sow/Reap has multiple forms, with the first costing you absolutely nothing to move. The second version which “evolves” into is Roamer which allows you to move and draw a card for one energy. That then changes into Wanderer which allows you to move and draw two cards for two energy. Finally, you get Explorer which lets you move and draw three cards for just two energy. It then reverts into Drifter.

This essentially allows you to move a great distance and draw a lot of cards in the process for a very, very low cost. While it may take a while to acquire it, once you do, it should absolutely be put into your deck.