Thanks in part to a Russian disinformation campaign designed to agitate people against 5G technology, questions regarding the safety of cellular emissions popped up right as carriers began to install new 5G equipment — but scientists generally downplayed them as based on widely discredited research. Today, the International Commission on Non‐Ionizing Radiation Protection (ICNIRP) addressed the subject directly with the release of updated guidelines for wireless devices, and the bottom line is simple: 5G devices are already safe, and thanks to deeper engagement between the scientific and lay communities, end users should feel even more comfortable with the transparency of both the research and updated standards.

Scientists have long operated under the assumption that radio waves, a non-ionizing form of radiation, were not harmful to biological material, but allowed for the possibility that subsequent research might demonstrate otherwise. Now, the commission says, there’s “a substantial body of literature that has confirmed that [radio frequency/electromagnetic field] exposure within the ICNIRP (1998) restrictions does not cause adverse health effects.” The prior exposure restrictions were “were even more conservative than was originally thought,” which may relieve some people who thought their radios, televisions, microwaves, Wi-Fi routers, or cellular phones might be dangerous. 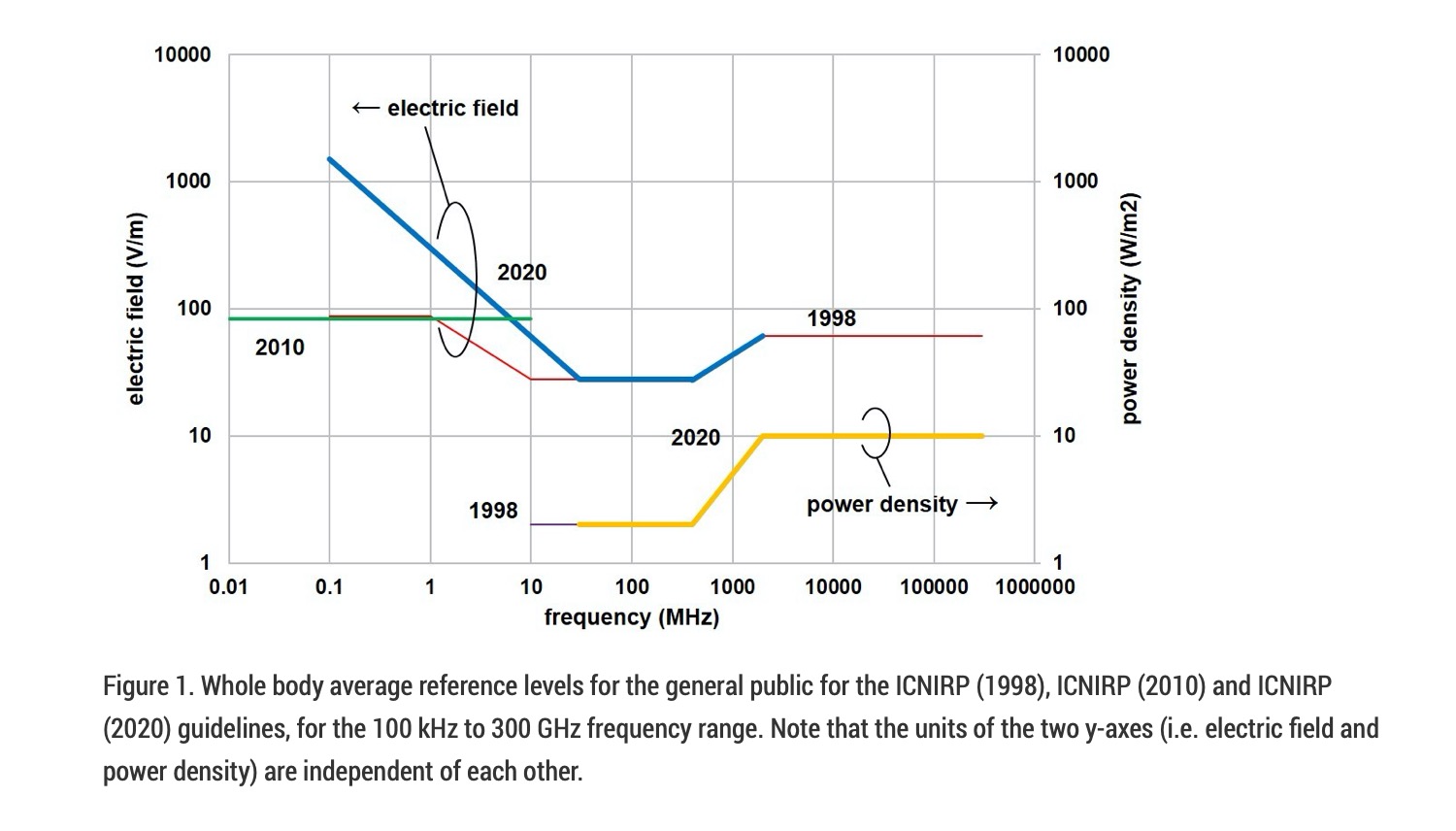 While the 2020 guidelines address a wide range of wireless spectrum — 100kHz to 300GHz — one key focus is on clarifying safe exposure levels to frequencies above 6GHz, including reductions in the peak levels of millimeter wave transmissions, while another addresses brief (below six-minute) whole-body exposures, going beyond the prior guidelines’ focus on limiting exposure to the head. The ICNIRP suggests that it’s being proactive with the latter change, as it’s unaware of any prior guideline-compliant exposure that negatively impacted users’ health, but says the “new restriction will ensure that new or future technological uses will also not adversely affect health.”

The specifics of the guidelines are highly technical, but if you have an interest in diving into them in detail, they’re available here. ICNIRP tables separately consider both the general public’s and occupational exposure to blocks of frequencies ranging from 100kHz to 400 MHz, above 400MHz to 2GHz, above 2GHz to 6GHz, above 6 GHz to under 300GHz, and 300GHz, as well as the duration of exposure, the location and average area/scope of exposure, and the power of the emissions, amongst other factors. To comply with the guidelines, device makers generally manufacture radio-emitting devices to perform within all the stated limitations, then have independent labs certify those emissions in regulatory tests.

ICNIRP chairman Dr. Eric van Rongen notes that while the 1998 guidelines were generally conservative, and would “still provide adequate production for current technologies,” the new guidelines improve the restrictions for 6GHz and higher frequencies. “The most important thing for people to remember,” van Rongen says,” is that 5G technologies will not be able to cause harm when these new guidelines are adhered to.”