After months of waiting, the Fortnite community can finally play Chapter 2 – Season 3. Like the rumors stated, a ton of changes are now live in-game, and many revolve around water. The map is now partly submerged, there are new A.I. creatures, and the season’s Battle Pass has an aquatic theme.

There are, of course, other features of Fortnite Season 3 that don’t follow this trend. From new weapons to different locations, there’s a solid mix so that players don’t feel overwhelmed by the new theme. While the changes seem decent on paper, what’s the initial reaction from fans?

How is the Season 3 Battle Pass?

One of the most attractive features of any Fortnite season is the Battle Pass. With Chapter 2 – Season 2, players were largely underwhelmed by the initial Battle Pass. Epic Games did manage to improve the cosmetics with later additions, but at first, fans were not pleased.

That seems to have been reversed with Season 3, as players are loving the theme and different items. The skins are inventive, and there aren’t a huge number of fill items, which is a change from Season 2. You can view what the Battle Pass has to offer in the official trailer. 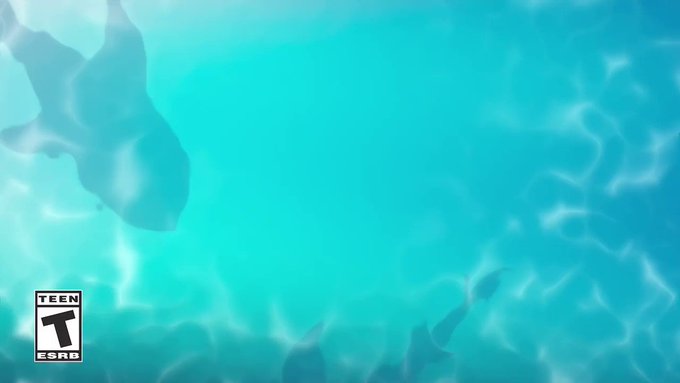 Obviously, the big attraction is Jason Momoa reprising his role as Aquaman in Fortnite. However, we also see other skins that steal the show, providing fans with tons of options. Also, the ability to craft your own Umbrella is a neat addition by Epic Games.

As with every new season, Epic Games has implemented a flurry of map and gameplay changes. As previously mentioned, the Fortnite island is now partly submerged in water, making traversal a bit of a challenge. Of course, to complement this, you’ll find boats, new swimming animations, and rideable sharks.

The sharks could be a good or bad thing depending on your situation. On one hand, you can use them to ride across the water by hooking a fishing rod to their back. On the other hand, if you’re not careful, the sharks can jump out of the water and attack you.

In addition to the NPC sharks, there are also the Marauders. These A.I. can drop down to the map at any time with the sole goal of eliminating you. While they’re not too difficult to deal with, you’ll still need to be on your toes. If you do manage to defeat them, though, you’ll earn some valuable loot.

Lastly, the Fortnite map looks very different compared to past seasons. Water covers around 30-35% of the map, and you’ll find new locations to go along with this. Rickety Rig, The Fortilla, and Catty Corner are all new. Catty Corner and Rickety Rig are fairly standard POIs, but The Fortilla is a huge metal fortress with some great loot.

The above changes have been welcomed by fans so far, with the exception of the shark attacks. However, we are in the “Honeymoon Phase” of Season 3, so we’ll have to wait a few more weeks to see the community’s true feelings about Fortnite Chapter 2 – Season 3.

What’s your favorite part of the new season? Let us know, and keep up with Daily Esports for all Fortnite news.