A slow death was certainly not their reward. 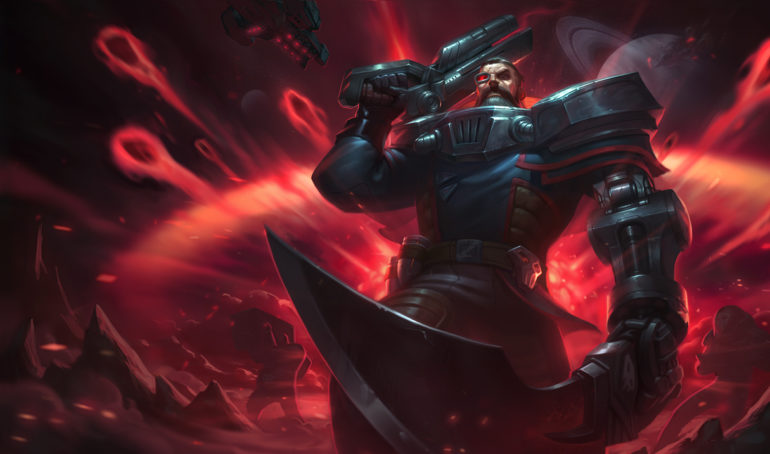 Gangplank is definitely the most badass space pirate in the galaxy.

A Teamfight Tactics player used a three-star Gangplank to annihilate an entire enemy team earlier today, selling all their units and leaving it all up to the Saltwater Scourge.

As expected when one unit takes on eight units alone, things looked grim at the start of the round. With heavy crowd control pouring on the Gangplank, the pirate was unable to land even one attack in the first few seconds.

Luckily, the player equipped GP with a Frozen Heart, slowing the attack speed of adjacent enemies tremendously. This helped buy enough time for the space pirate to launch his Orbital Strike, even after being whittled down to less than 20 percent health. Gangplank’s ultimate was able to absolutely decimate the opposing team, one-shotting every enemy unit and granting the player a well-deserved victory.

A three-star Gangplank deals over 9,000 damage with his ultimate ability, emphasizing Riot’s goal to reward players for investing in a legendary unit. Ekko can similarly destroy an enemy team single-handedly if made into a three-star unit. Considering how difficult it is to get nine five-cost units, TFT devs want those three-stars to be destructive.

Related posts:
Best News
OGA Dota PIT returns with a fourth season for China region
PS5: my first impressions – Reader’s Feature
Is Fall Guys Dying?
How To Use Snorlax From Pokemon As A D&D Monster
Flashpoint 2 CS:GO tournament features $1 million prize pool
Recent Posts
This website uses cookies to improve your user experience and to provide you with advertisements that are relevant to your interests. By continuing to browse the site you are agreeing to our use of cookies.Ok