The new token, called $SNG Token, will provide Singularity fans with a variety of perks. This includes unique content, SNG Academy benefits, and the opportunity to train with Team Singularity players. 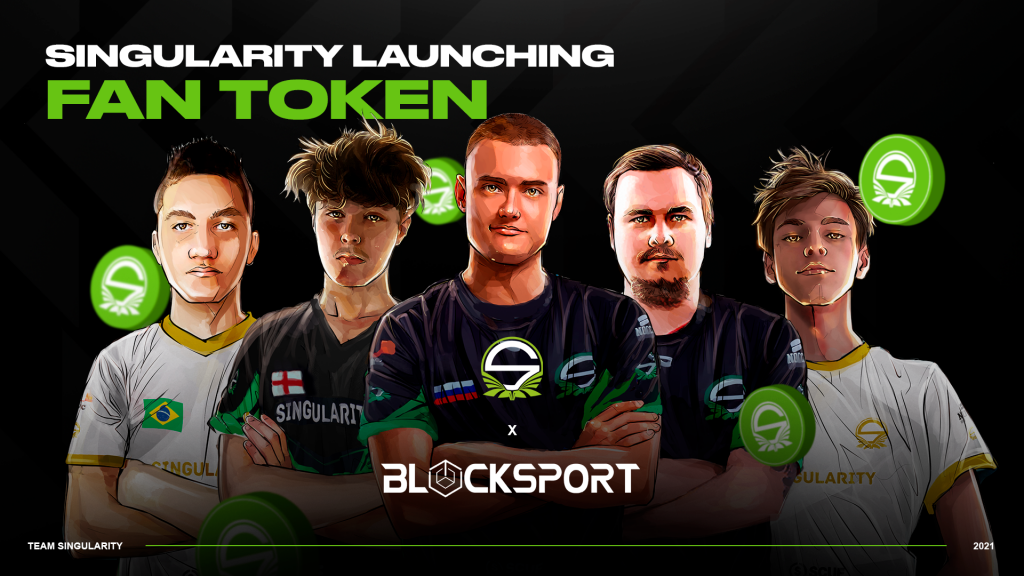 According to the release, token owners will also be offered ‘unique opportunities’ to influence team-related decisions. The tokens will be priced at €1 and are set to launch in December 2021. In total, 3m tokens will be supplied.

Team Singularity has partnered with Blocksport on a number of projects already. In September, the two parties launched an NFT series. The organisation has also launched a custom-made team smartphone application with the sportstech company.

Vladimir Liulka, CEO and Co-Founder of Blocksport, commented: “We are happy to extend our exclusive partnership with Team Singularity and launch $SNG Fan Token for their fans.
Singularity has a global and awesome fan community.

“The Token opens up a new world – an environment in which they have the chance to be very close to their favourite players and team”.

Team Singularity has cited that those who hold tokens are lifted to a decision-making position, with the organisation even claiming that holders are to be treated similarly to the Board of Directors.

Esports Insider says: While there are doubts regarding the influence fans actually have when it comes to big decisions, it’s welcome to see a team embracing blockchain as much as Team Singularity. This could be a huge fan engagement opportunity for the organisation and its community, however, it’s important to always be careful when jumping on a trend.