Stewart was elected and approved to join the Toronto-based operator’s board of directors at the company’s most recent shareholder meeting. 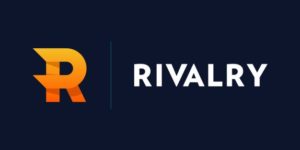 Prior to joining Rivalry, Stewart led programming at top cable channels such as Hallmark, HGTV, The Food Network and National Geographic before becoming the head of Canada’s national broadcaster, the CBC. Her next role was at social networking giant Twitter, where she led teams across the U.S. driving partnerships in news, entertainment, and sports.

Rivalry Co-founder and CEO Steven Salz commented on Stewart’s appointment in a release: “Kirstine’s background reads like the DNA of Rivalry. She has extensive experience in media, specifically at Twitter, which innovated what content and brands look like on the internet. Then going to the WEF as Head of the Future of Media is a calibre of global experience that aligns with our ambitious expansion plans at Rivalry.

“I’m confident this significant knowledge and category understanding will enable us to further execute on our vision to provide the safest and most engaging sports betting and sports media experience in the world for the next generation of fans.”

As of October 5th, Rivalry has become a publicly traded company on the TSX Venture Exchange. The company is trading under the ticker symbol ‘RVLY’. In April, it was announced that Stephen Rigby, the former Ontario Lottery and Gaming Corporation President and CEO, would also join Rivalry’s board

Rivalry’s newly-appointed Director, Kristine Stewart, added: “I couldn’t be more excited to be joining the Board of such an innovative team in the sports betting industry. Rivalry’s media and betting strategy is creating something unique for the next generation of sports bettors, and I am excited to see us continue to grow and evolve alongside this fast-paced industry. I can’t wait to get to work collaborating with such a dynamic, well-informed and motivated team.”

Esports Insider says: Knowing Rivalry and its considerable investment in the media and entertainment side of the business, Kristine Stewart would appear to be an exemplary addition to this already robust team. The Canadian operator has been on a fast track to success the last 12 months, raising a total of $44m in disclosed investments and successfully going public through a direct listing on the TSX. Rivalry is certainly one of the fastest-growing brands in the esports betting sector.