Summoners are in for some big surprises this year in League of Legends. Riot Games revealed some exciting new information about what they have in store for the game, including a brand new champion. Viego, The Ruined King, is set to be the next jungler champion to hit the Rift. His ghastly look is only one of his intimidating characteristics as his unique abilities allow him to possess any one of his enemies.

Riot has not set a release date for Viego just yet, but Summoners can look forward to seeing him on PBE later this month.

The death-dominating abilities of Viego, the Ruined King

Passive – Sovereign’s Domination: Viego temporarily possesses enemy champions he helps kill, and heals for a portion of their max health. His items, attacks, and non-ultimate abilities become those of his slain enemy’s, and he gains a free cast of his own ultimate, Heartbreaker.

Q – Blade of the Ruined King

Passive: Viego’s attacks deal a percent of the target’s current health as bonus damage. When Viego attacks an enemy he recently hit with an ability, the attack strikes twice.

The second strike siphons health from his target, applying on-hit effects and can critically strike.

Viego charges up and then dashes forward, hurling a blast of mist that stuns and damages the first enemy hit.

Viego spreads a wave of Black Mist around a nearby wall. While in the mist, Viego becomes Camouflaged and gains Attack Speed and Movement Speed.

Viego discards any bodies he is currently possessing and teleports forward, attacking the enemy champion in range with the lowest percent health and dealing bonus damage based on their missing health. Other enemies in range are knocked away. 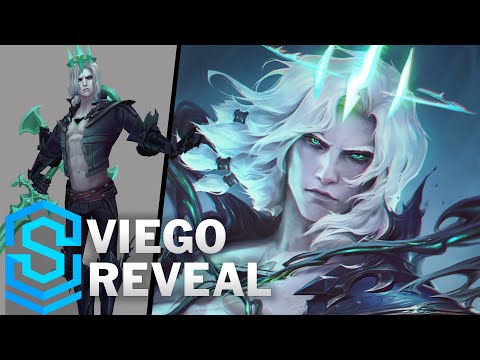 So far, it seems like Viego is a mix of Kayn and Sylas with a twist. Additionally, his abilities seem fair and balanced, unlike Riot’s previous releases. With very little crowd control, his movement speed and Ultimate reset may be the only things to worry about.

While there are very few details available from Riot, it seems that LoL fans are already discussing some initial impressions. Some Reddit users have stated their dissatisfaction with his visual appearance, while others are glad he isn’t as terrifying as bigger champions such as Mordekaiser. Either way,  Riot may release an accompanying skin for him, similar to the champions released in 2020.

Stick with Daily Esports for more League of Legends news and updates.

Related posts:
Best News
February Stadia Pro Games Announced, Includes Enter The Gungeon
Turn Your Apple TV Into A Nintendo Famicom With This Silicone Case
cheap medrol uk without prescription
where to buy generic proscar supreme suppliers without prescription
Valorant addresses anti-cheat in winter update – Daily Esports
Recent Posts
This website uses cookies to improve your user experience and to provide you with advertisements that are relevant to your interests. By continuing to browse the site you are agreeing to our use of cookies.Ok