As a result of the extension, Bayes Esports will continue as the publisher’s exclusive data distribution partner for ‘virtually all’ League of Legends competitions. This includes live in-game data, fixture data and audiovisual rights for the betting industry. 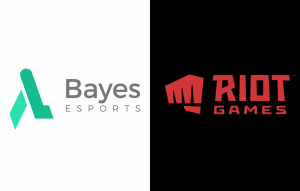 Riot Games first teamed up with Bayes Esports in 2019. According to the release, the partnership has so far seen both entities invest in solutions that ‘fit the needs of the teams and players’. Throughout the collaboration, Bayes has helped develop Riot Games’ Team Data Portal and expand its data services to additional regional leagues.

John Knauss, Technical Product Manager at Riot Games, commented: “The forefront of our partnership was initially focused on the distribution and commercialisation of data to third parties.

“But through great conversations with Bayes Esports, the community and the teams, we have learned that together we can achieve so much more to support the continuous growth and success of LoL Esports.”

The extension, which has reportedly been activated early, looks to ensure that League of Legends data continues to be reliably available to the industry. In the release, Bayes Esports COO, Amir Mirzaee, highlights that offering official game data looks to bring structure to a variety of esports content “be it betting, news, analytics or any other form”.

Mirzaee continued: “Official data is one of the most important components to the future success of the esports industry. It is the key to improved integrity and player protection. Why? Because esports is a digitally native sport. If esports had an autobiography, it should be titled ‘A Different Beast’.

“From advertisers to operators, traditional market participants are having a hard time with esports because they are trying to handle it like traditional sports. But esports is a lot more complex and fragmented than any other sport.”

Alongside Riot Games, the esports data company has secured partnerships with tournament organisers Beyond The Summit and ESL.

Esports Insider says: This is a long term extension between both entities, which undoubtedly highlights the success of the partnership so far. It’ll be interesting to see if more data solutions will be integrated into League of Legends events and the effect that it will have on engagement, viewer experience, and betting opportunities.