Popular content creator Imane “Pokimane” Anys has released an apology video after returning from some time off. The video features a list of concerns that she addresses involving controversial situations. She also touched upon her physical appearance, relationships, and work/life balance.

“I know this video is long overdue… I honestly should not have taken any time off prior to acknowledging or addressing or apologizing for these things.” Pokimane began the video with the intent of being honest and genuine to her viewers. The first incident she mentions was between her and Keemstar that started back in 2018. The video, created by Youtuber Bowblax, featured a string of tweets between her and Keemstar. As a response, she had YouTube remove the video.

After the incident occurred, it made its way through social media. In order to rectify tensions between them, Pokimane privately apologized to Bowblax. Later on, the incident resurfaced online, creating even more drama for Pokimane. She used this video as an opportunity to publically apologize to Bowblax. “I’m sorry for taking down that video, and since then I have not taken down any videos like that.” 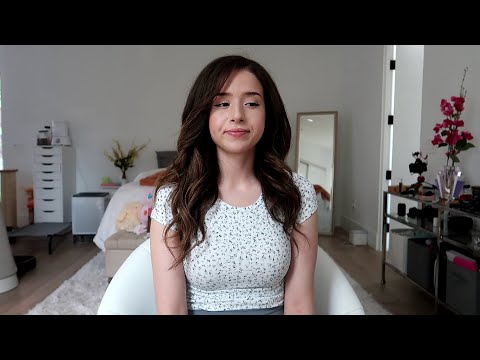 Mishandling criticism and censoring the internet

Another incident she brought up involved a YouTuber who re-uploaded her content. She stated that this person added “really inappropriate, sexual, gross, or just misleading titles.” As a result, she spoke about taking those videos down. Unfortunately, this situation led to her having an online reputation for censoring creators who use her content. “This is something I’ve never done. If someone puts in the time and effort it takes to create a video where they’re talking about me… that is very clearly transformative content, and I would never take down content like that.”

In the second incident listed, she addresses the situation between her and YouTuber ItsAGundam. “I made some remarks I shouldn’t have, and that I’m very sorry for.” She stated that the part of the video she watched included him talking down on her fans. Additionally, in the clip, he’s seen making fun of a photo that features Pokimane and a fan. “I’ve been mocked countless times for my appearance,” she adds, “It just felt so unfair to see that happen to an innocent fan… I got really got up in that feeling and I was so bothered.” She later admits that she reacted poorly when she publically questioned ItsAGundam’s sponsors.

Pokimane also apologized for the inappropriate language used in the past, more specifically her use of the n-word. Throughout the years, a clip of Pokimane using the n-word has circulated the internet. She apologized for the use of that word and assured of no ill-intention behind it. “I’ve commented on this in the past, but honestly, my statements and comments then weren’t even good enough.” She continues, “I really wish I could go back in time or change the past. Unfortunately, I can’t.”