An update to the Wild Area in Pokémon Sword and Shield is adding Mewtwo and several other Pokémon to Max Raid Battles for a limited time in celebration of Pokémon Day.

The following Pokémon can be found in raids once players get the Wild Area news:

To get the Wild Area news, players must open the menu with X, navigate to the Mystery Gift option, and then click “Get the Wild Area News”. Once this is done, these raids may appear.

Mewtwo is a slightly different raid battle than others. It will be set to level 100, whereas most 5-Star raid Pokémon are around level 60. This will make him the most difficult raid battle in the game.

Mewtwo will also grant bonus rewards, but you cannot catch it. Players who beat him will gain large amounts of Experience Candy and other rare items like Ability Capsules.

Flame Orbs, Toxic Orbs and Life Orbs can be found as rewards for beating raids with the Kanto starters!https://www.serebii.net/swordshield/maxraidbattles/eventden-pokemonday2020.shtml …

This is a great opportunity for players to get the Flame Orb, which is a great competitive item for certain Pokémon like Conkeldurr. Previously, one could only receive this item as a random drop from beating the tournament. This made it one of the most difficult items to obtain.

The Pokémon Company also revealed a new Mythical Pokémon today: Zarude. Zarude is a Grass/Dark-type Pokémon that resembles an angry monkey. There is no release date set for it yet. 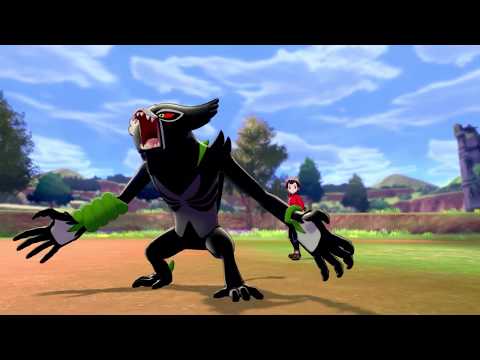 As for the raids, they will only remain available until Sunday, Mar. 1, at 3:59 p.m. PT. Make sure to challenge Mewtwo or get your items before they are gone forever!