Overwatch: What is the 3-2-1 Composition?

We take a deep look at the 3-2-1 composition, and what it means to competitive Overwatch.

Over the last few days, Overwatch developers spoke about adding an experimental card to try out a team composition of 3 DPS, 2 supports, and 1 tank. Since then, rumors have been spreading about its impact on live Overwatch and the current League season. What is 3-2-1? How will it affect Overwatch? ESTNN breaks down this developer update about the triple damage experimental mode. 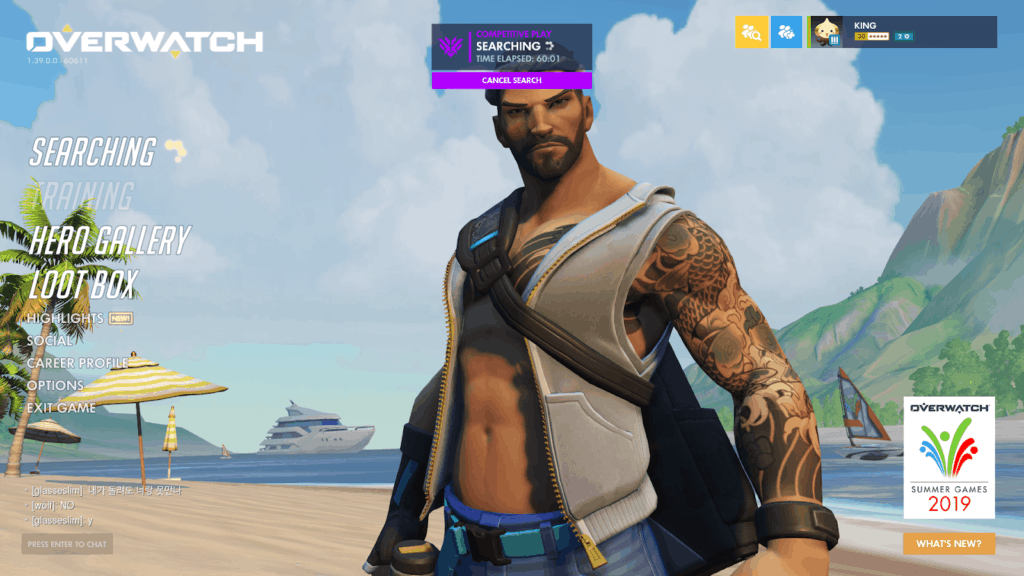 Jeff Kaplan, Overwatch game director, and Michael Heiberg, a principal game designer, explain the need for a new mode with a comparison between Overwatch and an ice cream store.

“People have a propensity toward certain ice cream flavors, just like they do toward roles in Overwatch,” says Kaplan. “This is how I’ve been thinking about it: imagine we’re an ice cream store, and we have three flavors of ice cream. We have chocolate, vanilla and strawberry, and you have to line up for all three flavors separately. So, imagine the vanilla line is way, way longer than the chocolate or the strawberry line. I feel like it’s the wrong philosophy to ask, “What can we do to convince the vanilla people to like strawberry more?” It makes more sense to say, “We need more vanilla ice cream!”

The development team added “more vanilla ice cream,” or DPS slots, by letting three damage dealers join a game, instead of two. This would mitigate the waiting time, while providing a fun experience for DPS players.

Tanks need to evolve to survive the triple damage composition

To enable the triple damage composition, many changes will affect tanks. They’ll now need to survive against three DPS – including the tank-shredding Reaper, shield-destroyer Bastion, Junkrat or Hanzo, as well as the annoying Mei and Doomfist. Moreover, shields cannot disappear as it would leave an open field for Widowmaker. 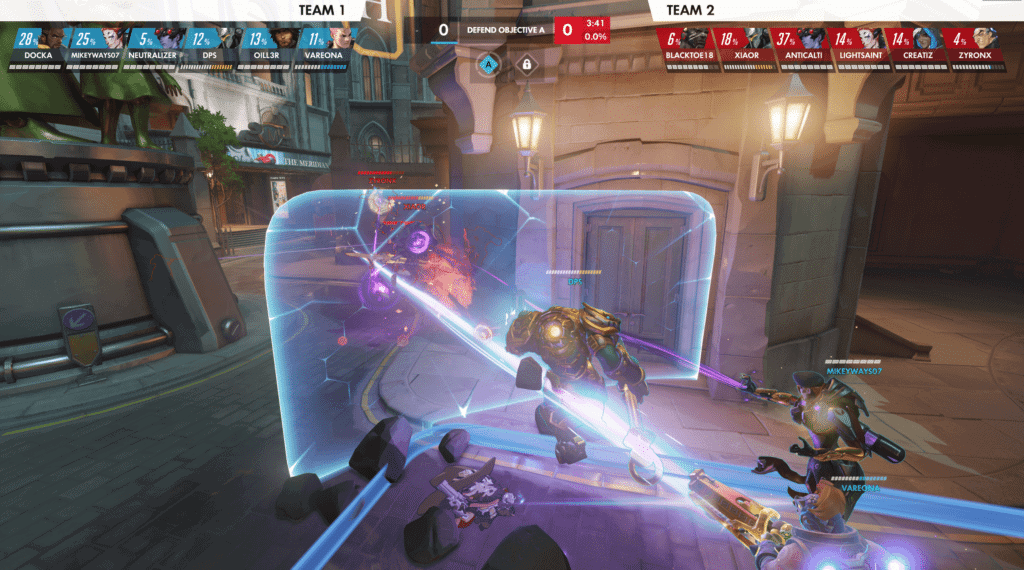 Since the very first days of Overwatch, the game design promoted hero synergies. Main tanks need off-tanks, main supports combine with off-supports, and hitscan heroes pick squishes while projectile heroes destroy the front line. With the new 3-2-1 mode, this synergy is no more. Tanks will have to be able to survive while protecting the team. Which will require several adjustments both for the shield viability and overall hero survivability.

These changes will not affect the general game nor the Overwatch League, as it is still under experiment. Developers are looking for feedback from players, and will not change the overall game balance until they decide whether or not the 3-2-1 mode should go live.

The synergy within support heroes will drastically change with the triple damage composition. As the main tank/off-tank dynamic disappears, the need for a main healer to keep tanks alive and an off-healer for the damage dealers is also gone. The solo tank of the team will take more damage than if it was split between two players, but the DPS heroes will also need more support than ever. 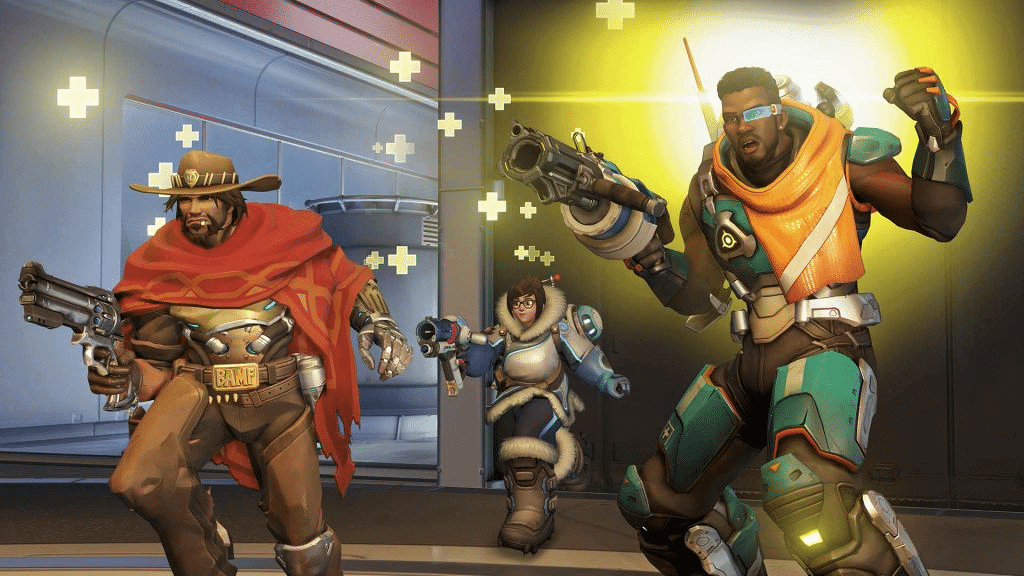 Support heroes with a long range and/or group healing will have a bigger impact. Ana reinforces her place in the meta; with more potential targets for her nano boost and anti-healing nades crucial to win teamfights. Mercy should also have her place in the spotlight, as the collective damage boosting effect of her ultimate ability can enable three DPS to wreck the enemy front line with little effort.

Is the dive meta back?

As shields can be destroyed easily with three DPS, and slow tanks like Reinhardt and Orisa can be easily trapped by heroes like Mei, few players might find it enjoyable to play solo main tank in the 3-2-1 mode. But if they don’t pick shield tanks, would that mean D.Va or Winston be back in the meta, for a new kind of dive composition?

With three DPS heroes, a single tank and two supports, a dive composition seems like the easy choice to make. Tracer or Sombra, Genji, and a versatile hitscan DPS such as Soldier or McCree would be able to pick the enemy supports, flank the opponent team, and destroy the shield pretty easily. For the tanks, D.Va or Winston can jump into the fight, disrupt the team and contest any sniper. On the support line, Lucio can add speed to the melee, Ana can nanoboost the Genji or Winston. 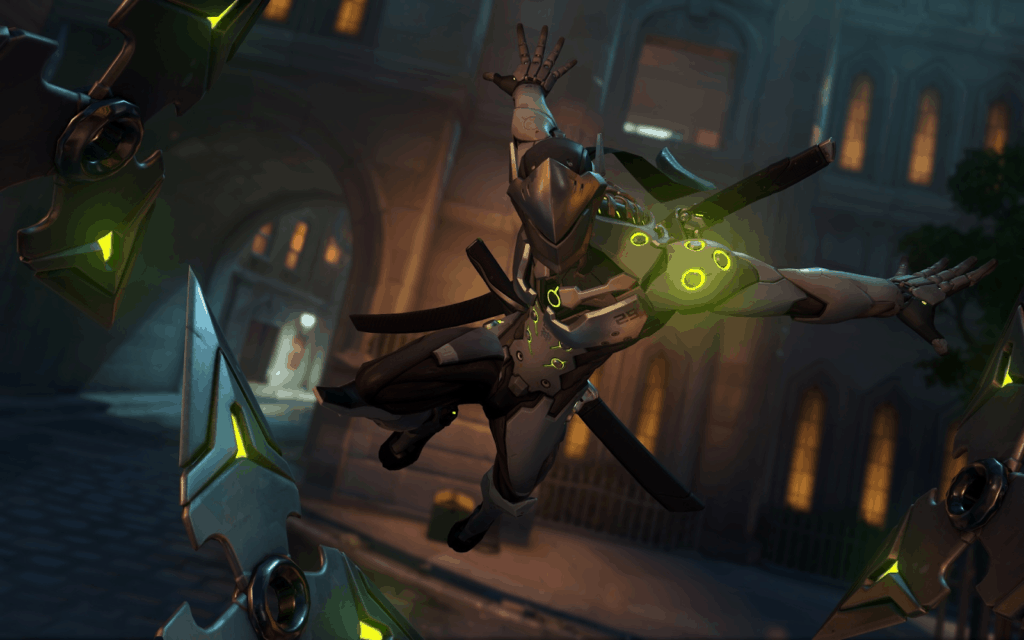 But if the dive comp is back, how could anyone counter it? Three DPS can easily wreck a tank, especially with no shield. Reaper and Mei would be staple picks, with a third DPS spot open for a hitscan or high damage dealer hero. Bastion isn’t likely to be seen in this mode, as a single shield could not protect him from three DPS.

Which heroes benefit the most from 3-2-1?

Mei is the main winner of this experimental mode. Her wall barrier can protect the team like a shield would. She can slow down diving heroes or flankers, and she has a great survivability.

McCree is also a hero that should do well in 3-2-1. As proven in the Overwatch League, McCree is a reliable pick, able to both counter a Pharah, stun a Tracer — Or decimate an entire team with his Deadeye. Moreover, he can stop a Mei from freezing a teammate, or block most DPS ultimate abilities with his stun.

Winston should find his place in the team as well. His diving ability has always been a strong asset. Plus his large hp pool and barrier can keep him safe long enough for healers to help him. 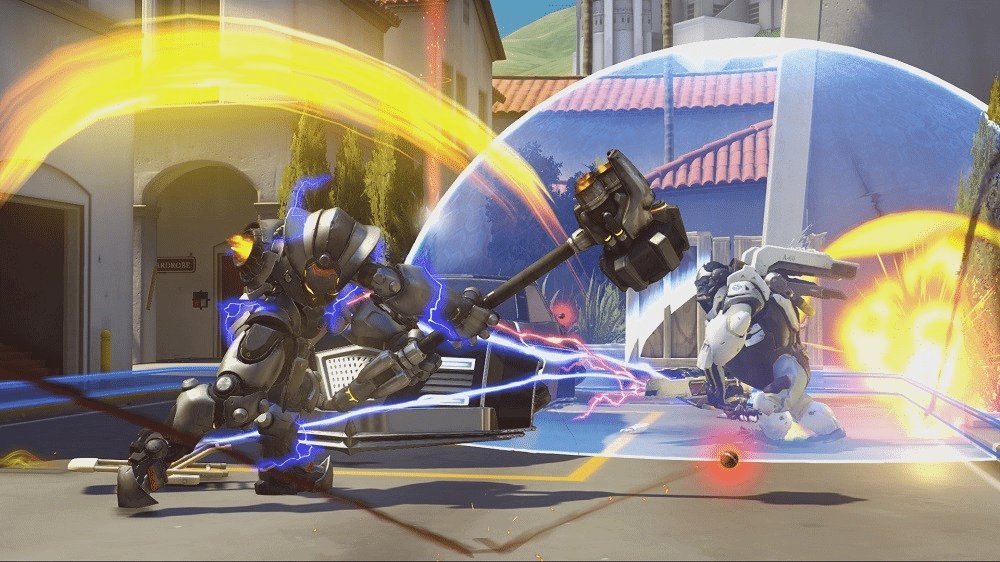 Widowmaker also benefits a lot from this new mode. With a single tank countering her, the enemy team either has no shield to protect their weaker heroes, or no one diving her to force her out of position. The only enemy to a Widowmaker is a better sniper, as she no longer has a tank bothering her.

The only tank with a viable update so far is Zarya. Her protective bubble now spreads to the entire team —preventing one-shot ultimates like D.Va bomb, McCree Deadeye, Doomfist’s Meteor Strike or Junkrat’s RIP-Tire. With both offensive and defensive abilities, Zarya has the dynamic to join any kind of 3-2-1 team. 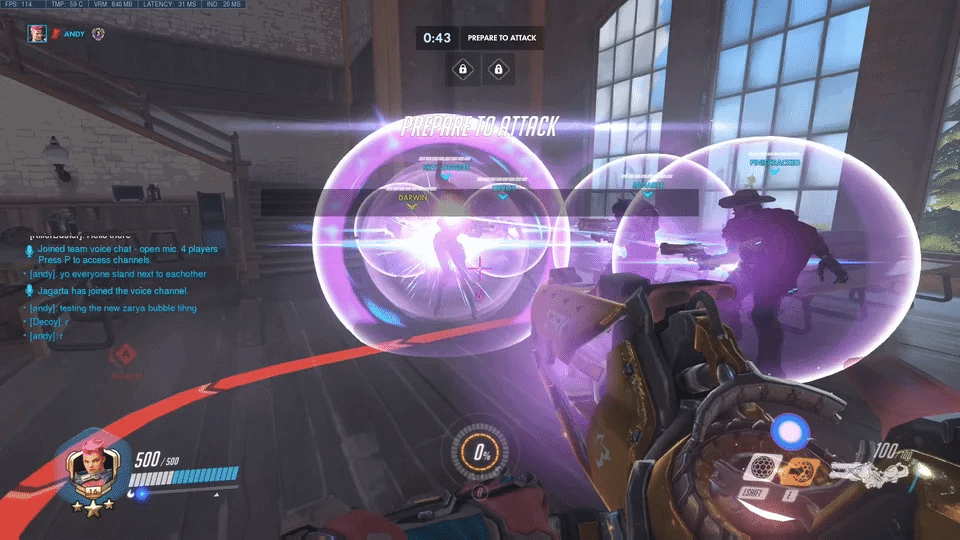 Sombra is useful in 3-2-1, not only as a damage dealing hero, but also for her ability to hack health packs for her teammates. With supports running to help tanks and DPS jumping all around the map — health packs have never been this important. Sombra can give a hand for the healing, and her EMP is still one of the most dangerous ultimate ability for the enemy team — especially with the new Zarya barrier system. 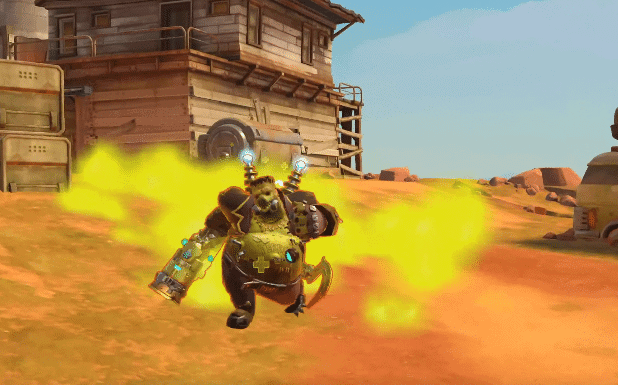 A tank hero that could be under the spotlights again is Roadhog. With a good survivability thanks to his healing ability, as well as the potential to one-shot 200hp heroes with his hook, Roadhog would combine well with a self-sustaining team that wouldn’t need a shield. The Overwatch developers are working on a new ability for Roadhop: the gas cloud — or fart shield. It behaves just like his previous healing ability, but now spreads to other team members — both healing 25hp per second and mitigating damages up to 25% for his teammates.

What about the other heroes?

Reinhardt is probably the biggest loser of this new mode. With an easy-to-break shield and a low mobility, he loses his advantage as a main tank. And his overall viability in the meta. Orisa suffers from the same issue, but her Halt ability is still interesting on some maps with environmental kills.

Hammond, aka Wrecking Ball, is also affected by this mode. With no way to suppress damage for his teammates and a high vulnerability to stun, the hamster brings no value to the team which already has the firepower to contest the point. 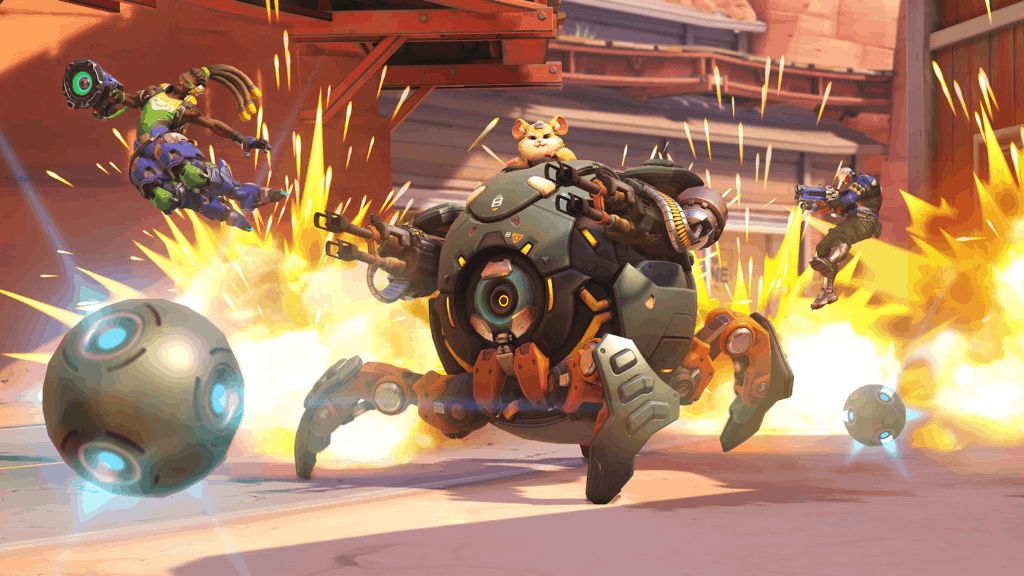 Zenyatta is highly dependable on the team composition. His heals are not enough to keep anyone safe from harm, but his discord can help with a teamfight. However, his low mobility and self-sustainability make him an easy target for both flankers and snipers – with no off-tank to peel for him.

The good coming from this new mode

Reading this article, it may seem like 3-2-1 is a terrible idea for the overall Overwatch game design and play experience. But do not forget that it is an experimental mode, designed to get feedback from the community. While few main tank players may want to solo tank against three damage dealers, it also forces players on picking alternative heroes, and learn new ways of playing.

If the tank needs more healing than ever, it also forces DPS to chase health pack and learn to be more independent. The general way of playing is no longer to stay behind the shield and progress slowly but surely. Instead it’s about being independent enough to survive even without a second tank. 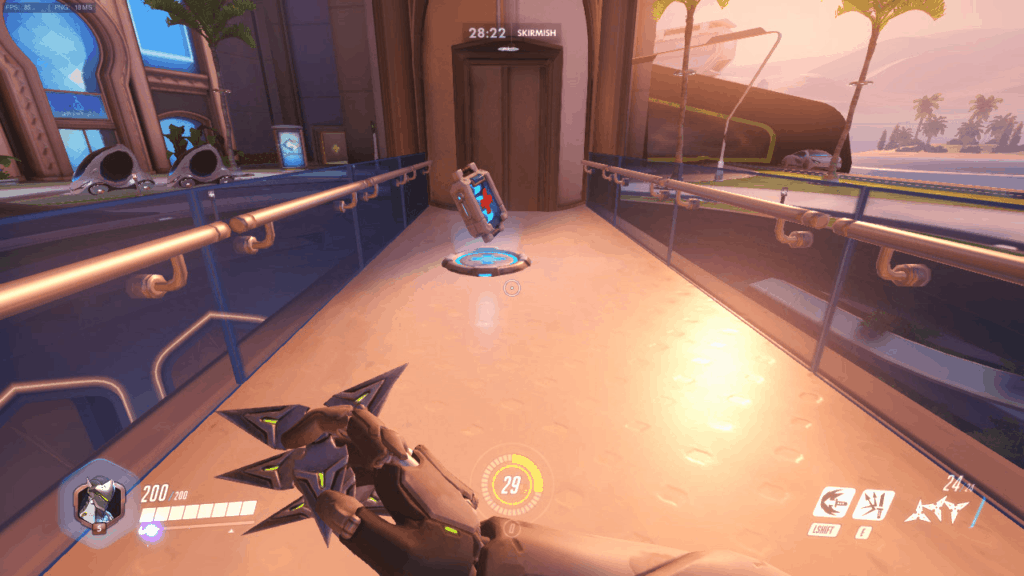 It also allows players to try a new game mode, just like Total Mayhem, Low Gravity or No Limits; while they don’t have the same rules as the original game, it gives a fresh playing experience and brings fun between two games.

The community feedback will decide whether or not 3-2-1 is meant to stay, and under which format – Competitive or Arcade