According to Norwich City, 1J Esports has been designed to create a new brand identity for its esports team, whilst also paying homage to the football club’s heritage but utilising its location and postcode (NR1 1JE). 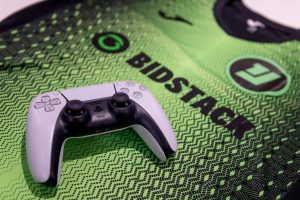 In the esports team’s mission statement, 1J Esports plans to initially compete within the FIFA scene. However, the team also mentioned its desire to enter into other titles in the future.

Discussing the launch, a 1J Esports spokesperson stated: “We pride ourselves on creating a fun, welcoming community of gamers for everyone to enjoy. Whether you are a professional, someone looking to improve their skills, a complete beginner, or just here for the content, there will be something for you to enjoy.

“We are built from the same DNA as our club. Growth, resilience, integrity, pride, belonging and commitment. These are our values and they influence the way we think, communicate, and behave with each other and with our community.”

Norwich City’s decision to launch a separate esports team follows on from its renewed partnership with advertising company Bidstack. As a result of the collaboration, the company was named as the football club’s official esports partner.

Alongside launching competitive initiatives, 1J Esports has also claimed that it will provide regular, free-to-enter tournaments for its community. This is expected to culminate in the creation of an esports academy.

Esports Insider says: It’s great to see more football clubs become actively involved in esports. Given the growth of Wolves Esports over the last 12 months, it isn’t surprising to see Premier League clubs look at potential opportunities within the space. It’ll be interesting to see what approach Norwich takes with 1J Esports and how much of an emphasis will be put on competitive success.