The two entities will collaborate on an eight-episode, investigative podcast which will be released in 2022. This will be the first project for Wolf’s newly-launched audio and video production company, overcome. The company’s main focus is independent gaming and esports storytelling content. 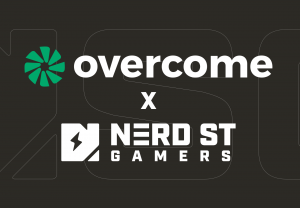 John Fazio, CEO and Founder of Nerd Street Gamers, said: “Supporting talent, innovation, and growth in the esports industry is at the core of what we do at Nerd Street. Our partnership with Jacob and Overcome is our first tangible opportunity to demonstrate how we can support the talent that pushes our industry forward.

“Authentic journalism is an essential pillar of growth for esports and we’re excited to back one of the industry’s leading journalists. This is just the beginning.”

While working with Nerd Street Gamers, Wolf will also keep his role as Chief Reporter and Investigative Lead at Dot Esports.

Jacob Wolf, Founder and Executive Producer of overcome, added: “Over the past seven years, I’ve covered esports as it’s Evolved from a scrappy penny-pinching niche to a playground for millionaires and billionaires. The industry has grown significantly but it feels like journalism and storytelling are oftentimes an afterthought.

“With overcome and this partnership with Nerd Street, I’m hoping to change that, telling well-researched and reported stories in a format that anyone—regardless of their knowledge of esports—can enjoy and understand.”

Prior to rejoining Dot Esports in January, Wolf worked for ESPN and helped build its esports department. At ESPN his responsibilities included breaking news, writing features, and appearing on video talk shows and in produced features.

In 2018, while working for ESPN, Wolf also won the Journalist of the Year award at Esports Awards and he is also nominated for the same title this year.

Esports Insider says: At such a young age Jacob Wolf has managed to leave his mark on investigative and esports journalism, by breaking crucial stories to the industry. The podcast is set to become a success considering Wolf’s experience and fresh outlook and Nerd Street Gamers’s expertise in sales and marketing.