Home » Minnesota Rokkr On Their Search And Destroy Dominance

Minnesota Rokkr On Their Search And Destroy Dominance

Minnesota Rokkr spoke to ESTNN on their Search and Destroy dominance

Being 5-1 in the season so far, Minnesota Rokkr has dominated in Search and Destroy. So we asked them about the game mode, and whether it had been religiously practiced, or if it came naturally to the squad.

Accuracy: “I don’t think we’ve put in too much more time than any of the other teams. We’ve just done the standard going over strats and making sure we’re on the same page. However, I think the reason why we’re good at SnD is because of the people we have on the team.

You can’t game plan for everything in SnD. Things go wrong in mid-rounds and you’ve got to adapt, make new strats up on the fly. You can’t prepare for a lot of things in SnD, so as long as you’ve got people who can adapt properly in mid-round situations, you’ll be successful.”

Saintt: “In SnD you can game plan breakoffs, setups, and all the standard stuff. But when it comes to what happens after a team gets the first blood, the first two kills, a 2v2 situation, a 1v1 situation. You can’t prepare for that. It changes depending on your opponent, your position on the map there’s so many intricacies that make it so dynamic.

Last year our team was great in the early round, but as the round progressed, we started to lose them. I think this team we have this year really knows how to play late rounds.”

Priestahh: “We all play a lot of SnD. MajorManiak and I used to play back in Black Ops 3 a lot so we already had chemistry and we have a similar thought process. When we talked about it with the squad everything just clicked, and Search came naturally to us.”

Minnesota Rokkr will start the first Major of the season in Elimination Round 2, and face off against either Toronto Ultra, or the London Royal Ravens. While their stage one has been good so far, they’ll be looking to break into the top four in this week’s Major, starting Wednesday, March 3. Here are some of the most interesting things that happened in the Tiebreakers. After several First International Valorant Tournament To Be Held In Iceland 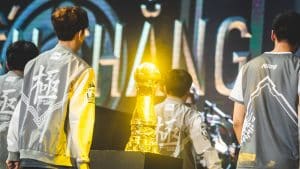 Toronto Ultra are back with yet another $100K Warzone Tournament, here’s everything you need to