TSM and LGD had the honor of wrapping up the first round-robin of the Group Stage. 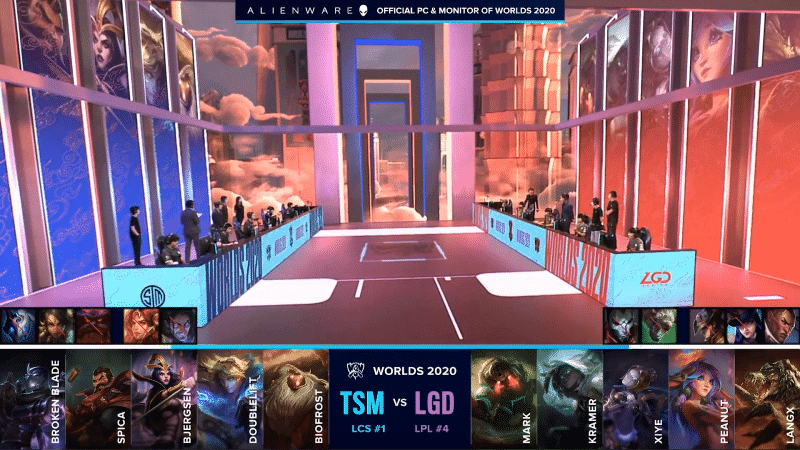 The final game of the day saw TSM needing a win to keep their Worlds dream alive. After losing to Fnatic and Gen.G, it was critical that TSM pick up a win against LGD. LGD on the other hand could go joint top with Fnatic and Gen.G with a win over TSM. This would cut the group down to a three-horse race going into Week Two. It wasn’t the early game TSM needed as Doublelift is caught out in the bot lane and LGD is able to punish. While TSM tried to stay in the game with a good gank in the bot lane, LGD kept their 2k lead into the mid game period as they started to put the pressure onto the NA roster.

It went from bad to worse for TSM as LGD took all of the outer turrets at the 16-minute mark. They also claimed a drake, removing the hope TSM had of an early Soul. At 22 minutes LGD found a resounding team fight victory as they take out four members of TSM losing just one in return. They claimed the third drake and drop of Rift Herald mid to compound the issues facing the NA roster. TSM tried to be proactive but Doublelift was caught out and the game continued to get away from them. LGD took the next Soul point drake uncontested.

The Soul point spawns and TSM stopped LGD from taking it but in return loses four members in return. They’re able to take down two members but lose a mid lane inhibitor as their base is left nearly exposed. LGD started up the Baron with TSM hovering over them, but LGD turned off the Baron and took the fight. Despite Bjergsen getting a huge early kill, LGD is relentless in their pursuit of the game victory. They Ace TSM and march into the base.