North American esports organisation Immortals has announced that it is relocating its operations to the Great Lakes region (GLR).

Operating on a ‘hub and spokes’ model, the centre of Immortals’ operations will be in the Detroit Metropolitan area. However, the company will also operate a number of smaller ‘spokes’ across cities and college towns in the GLR. 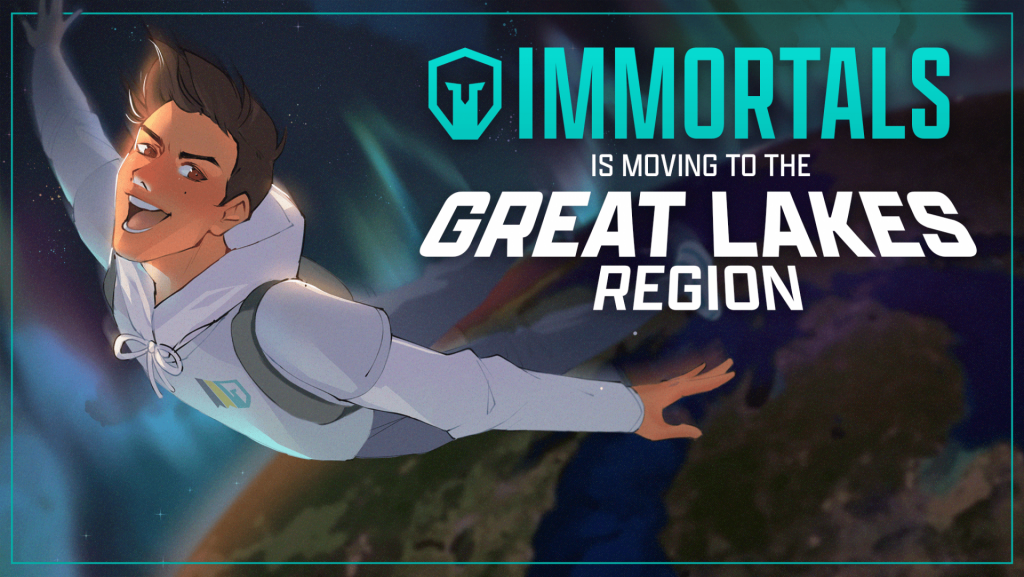 Moving away from its base in Los Angeles, the Great Lakes region includes Illinois, Indiana, Michigan, Minnesota, New York, Ohio, Pennsylvania and Wisconsin.

The esports organisation has already announced partnerships with municipalities and local community groups across the region. The goal behind these partnerships is to amplify or build new esports and gaming events such as tournaments.

According to the release, Great Lakes-based initiatives such as gaming summits for municipalities and local corporations, as well as civic and business leaders, will kick off in Michigan and Ohio this November.

Jordan Sherman, CEO of Immortals, explained the reasoning behind Immortals’ move: “As a Michigander and a University of Michigan alumnus, I know personally how much value gaming, through Immortals, can deliver to Great Lakes communities.

“We’ve observed the strides the GLR has made in making itself a destination of choice for growing companies, technological innovation, entrepreneurs, and emerging industries. All of these characteristics make the GLR an ideal market for competitive gaming, and Immortals aims to bring that opportunity to life.”

Despite the move, Immortals has confirmed that its League of Legends team will remain based in Los Angeles. However, the organisation will look to add an all-women VALORANT team based out of the Immortals’ Great Lakes headquarters.

The organisation has already also announced a series of tournaments and activations focusing on the Great Lakes. These include the ‘Immortals Invasion’ Wild Rift takeover in Ann Arbor, Michigan, as well as a University of Michigan Esports LAN Event. These tournaments were announced alongside a series of ‘Immortals Gaming Summits’ in the region.

Finally, Immortals has cited that it intends to work closely with student groups in the region to improve its presence and bolster its regional esports ecosystem.

Esports Insider says: It’s great to see an organisation actively pursuing esports opportunities in different regions. Immortals are looking to dominate Great Lakes’ esports landscape and if announcements are anything to go by, there’s going to be a lot of opportunities for students, companies, and universities within the region.