It’s been six long years since Blizzard took a chance and dove headfirst into the TCG market.

For six long years, Hearthstone fans have been grinding away on the ranked ladder and battling it out in the Tavern. As a result, Blizzard has decided to do a small anniversary event to reward players’ dedication. 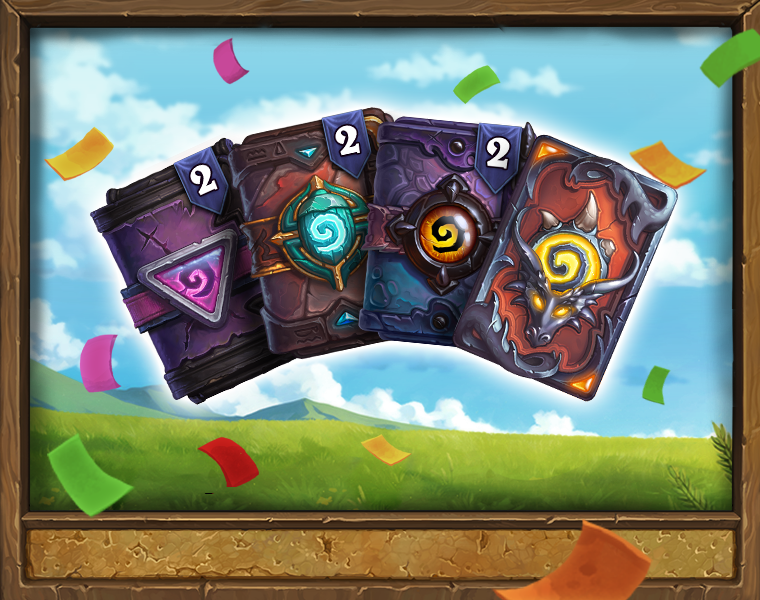 The Spirit of Competition event will take place between March 4 and 17. Players can log in anytime during the event to obtain six free card packs. Players will get two packs each from the Rise of Shadows, Saviors of Uldum, and Descent of Dragons expansions. Players will also be able to obtain the exclusive Year of the Dragon commemorative card back.

You’ll also want to make sure you have room in your quest log because the event will launch with a new chain of Legendary daily quest. On March 4, players will obtain a quest that awards them a Descent of Dragons card pack for playing two games in any mode. On March 5, players will obtain a quest that awards a Rise of Shadows pack, as well as a Saviors of Uldum pack in exchange for playing 20 cards. The final quest will drop on March 6 and requires you to take 30 turns. After doing so, you’ll be rewarded with a pack from the Rise of Shadows and Saviors of Uldum expansions.