With just about three weeks before Call of Duty: Black Ops Cold War releases, leaking season is back in full swing. It’s around this time every year that tidbits of information begin to trick in about the new title. As more people get their hands on the game and as developers start to prep for launch, leaks are inevitable. One of the more common leaks to see is the Achievements and Trophies list.

On any platform, there are trophies that players can earn for completing a certain task. This is more common to see for the Campaign, but the multiplayer and Zombies modes feature several achievements on their own. Although, when players looked through the leaked list, one common trophy for multiplayer wasn’t there.

While we can’t confirm that the leak by COD Tracker contains the full list of achievements, it seems pretty set in stone. There are images and comprehensive descriptions for each of the trophies. However, there’s no mention of a Prestige trophy among them.

This has been fairly commonplace in the past. Traditionally, you’d receive a Trophy for hitting level 55 or prestiging for the first time. Also, titles featured a trophy for reaching Master Prestige. Black Ops Cold War, as of right now, doesn’t appear to feature this achievement.

While fans might be disappointed, this doesn’t mean Prestige Mode isn’t returning. After all, Treyarch hasn’t even let us know what the progression system will look like. We could have a prestige system, a seasonal rank like Modern Warfare, or some kind of hybrid. 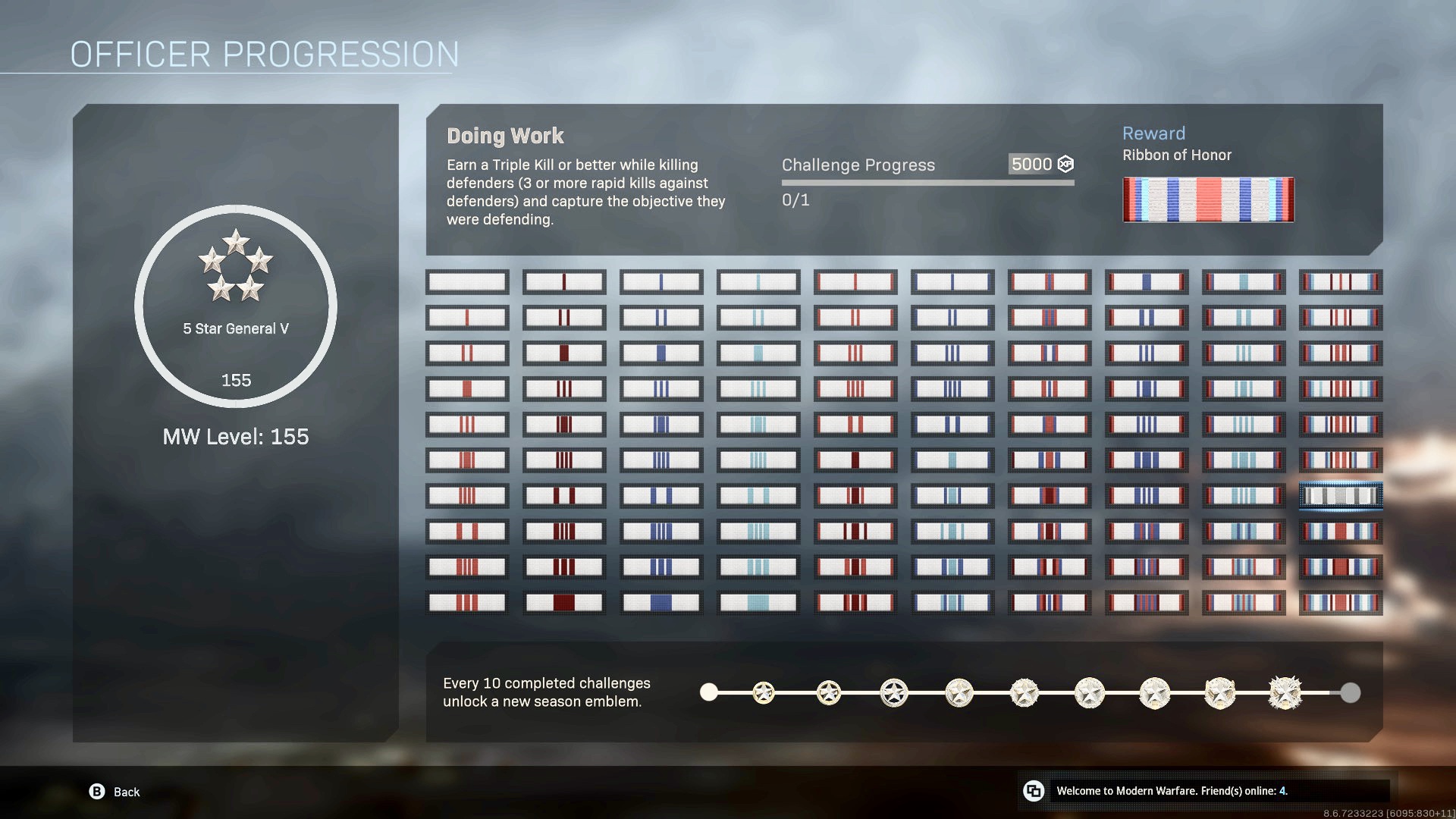 Modern Warfare featured a seasonal rank with Officer Challenges as a progression system. Image via Activision

Perhaps there’s no leaked trophy for ranking up because Treyarch is still developing the system before launch. Although, it seems likely that they would be finishing up the system soon, as it’s less than three weeks until release.

In terms of the odds, it doesn’t seem too likely that the traditional Prestige system is returning in Black Ops Cold War. However, this doesn’t mean that some kind of evolved system isn’t in the cards, as the community made it clear they didn’t like Modern Warfare‘s seasonal ranks.

We should be hearing about the game’s progression system within the next couple of weeks. Until then, keep up with Daily Esports for all Call of Duty news.