Get ready for the epic return of King’s Canyon.

The developers at Respawn Entertainment surprised players this week with an announcement that the original Kings Canyon would be returning for a limited time. This map was immensely popular among the community and its return has been highly requested. Respawn has grown a reputation for implementing community requests in a limited fashion. We have seen a limited time solos mode, a duos mode, and now, the map that started it all is back. Apex Legends players can drop in on Kings Canyon starting Friday, February 21. The map will be available in a separate unranked mode until Monday, February 24.

Additionally, it was announced at the beginning of the season that Season One Kings Canyon will be the map of choice for the second half of Competitive Season Three. This means that Apex Legends players will have many opportunities to revisit this old favorite. In preparation, we thought it would be appropriate to create a list of the best landing locations in Kings Canyon. Take a trip down memory lane with us as we go over the top drop spots in Kings Canyon.

What Kings Canyon location list would be complete without Skull Town? Skull Town gained notoriety early after the release of Apex Legends. Skull Town is a favorite of players looking for fights early. The plethora of buildings gives ample opportunity to loot up quickly and jump right into the action. The location is a popular hot zone, the team that makes it out will be stacked to the brim with powerful loot. The only problem with Skull Town is the rampant third-partying that goes on there. You can guarantee that if you start a fight in Skull Town another team will be right there to clean you up. These facts make Skull Town ideal if you are going for high-kill games. There will almost always be at least 12-15 of the 60 players landing here. 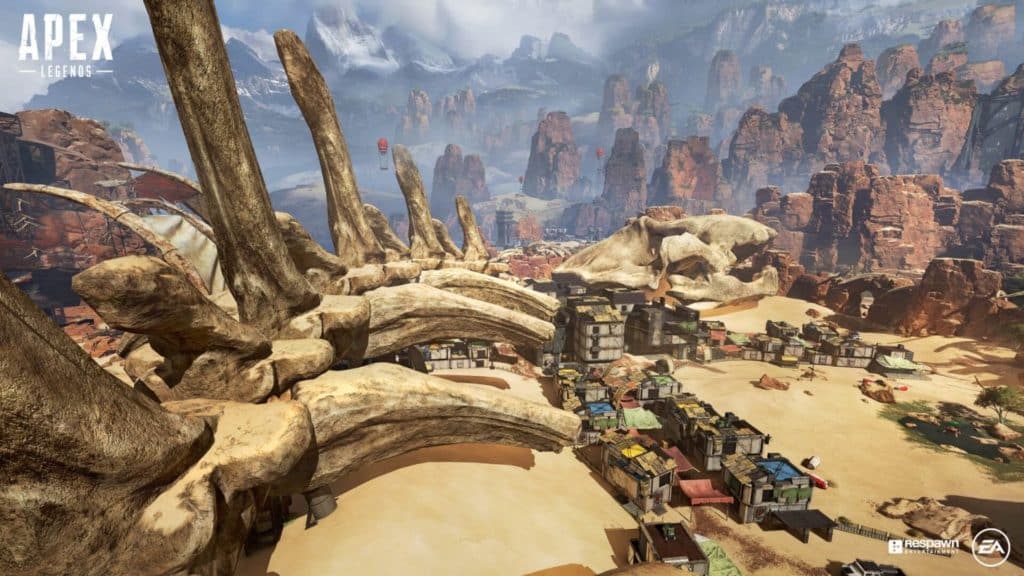 Cascades is a location many of the OG players have been looking forward to. It was removed from the map when Kings Canyon was updated at the start of Season One. Cascades is another popular hot zone certain to have a few teams brawling over it. The central location on the map makes it the perfect landing spot for teams not looking to rotate far to the zone. Also, it is in close proximity to other popular drop spots such as Artillery, Bunker, and Bridges. Skilled teams can land here and rotate out quickly in pursuit of other players and fights.

If you are looking for a more middle-of-the-pack drop spot, look no further than Airbase. Airbase is always filled with loot and the chance for a few early game fights. Airbase is hit or miss, sometimes you will have no teams there and sometimes you will have three-plus. Regardless, there is plenty of loot to go around. In addition, the area is rather spacious. Multiple teams can usually loot in peace while they prepare to engage in battle. There is enough space and cover to avoid getting chased down and killed before you can get a gun. The nearby balloons make rotating from Airbase easy. Airbase is the ultimate drop spot for teams that want in on some early action but also don’t want to get third-partied to death.

Artillery is another popular high-tier loot location. And it is huge. It has multiple massive hangers with powerful loot on each floor. Artillery usually has a few squads dropping in but never as bad as Skull Town or Cascades. The loot, however, rivals that of the gear found in those locations. Artillery provides teams with the same high-quality loot without the need to fight off four-plus squads. If you find yourself beat to the ground, there is a tunnel and underpass connected to the main Artillery base. Players can escape through the tunnels to even more loot if they miss out on the original drop. Consider landing at Artillery if you are tired of constantly dying off of spawn but still want to leave your drop spot fully geared.

The Swamps are a great location for beginners or players looking to take their time and play for end-game. Swamps is loaded with loot. The best part is, it can sometimes go completely uncontested due to its isolated spot on the map. Teams can take their time and loot up completely without much fear of fighting through multiple squads and third-parties. Be wary though. Depending on the location of the circle, teams may need to rotate early to avoid the ring. 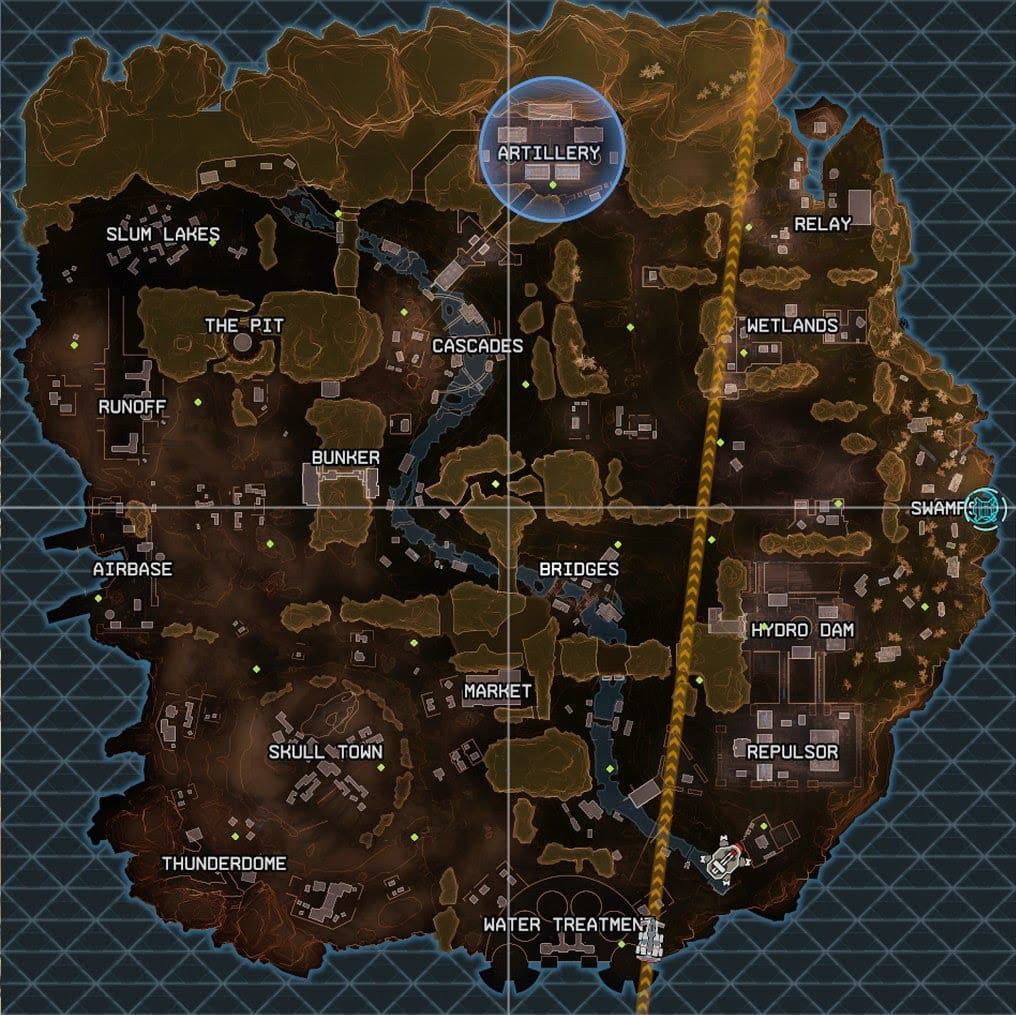 If you are a masochistic Caustic main, skip over this paragraph. Bunker is a heavily contested spot more for the memes than for the loot. Bunker is a tight, narrow corridor filled with only five rooms. Despite this, many teams land their every game to fight over the limited loot. If your goal is to win the game, you should avoid the Bunker. Only land Bunker if you want some close-quarters action and the chance to catch unsuspecting players with a few Caustic traps.

The Pit is perhaps the location least deserving of a name. This is a small, circular location between Runoff and Slum Lakes. Despite its cool name, it is severely lacking in loot. This is made worse by the fact it is surrounded by locations with much more high tier loot. The team landing at The Pit will have a hard time winning any fights vs. teams rotating out of Runoff or Slum Lakes. Good luck finding many unlooted supply bins or buildings once departing from The Pit. You likely will need to win a fight vs. considerably better-geared opponents if you want any more loot. The Pit should never be the first option for any team as a drop spot.

There you have it for the list of our best drop spots. Kings Canyon is home to many great locations but these are our favorites. You may find that another location we didn’t mention is your squad’s favorite. Don’t let us decide for you, take this time to revisit the legendary Battle Royale map and figure it out for yourself.